Meet the ‘greatest hits of Jewish thought’ — the Haggadah

In his new book, 'The Telling,' Mark Gerson explores the Haggadah, which he believes is the 'best book ever written word for word' 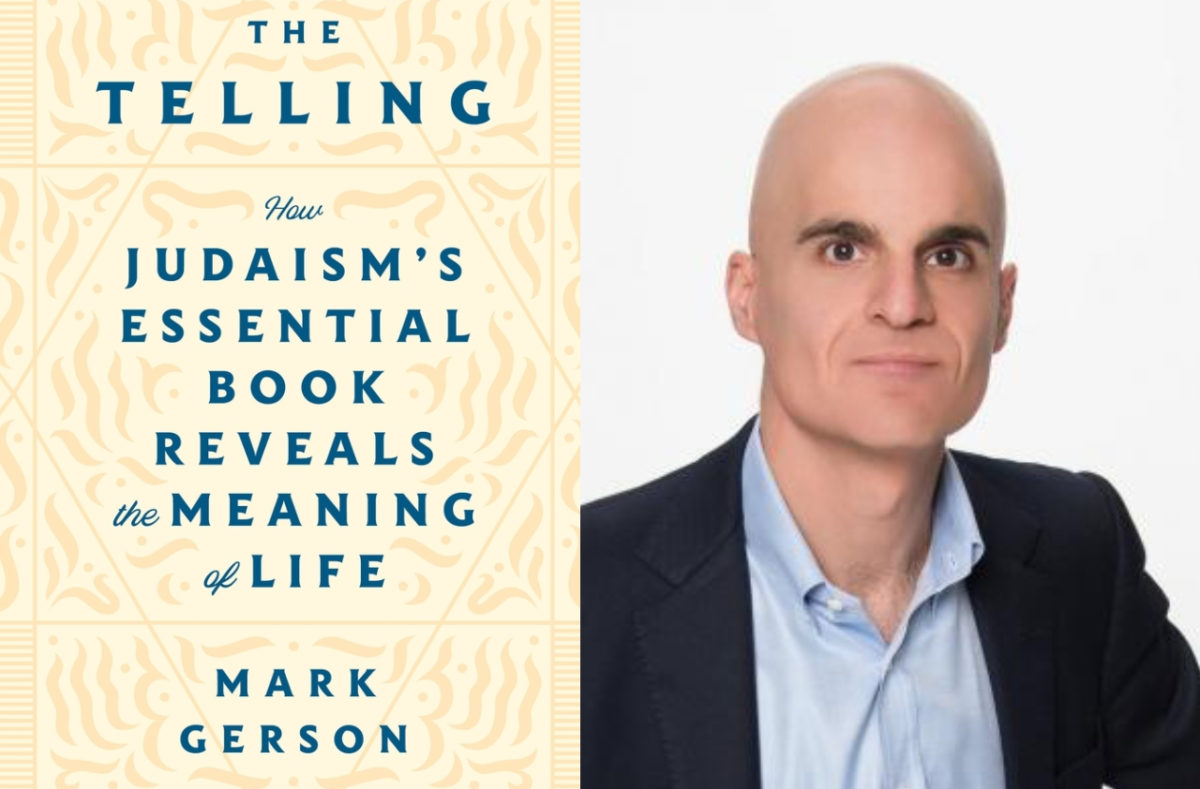 Fifteen years ago, Mark Gerson, the co-founder and chairman of United Hatzalah and African Mission Healthcare, was invited by a friend for the unexpected combination of a cigar and Haggadah study session. Apprehensive to believe the Passover manual required more of his attention, Gerson agreed to join what seemed more an excuse for a cigar than an illuminating discussion.

To his surprise, the evening jumpstarted an obsession with the Haggadah. “It is nothing less than the greatest hits of Jewish thought,” Gerson told Jewish Insider in a recent interview wedged between virtual book tour appearances for his latest title, The Telling: How Judaism’s Essential Book Reveals the Meaning of Life.

The interview has been edited and condensed for clarity.

Jewish Insider: Passover is probably the most popular holiday in Judaism, why is that? Is it for the same reasons the Haggadah is the “greatest hits of Jewish thought”?

Mark Gerson: I don’t know because I don’t think most people recognize the Haggadah as the greatest hits of Jewish thought. If people go through it quickly and basically treat it like a dinner program — literally, the book you get to before you can get to the meal — we’re not going to see this ‘greatest hits of Jewish thought,’ and we’re not going to get very much out of it. Just the fact that it is completely loaded with Jewish wisdom, perfectly oriented, to help us live happier, better and more meaningful lives in the year to come — it’s the best book ever written word for word, but if you treat it like a dinner program we’re not going to see it that way. Alternatively, if we think that the obligation of the Seder is to get through the entire Haggadah, we’re going to have a similarly bad experience, because we’re not going to be able to really stop and contemplate the existential lessons and the life-altering meanings that come out of basically every passage.

JI: Why do you think it’s so significant that the Haggadah and the Seder are so full of questions?

Gerson: That’s such a deep and fundamental question, and it gets to the essence of Judaism. The fundamental characteristic that all children share all over the world and all throughout history is curiosity, and every parent knows that when a child is two or three years old what that child will say about 20 to 25 times an hour… And so Moses — he’s a genius psychologist — identified the curiosity of children. He heard those 20 to 25 ‘whys,’ and he said, ‘That is what I will build the future of the Jewish people on, on the questioning of their children.’ These are all basing education on the question. The idea of using education at all as a means for perpetuation is totally radical. Because if one generation takes it off, the whole previous chain is broken… So it’s paradoxically on the basis of questioning, which leads to unpredictable answers and unexpected responses that we’ve built the future of the Jewish people, and that’s the focal point of the Seder night.

JI: Does that make Judaism more liberal than most religions?

JI: What do you think is the most important question in the Seder?

Gerson: I think they’re all important. The Haggadah, because it asks and answers all the great questions in life, it addresses each of us at any stage we’re at. Whatever anyone’s thinking about, aspiring towards or going through, the Haggadah is there to help in different passages. So it’ll be different for each person in each year.

JI: One of the passages you look closely at is perhaps the most perplexing and problematic of the whole Haggadah — the Wicked Son. What did end up finding so redeemable in that passage?

Gerson: It’s a very interesting response because the phrase blunt your teeth, a lot of people think it means punch him in the face. I don’t know if people thought that in ancient times, but certainly now when we hear blunted teeth, we think punch him in the face but then we realized that same expression comes from Ezekiel and Jeremiah. So where was that used? Well, it was used twice, neither of which had anything to do with punching anybody in the face. It was that the father who ate sour grapes and his son’s teeth were blunted. [Ezekiel 18:12 and Jeremiah 31:29] It’s clearly an expression of the father accepting the blame. This is why it’s good to really consider this when one has small children, because then you could think, what might I be doing that will lead to a wayward child when the child is 15 or 16, and then not do it.

JI: After a full year of the COVID pandemic, what new understanding do you bring to the Seder?

Gerson: Exodus 12 has this very strange but deeply instructive passage which says that there can be no leftovers at the Seder meal. Why are leftovers un-kosher for Passover? You can have leftovers any other time, but not after a Seder meal. It explains that if one household is too small to consume a lamb by itself, it must invite another household. Now we know from Josephus and modern science that it took approximately 15-20 to consume a lamb, meaning every household is too small to consume a lamb. So we begin this fundamental night of Jewish peoplehood — the great new year of the Jewish people — in the act of giving and sharing the spirit of hospitality. And that’s why we set big Seders, because it tells us to in the Bible. We couldn’t do that last year, and we really can’t do that this year.

JI: You write about how the Egyptians don’t seem to learn from the plagues. After letting the Israelites go, Pharaoh decides “Actually, we’re going to go after them,” and of course we know what happens then. How do you see that as a warning to us now?

Gerson: Everything in the Haggadah exists to teach us a lesson to be implemented today… and if we don’t see it in the passage, we’ve just got to keep interpreting. The purpose of the plagues was obviously not just to free the Jews, because if God wanted to free the Jews, as my daughter said when she was five years old, well, why don’t you just use a magic carpet or a big waterslide which starts in Egypt and ends in the Promised Land? (I would pick the waterslide.) But that wasn’t his purpose, that was one of his purposes, but his purpose was to educate the world that he is the one true God and that people should turn towards ethical monotheism. That’s the purpose. He wants to win an argument.

JI: Any special plans for this year’s Seder? Anything new or different?

Gerson: Well the difference is it’s the second year of just family, and, God-willing, it looks like the last year of just family. Normally we have 50 people or so — Jews, gentiles, people who have never been to a Seder before. It’s often a gentile at the Seder who is coming with such newness, freshness and appreciation who are the ones who most enhance and enrich the evening.

JI: Who are the Seder guests past or present you would most like to invite?

Gerson: No one’s ever asked that. Number one is Martin Luther King Jr., because he was living the Exodus story. Exodus is the great freedom story for the world and he was magnificently applying it to the struggles of his day… You know who else I’d like to have? I don’t even know who this person is, but in the Capitol there is a relief of 23 lawmakers with 11 facing one way, 11 facing the other, and Moses in the middle. I want to know who designed that, because the greatest Seder of them all is American history. I would say Harriet Tubman, who was nicknamed Grandma Moses. This story massively inspired her as well. It’s the quintessentially Jewish event with quintessentially universal implications and applications so I would want to have Maimonides — the quintessential rationalist whose approach I so deeply admire. I’d love to have some of the early rabbis. I talked in the book about how the early rabbis all had professions. If they weren’t working hard enough at their profession, whether it was a shoemaker or a carpenter or whatever it was, they were criticized by saying people say that you’re not going to be a great rabbi unless you work hard at your profession. I’d love to have that discipline.