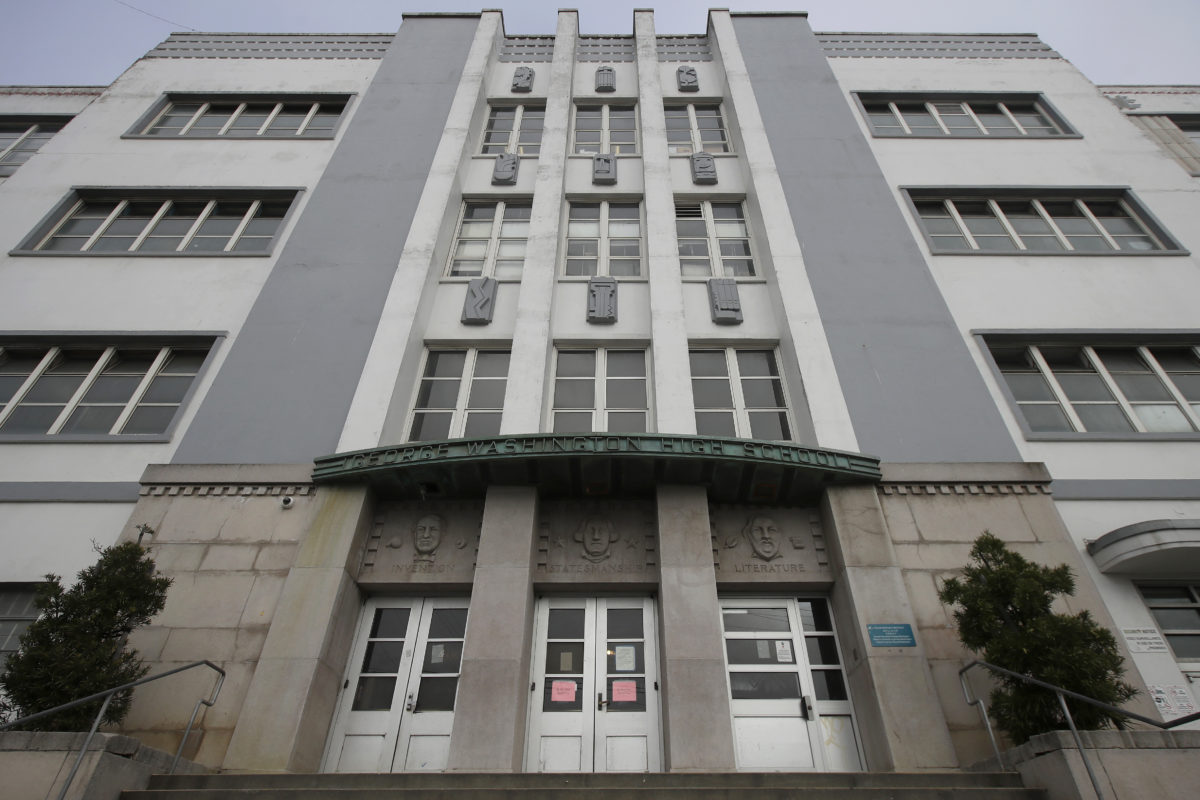 Some Jewish groups in California are advocating for 11th-hour changes to California’s ethnic studies curriculum just days before the state’s board of education holds a vote on the final model curriculum.

The vote on Thursday will mark the culmination of a controversial years-long effort to implement a statewide ethnic studies program, making California the first to provide a full curriculum for classroom use. The fourth version of the model curriculum, which was released earlier this month, is currently undergoing final revisions and will be presented to the state’s board of education ahead of Thursday’s vote.

Previous drafts have come under fire from Jewish groups for lesson plans that include what they claimed was antisemitic content and references to the Boycott, Divestment and Sanctions (BDS) movement against Israel. While the fourth iteration of the curriculum is seen as a significant improvement over prior versions, local Jewish activists told JI, some issues remain to be addressed.

“By any reasonable grading parlance, the proposed final version of the ethnic studies model curriculum constitutes an ‘Incomplete,’” Richard S. Hirschhaut, the director of the American Jewish Committee’s Los Angeles office told JI. “Though much improved [from earlier drafts], it remains a work in progress that will require the continued vigilance of the Jewish community and our many partners to ensure that teacher training and classroom instruction accurately reflect and respect the rich mosaic of our diversity. California students deserve nothing less.”

The advocacy group Jews Indigenous to the Middle East and North Africa (JIMENA) put forward a lesson plan — which was included, with some edits, in the second, third and fourth drafts — that covers the Mizrahi Jewish experience. JIMENA’s lesson plan — one of two in the model curriculum that teaches about Jewish Americans — also included the International Holocaust Remembrance Alliance’s working definition of antisemitism, as well as the Anti-Defamation League’s definition. The definition was edited in the latest version to remove links to primary sources, a move that has been protested by some Jewish groups. The current draft also removed a link to a 20-minute video on Jewish refugees from Arab countries.

A second curriculum, written by the Jewish Community Relations Council of San Francisco, highlights the diversity in the American Jewish community and includes its own definition of antisemitism. References to white privilege experienced by some Jewish Americans were removed from the current draft of the lesson plan.

Both lesson plans offered by Jewish groups are listed in a section on “Interethnic Bridge-building,” which falls outside the four core subject areas in the statewide curriculum: Native Americans, African Americans, Asian Americans, and Latino/Chicano Americans. Other groups included in the section include Sikhs and Armenians. 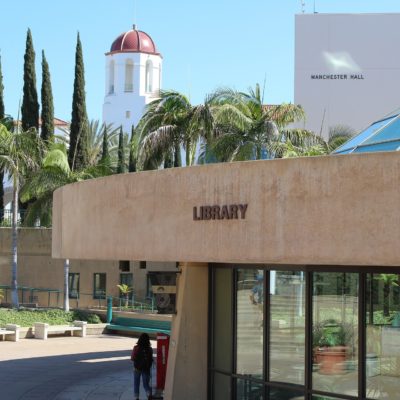 “We need to be treated equally to all other Middle Eastern communities and all South Asian communities,” Sarah Levin, the executive director of JIMENA, told JI. Levin has the support of a number of organizations pushing for changes ahead of this week’s meeting.

The lesson plan on the South Asian community “includes a definition of Islamophobia and material about Arab Middle Eastern Americans and Muslims,” said Rabbi Serena Eisenberg, the director of AJC’s Northern California office. “But it doesn’t define antisemitism or include material on the Jewish Middle Eastern Americans, which is a large population in California. So we’re back to square one — that in the core part of ethnic studies, Islamophobia is defined and taught, but the lesson plan on antisemitism and Jewish Middle Eastern Americans was put into the supplemental bridge section for groups that are not considered ‘people of color.’ This placement obscures the complexity of Jewish ethnicity — since we know that Jewish ethnicity encompasses a variety of religious, racial, and national dimensions.”

“So we are back to where we started in August of 2019,” she added. “The fix is for the State Board of Education to move the JIMENA lesson plan to the Asian section as well, so that ethnic groups are represented fairly and consistently.”

Jewish groups have also raised concerns over a new lesson plan, titled “An Introduction to Arab American Studies,” that was added into the fourth draft but did not appear in prior versions and was not subject to a 45-day review period. The lesson plan, which highlights the teachings of Edward Said, was co-authored by Dr. Susan Douglass, an educational consultant at Prince Alwaleed bin Talal Center for Muslim-Christian Understanding, housed in Georgetown University’s School of Foreign Service. A November report released by the Department of Education found that the university failed to properly report the Saudi royals’ $20 million gift to the center.

At least four of the links provided in the lesson plan include content referencing Palestine, which activists told JI was a workaround, as the curriculum couldn’t explicitly mention Palestine. “When you click through, you see that those sites talk about not Palestinians but Palestine, which was something the state decided it couldn’t say, because Palestine is not a recognized place. They could talk about the territories, but they can’t say Palestine. But now they’re linking to websites that say Palestine,” an individual involved in the process told JI.

The lesson plan also includes multiple references to “22 Arab countries” and includes a map of those countries that includes the West Bank and Gaza, which are not recognized by the United States as a country.

“Are we really expecting the Arab-American lesson plan to be written by Zionists?” one activist said. “Let’s prioritize our outrage and say we don’t want any overtly anti-Israel content, and we don’t want any links to it. We’re not going to successfully get rid of pro-Palestinian authors in a section about Arab-American studies.”

Activists praised the decision to remove a section, included in the third draft, that highlighted journalist Helen Thomas — who was recorded making antisemitic comments in 2010 — and anti-Israel activist Linda Sarsour in a lesson plan titled “Important Historical Figures Among People of Color.”

The state board of education will meet Thursday to determine whether to greenlight the fourth version of the model curriculum for use in California schools. It will also consider whether to implement suggested changes to the draft, such as adding or removing content and moving lesson plans between sections. The board could also decide to move some lesson plans to its website, where it will still be available to educators, but will not be included in the curriculum. 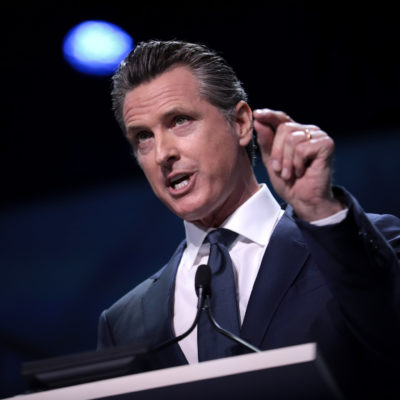 The fourth draft includes 33 lesson plans, giving educators who choose to use the curriculum an array of materials from which to choose. And activists acknowledge that some educators may still choose not to use either of the Jewish lesson plans. But the inclusion, they explain, is symbolic.

“Are Jews within the core of ethnic studies or not? Are Jews an ethnic group that has very diverse backgrounds, and in California that includes Middle Eastern Jews of color, etc. — are we being excluded from the core?” Eisenberg asked. “Or are we considered in a more inclusive way, in a representative way, alongside other Middle Eastern communities? Symbolically, it’s really important. Because that’s going to mean the difference across the country when people say, ‘Well, you shouldn’t really teach about Jews in the ethnic studies classes, because they’re not really part of the core.’”

A number of states, including Arizona, Minnesota and Texas, have passed or are considering ethnic studies legislation. Jewish organizational leaders told JI that a coordinated national effort is needed to address controversial ethnic studies curricula in other states.

“The Jewish community needs to be acutely aware and pay attention to these bills that are being written and introduced in various states across the United States,” Levin said. “And we need to be proactive in working with our public departments of education and finding out who will be tasked to write these model curriculums or implement them if these bills pass, and we need to stay a few steps ahead. We need to be doing our due diligence and not losing track.”

“As we move into the district-level fight, we need a national organizational effort that shares our best practices, strategy and outcomes, and demonstrates a pro-ethnic studies, pro-Jewish thought leadership for the field,” said Tyler Gregory, executive director of the San Francisco JCRC. Some noted that portions of the original draft of the California model curriculum — which included antisemitic content — could have passed through the state’s board of education had there not been an outcry from the Jewish community weeks before the comment period closed.

“If there’s a vacuum to fill, someone’s going to fill it and it should really be filled by our top institutions,” Levin added. “You have the capacity, the means, the knowledge and the know-how to work on this.”