Gov. Gavin Newsom has until Sept. 30 to sign or veto legislation mandating an ethnic studies curriculum in the state’s schools 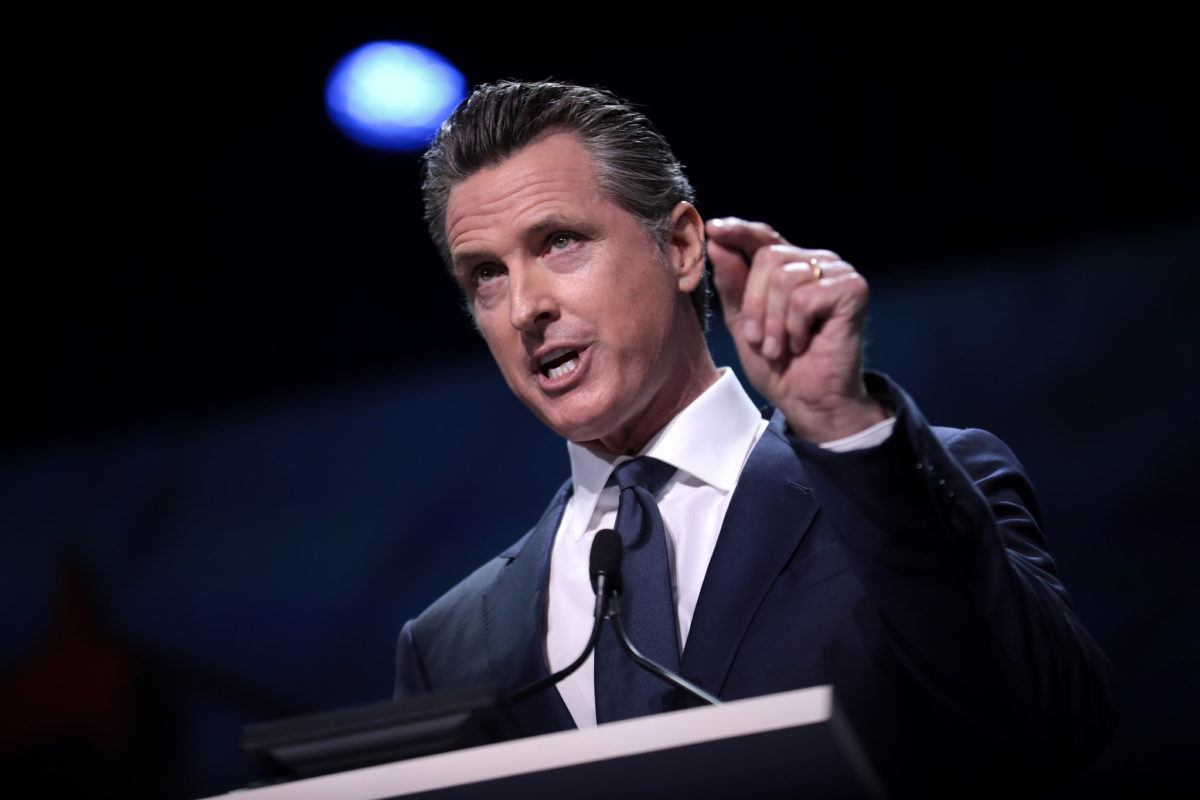 Jewish groups in California are calling on Gov. Gavin Newsom to intervene in the State Board of Education’s (SBE) efforts to push a controversial ethnic studies curriculum in the state’s high schools.

The currently proposed curriculum, critics say, includes minimal reference to antisemitism and does not include Middle Eastern Jews in its lesson options. The current module is a revised version of a more controversial curriculum that included at least one antisemitic trope and a lesson plan on the Boycott, Divestment and Sanctions movement. The period for public comment on the updated curriculum closes next week, at which time the SBE will review, and in some cases implement, modifications.

Concurrently, Assembly Bill 331, which would require high school students to successfully complete a one-semester ethnic studies program before graduating, is awaiting Newsom’s signature, and must be either signed or vetoed by September 30.

A 2016 Assembly bill called for the creation of a high school-level ethnic studies curriculum to serve as a guide for school districts and charter schools in California. The bill allowed flexibility and ensured that educators could adapt the curriculum to better suit the different demographics across the state.

That bill gave the state’s Instructional Quality Commission (IQC) power to create the curriculum, and allowed for the SBE to modify or revise it. The IQC has now written two draft curricula, both of which have been criticized by a number of Jewish and other minority groups in the state.

The SBE did not reply to a request for comment.

In addition to references to the BDS movement, the first draft included lyrics from a hip hop artist that invoked antisemitic tropes. Included in one lesson plan were the lyrics, “For every free political prisoner, an Israeli colony is expanded. For each greeting, a thousand houses were demolished. They use the press so they can manufacture.”

The American Jewish Committee was one of several organizations to challenge the language of the first draft. Rabbi Serena Eisenberg, director of AJC’s San Francisco office, told Jewish Insider that the organization “reached out to other groups who had been excluded from the curriculum: Hindus, Armenians, Koreans, and together advocated with a public letter to the California Department of Education about the first draft, stating that we believed that the curriculum should be inclusive.”

After an uproar, Newsom apologized for the language of the draft, promising an overhaul and that the original draft “will never see the light of day.”

The second version focused more clearly on four specific groups: African Americans, Native Americans, Asian Americans, and Hispanic Americans. Two weeks after the second draft curriculum was released, the SBE announced that the curriculum had again been updated to include lessons on Pacific Islanders and Arab Americans, which were considered to be subsets of the Asian American group.

The second draft included a lesson on the Jewish community that angered community leaders.

“It basically was about how Jews have become the beneficiaries of white privilege, which can lead to a number of antisemitic tropes,” Sarah Levin, the executive director of JIMENA: Jews Indigenous to the Middle East and North Africa, told JI. “It already is leading to antisemitic tropes. The second draft still did not include any adequate description of antisemitism. Antisemitism was referenced, but there was no description, there was no definition, there was no instructional materials on what antisemitism is, and on who Jewish Americans are. So it was still really, really, really lacking and problematic.”

The omission of Mizrahi Jews was also met with pushback. “We’re ethnically Middle Eastern, and we fit under the Asian American umbrella. Our parents and grandparents immigrated to the United States from the Middle East, they experienced the same or similar forms of racialization and discrimination,” Levin said.

JIMENA is part of a new umbrella group, Advocates for Inclusive Middle Eastern Education (AIMEE), which includes the Los Angeles Ba’hai Center, the Assyrian Foundation of America, the Public Affairs Alliance of Iranian Americans and others, that is seeking to expand the number of communities included in the curriculum.

“I think people have these ideas of Middle Eastern communities as being monolithic, like, Iranians are all one ethnic religious group, and they’re not. The rest of the Middle East is very diverse,” Levin explained.

If Newsom does sign the bill into law, organizers are hopeful he will stress that the curriculum needs to be further revised. Ideally, Eisenberg said, Newsom “will provide additional guardrails to safeguard against antisemitic material being taught in the classroom.”

Eisenberg pointed out that the Los Angeles Unified School District already has a model curriculum that can be followed. “At college level,” she said, “often ethnic studies is taught from a particular political view. But for high school, it’s important that students are exposed to multiple perspectives and allowed to form their own opinions. They shouldn’t get an A based on whether or not they’re arguing a particular political opinion.”

The inclusion of antisemitism education is important, said Tyler Gregory, the executive director of the San Francisco Jewish Community Relations Council, given the rise in white nationalist terrorism in the United States — including in Poway, California, where a Passover terror attack on the local Chabad in 2019 left one congregant, Lori Kaye, dead and several others injured.

“The Department of Education doesn’t understand that Jews are an ethnic group, they’re looking at us like a religious group. And of course, we’re not just a religious group,” Gregory said. “And there are many ethnic-based hate crimes against the Jewish community as well. So they don’t understand us, which is ironic, because that’s the whole point about putting the Jewish community in, so that people understand Jewish identity.”

“We’re not in opposition to learning about Islamophobia and the challenges that Arab immigrants face coming to America,” Gregory added, noting that Jewish Voice for Peace and the Arab Resource and Organizing Center have played a role in the creation of the curriculum. “That’s all fair game. But what’s not fair is that they’re partnering with these egregious groups and they added two new groups, but cherry-picked over the number one [target] of hate crimes in the state of California, which is the Jewish community.”

Gregory is concerned that California will be just the first state to face debate over a statewide ethnic studies program. “This is the beginning of what’s going to be a wave and a trend across the country,” he said. “And granted, California is one of the more liberal states and what’s happening might not fly in Texas or Florida. But you will see this fight come to other states.”

“In general, there’s broad support for the importance of ethnic studies education, at this moment in our history, to combat the racism and discrimination that many minorities have faced, who have been marginalized and left out of the traditional curriculums in public schools,” Eisenberg said. “And so overall, we are supportive of an endeavor to teach a fuller history and fuller approach combatting bias and discrimination in classrooms. But that it should be both inclusive, and also allow students to be exposed to multiple perspectives.”