Why is Al Jazeera launching a conservative media network? No one’s quite sure 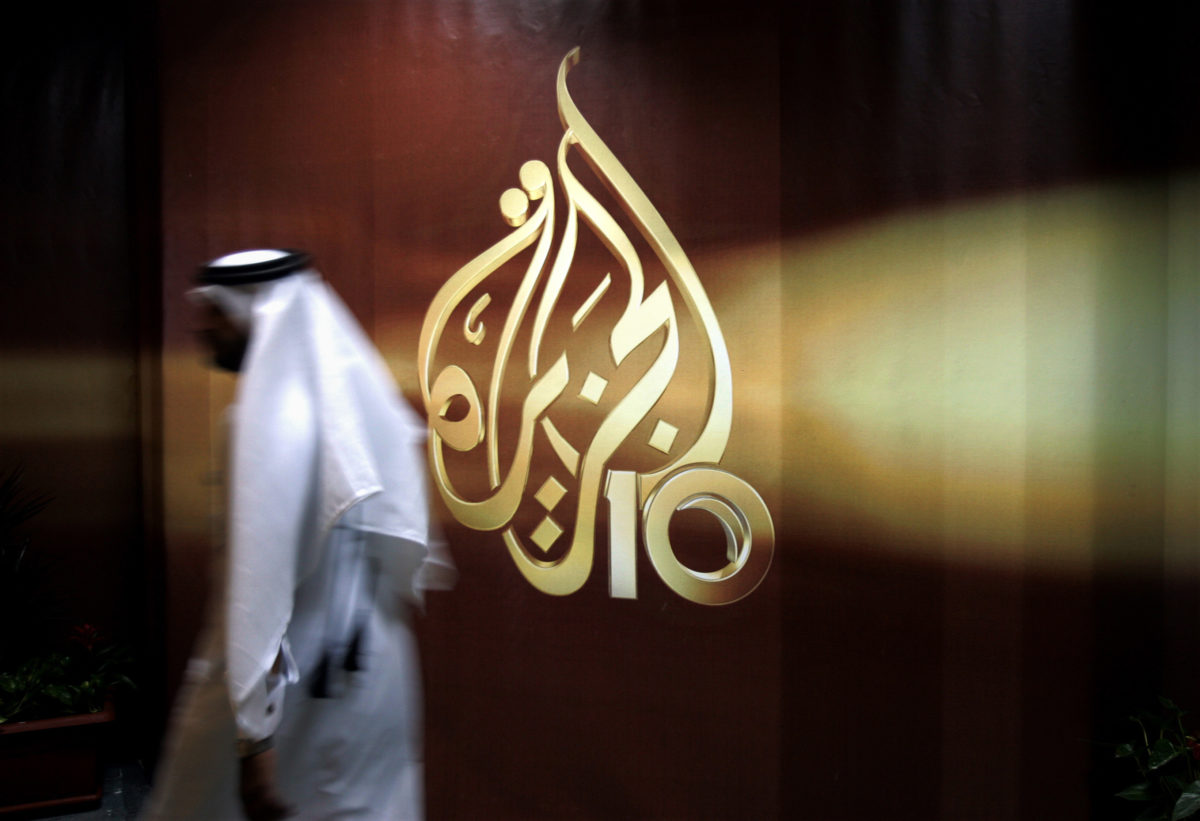 In this Nov. 1, 2006 file photo, a Qatari employee of Al Jazeera Arabic language TV news channel walks past the logo of Al Jazeera in Doha, Qatar.

The announcement earlier this week that Al Jazeera — the international news network funded by the Qatari government — is planning to launch a new digital media platform targeted at American conservatives has been met with bafflement by many media observers.

The new platform — called Rightly — begins its rollout on Thursday with a soft-launch of its first program, “Right Now with Stephen Kent.” But that news, which broke on Tuesday, was a surprise not only to media commentators knowledgeable about Al Jazeera, but also to high-level officials inside the network, according to William Youmans, a professor of media and public affairs at The George Washington University who extensively studied Al Jazeera for his 2017 book about the network.

Normally, Youmans said, managers in various departments across the organization engage in bureaucratic wrangling over workflow, editorial control, standards enforcement and other issues ahead of major product launches. With Rightly, that process did not happen.

“When the announcement came out, people were stunned,” he said. “The sort of managers that normally vie for that control didn’t seem to know that it was coming down the line.”

Al Jazeera did not respond to a request for comment.

The surprise announcement has been compounded by a lack of clarity surrounding Al Jazeera’s goals in launching Rightly.

“You’ve got to get to the ultimate question of why do they want [this] audience,” Ken Doctor, a news industry analyst who spent the bulk of his career with Knight Ridder, told JI. “Do you want [an] audience because you see a business opportunity where you can make money?… Or is there a political agenda that you want to serve? Or do you believe a certain kind of news isn’t out there? We don’t know what this mix is.”

According to Shibley Telhami, a University of Maryland professor and Brookings Institution fellow who studies Al Jazeera, the venture could be a gambit to steer some in the GOP away from the vehemently pro-Saudi position staked out by former President Donald Trump, particularly if Trump runs and is reelected in 2024.

“They don’t sell a Qatari view directly at all,” he explained. “Their chief thing is to have market share away from anti-Qatari views. They play it softly. By assuring that people are not watching heavily anti-Qatar stations or… [those with a] more pro-Saudi orientation, as was the case with President Trump himself. They’re buffering themselves a little bit without necessarily pitching [a pro-Qatari view].”

In light of that, Telhami explained, he expects Rightly to take a more subtle approach than outlets like RT or Sputnik — two Russian state-run outlets that have catered to American conservatives using heavy-handed and increasingly conspiratorial rhetoric.

Youmans was skeptical that the Qatari government is “that attuned to the U.S. media landscape.” Rightly, he said, could be a more straightforward attempt to counter accusations of political bias, particularly relating to the more left-leaning AJ+ digital video platform, but emphasized that the network’s motives remain highly opaque.

“The secretive nature of it is what seems most likely to raise red flags in terms of the rationale not just being a business thing,” he said. “Creating something new, to me… suggests that it’s not purely a business proposition.”

A Medium post by Thembisa Fakude, the head of research relations at the Al Jazeera Centre for Studies — a think tank offshoot of the news network — may support that analysis, according to Youmans.

“The establishment of Rightly was a management decision, it has to take into consideration certain realities and business potential on the ground,” Fakude continued. “It could be argued that it was a decision which saved [the] reputations and careers of many [Al Jazeera] journalists in the US… Imagine if [Al Jazeera] and its employees were to be declared foreign agents. Therefore, it could also be concluded that the decision to establish Rightly was as a result of pressure during Trump political tenure.”

Youmans said that this description casts Rightly as “sort of a political subsidy by Al Jazeera to prevent the kind of penalty that would come with a FARA designation” by appeasing the right wing.

Several members of Congress who have voiced concerns about Al Jazeera did not respond to requests for comment about Rightly.

But does a sizable audience for Rightly’s content exist?

Stephen Kent, who will host the platform’s premiere show, told NPR that he wants his show to be about “the fight within the right over its commitment to liberalism, the ethic of accommodation, and openness” and “building the case over time for why the liberal tradition is worth defending.” He compared its editorial position to center-right outlets like The Dispatch, Reason and Persuasion.

“I don’t really know how you can reach out to the right if that’s the only conversation you’re having,” Telhami suggested.

Youmans noted that the country’s moderate conservative audience is small, as well as generally older and less digitally savvy, which will do little to boost Rightly’s viewership. But that could be the least of the new platform’s issues.

“Maybe there’s a market there for this moderate conservative voice, but how many of them are not Islamophobic and willing to be open-minded about news coming from Al Jazeera, which Republican president after Republican president has essentially vilified?” Youmans questioned.

Unless it’s able to attract prominent talent, as well as cultivate high-quality staff and production value, Doctor said, Rightly will also likely struggle to compete with surging conservative heavyweights like Fox News, Newsmax and One America News, which fight each other for a share of the limited conservative media market.

The stigma associated with Al Jazeera’s brand, he added, will make it easy for more prominent conservative outlets to take aim at Rightly if it is seen as a threat.

Youmans suggested, however, that the lack of a sizable audience may not necessarily be a death knell for Rightly, based on Al Jazeera’s history.

“As long as you’re not investing too much money, having a small audience is okay with them. It’s more about being seen as influential — Al Jazeera English does not have a big audience,” he explained. “But they’ve gained a lot of credibility with elites and policymakers. So they’ll be able to book guests… They really keep funding that even though there’s no commercial logic to it.”

Youmans noted that AJ+’s success on Facebook was an indication that Al Jazeera could have a major media footprint even with a comparatively minimal investment.

“If there’s enough acceptance by the D.C. political elite, [Rightly] could be seen as worth it,” he said. “I’m just not sure it gets there.”