Frontrunner Tony Gonzales is an expert in Middle East policy 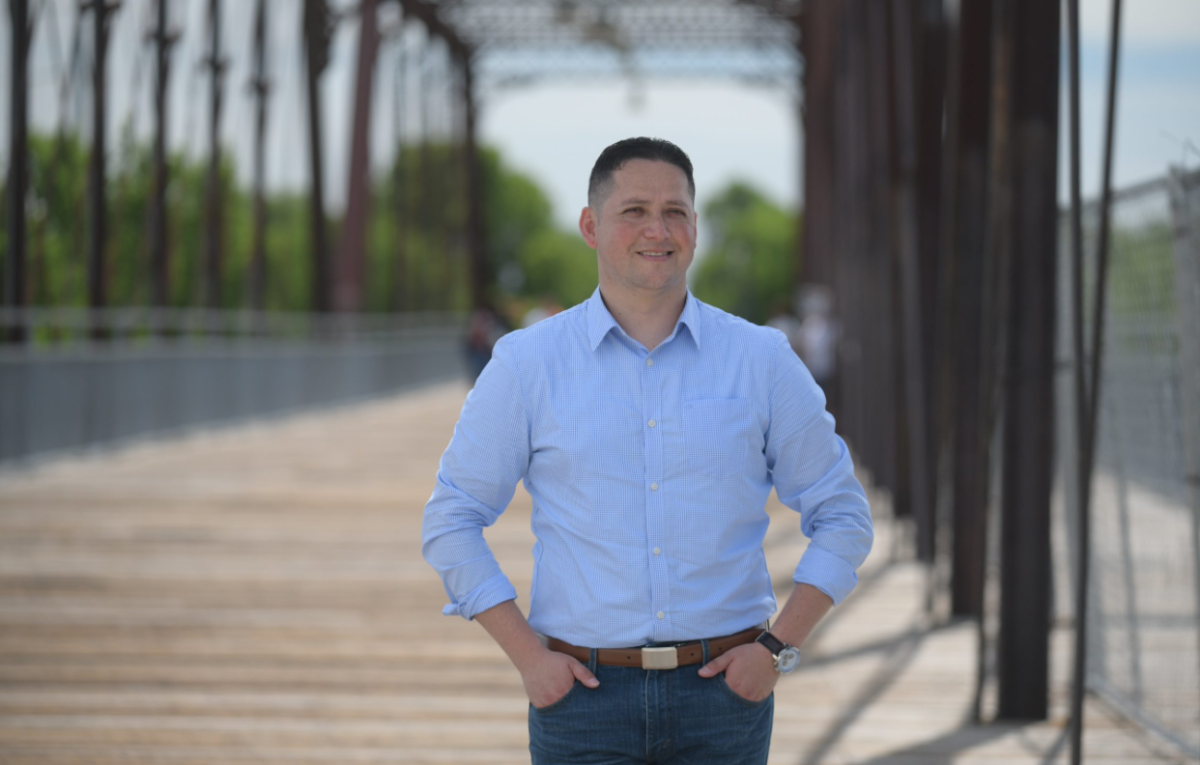 Gonzales, who comes armed with the endorsement of President Donald Trump, is likely to win Tuesday’s runoff against another veteran, Raul Reyes. Gonzales came out on top in the March 3 primary, taking 28% of the vote to Reyes’ 23%. The winner will go up against Gina Ortiz Jones, who handily beat her opponents in the Democratic primary.

Jones narrowly lost her 2018 bid against Rep. Will Hurd (R-TX), who announced last August that he would not be seeking a fourth term. This year, Jones is favored to win in the district that The Cook Political Report rates as “Lean Democratic.”

But Gonzales is up for the challenge, telling Jewish Insider that he can deliver a victory against Jones in November where Reyes cannot. “I have the experience of being on Capitol Hill, drafting legislation, staffing, hearings, doing constituent services,” he said.

Mark Jones, a political science fellow at Rice University’s Baker Institute for Public Policy, agreed that Reyes would be unlikely to win in November.

“Whoever wins [the runoff]… will have a real uphill struggle against Gina Ortiz Jones,” Jones continued. “It’s going to be really tough for Gonzales to win that seat.”

But Gonzales is optimistic that voters in the district, which has flipped between Democratic and Republican control in recent years but was held by Republican Rep. Henry Bonilla for 14 years, will turn out for him in November. He pointed out that he’s a Hispanic candidate running in a majority-Hispanic district, an advantage over Jones.

Should he win, Gonzales would bring to Congress a font of Middle East policy expertise. While in the military, he was deployed to Iraq and Afghanistan. And while working for Rubio, he focused on defense, national security and intelligence issues, with a particular focus on the Middle East.

“I spent my entire adult life basically at war,” he said. “A big part of my message is taking care of veterans, on one hand. The other aspect of it is for America to be firm. I believe in peace through strength.”

In 2018, as a national security fellow for the Foundation for Defense of Democracies, Gonzales visited Israel, which he said helped shape his view of the region and understanding of the geopolitical situation.

“I read about the Golan Heights and studied it and I understood its strategic importance,” he said, explaining that seeing the situation on the ground allowed him to realize that the area was more than a military interest. “But when you visit it, the part that is left out is there’s this amazing winery just miles from the Golan Heights. So in my eyes, yeah, of course Israel would never give up that area.”

Julia Schulman, senior director of special projects at FDD, told JI, “Gina and Tony are both members of FDD’s non-partisan national security alumni network. Both are dedicated public servants who were actively engaged in our programming. Both have exciting careers ahead and we look forward to seeing how they continue to serve our country.”

Gonzales said he does not believe the U.S. should dictate any specific peace plan for the region, nor should it dictate whether Israel should be allowed to unilaterally annex portions of the West Bank.

“The Israelis and the Palestinians, I think, should lead the way,” he said. “I think [America’s] role is to bring those [actors] together and open up a dialogue, not necessarily dictate what that peace process should be like.”

He added, however, “my experience in the military has taught me that you really can’t have peace unless you have partners that are willing to have that discussion. So I think it starts there.”

Although Gonzales believes that peace negotiations also are the best way to resolve the U.S. conflict with Iran, he did not support the Obama administration’s nuclear deal with the regime.

“I’d love nothing more than Iran to come to the negotiating table and have a dialogue and a discussion. That’s, I believe, how we solve a long-term solution,” he said. “In the meantime, though, that region of the world views strength through power.”

In this sense, Gonzales said, the Trump administration’s tougher posture toward Iran, including the strike which killed Gen. Qassem Solemaini, has been a net positive.

Gonzales — who was a Navy cryptologist — said Iran, as well as Russia and China, pose major cyber threats to the U.S., including U.S. elections.

What was anticipated to be a fairly quiet runoff in southwestern Texas between two military veterans has become the site of a high-stakes clash between major players in the national GOP.

Gonzales has the support of Trump, Hurd and other GOP leaders, while Sen. Ted Cruz (R-TX) broke with the party to support Reyes, boosting him with a massive ad campaign that raised eyebrows at 1600 Pennsylvania Avenue.

And on the eve of the primary, Trump’s campaign sent a strongly worded letter to Reyes’s campaign, admonishing him for using the president’s name and image on a mailer.

“President Trump and his campaign do not support your candidacy in TX-23’s July 14 runoff primary,” Trump campaign executive director Michael Glassner said in the letter, which was first reported by Politico. “Your campaign’s efforts to make voters believe otherwise are deceptive and unfair.”

Reyes’s campaign did not respond to a request for comment.

Jones said Trump’s endorsement helped shore up Gonzales’ campaign by shielding him from Reyes’s claims that he’s too much of an establishment Republican.

But if he doesn’t, Jones predicts the race will drop off the radar of the GOP. “If Reyes wins, I would expect national Republicans to pull the plug on [TX]23,” Jones told JI. “If Reyes wins, [the district] will cease to be a real priority.”