Riggleman lost to challenger Bob Good, in a move that could buoy Democratic hopes in the district 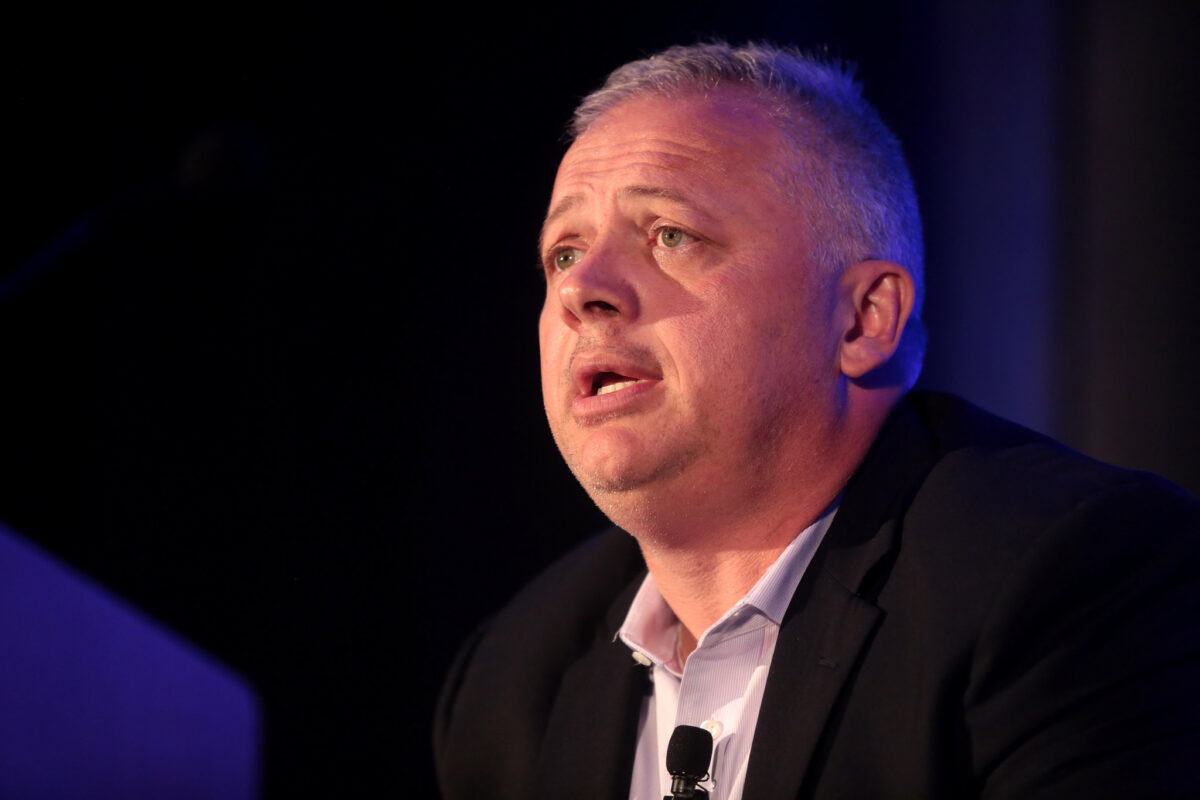 Denver Riggleman speaking with attendees at the 2018 Young Americans for Liberty National Convention at the Sheraton Reston Hotel in Reston, Virginia.

“[Riggleman’s] very libertarian streak might be attractive to some independent and Democratic voters, whereas Mr. Good is much more the evangelical Christian type of hard right… [who is] much less likely to attract that sort of crossover supporter,” John McGlennon, a government professor at Virginia’s College of William & Mary, told Jewish Insider before the convention.

Saturday’s events were rife with unexpected delays and controversy. Final results — expected in the early evening — were not announced until after 1 a.m. Sunday morning, with Good claiming 58% of the vote.

Riggleman, who has consistently challenged the convention process, began disputing the results before they were released, claiming that “voting irregularities and ballot stuffing [had] been reported.” His campaign is “evaluating all our options,” he tweeted, including reportedly threatening to sue.

Experts expected the convention process — in which only pre-registered delegates could participate — to favor Good, whose beliefs fall more in line with the 5th district’s evangelical Christian base than the libertarian-leaning Riggleman. Riggleman claimed the convention was a deliberate attempt by the local GOP to oust him in retaliation for officiating a same-sex wedding and for his more moderate voting record.

Good’s win could cause additional headaches for the party. He previously failed to correctly file the paperwork to appear on the general election ballot before the deadline, although the Virginia Republican Party has asked the state to extend the deadline.

Good also significantly trails all four of the district’s Democratic candidates in fundraising, and his coffers are nearly empty — he’s raised $186,000, compared to $300,000 for the lowest-raising Democrat, and has just $34,000 remaining. The best-funded Democrat, Roger Dean Huffstetler, has raised nearly $1 million, with $287,000 still in the bank.

The district’s Democratic candidates, who will vie on June 23 for a spot on the November ballot, were quick to go on the offensive, with three of the four attacking Good as a far-right “extremist.”

Good has referred to children of undocumented immigrants as “anchor babies” and previously said the U.S. needs to “stop accommodating immigrants and their native tongues, because it’s our unity that’s our strength,” as well as voiced concern that first-generation immigrants are likely to vote for Democrats.

“The time I spent serving in Afghanistan made it clear to me how dangerous it is when we let extremists and zealots take control of the government,” Marine veteran and Democratic candidate Claire Russo said in a statement. “Bob Good wants to go to Congress to champion his extremist agenda.”

Real estate agent and Marine veteran John Lesinski took a similar approach in his own statement. “Denver Riggleman voted with Trump 94% of the time and got his endorsement. Virginia Republicans did not think that was enough,” he said. “Just imagine what Bob Good will do to our district. It is revolting. We need this seat.”
Physician and former White House fellow Cameron Webb avoided directly attacking Good, but tweeted, “#FliptheFifth isn’t a pipe dream or a long shot. It comes down to strategy, inclusion, timeliness, engagement & trust. Let’s go take back the people’s seat in #VA05!”