The Republican caucus has seen some defections and members who remain undecided, while Democrats are largely backing Omar 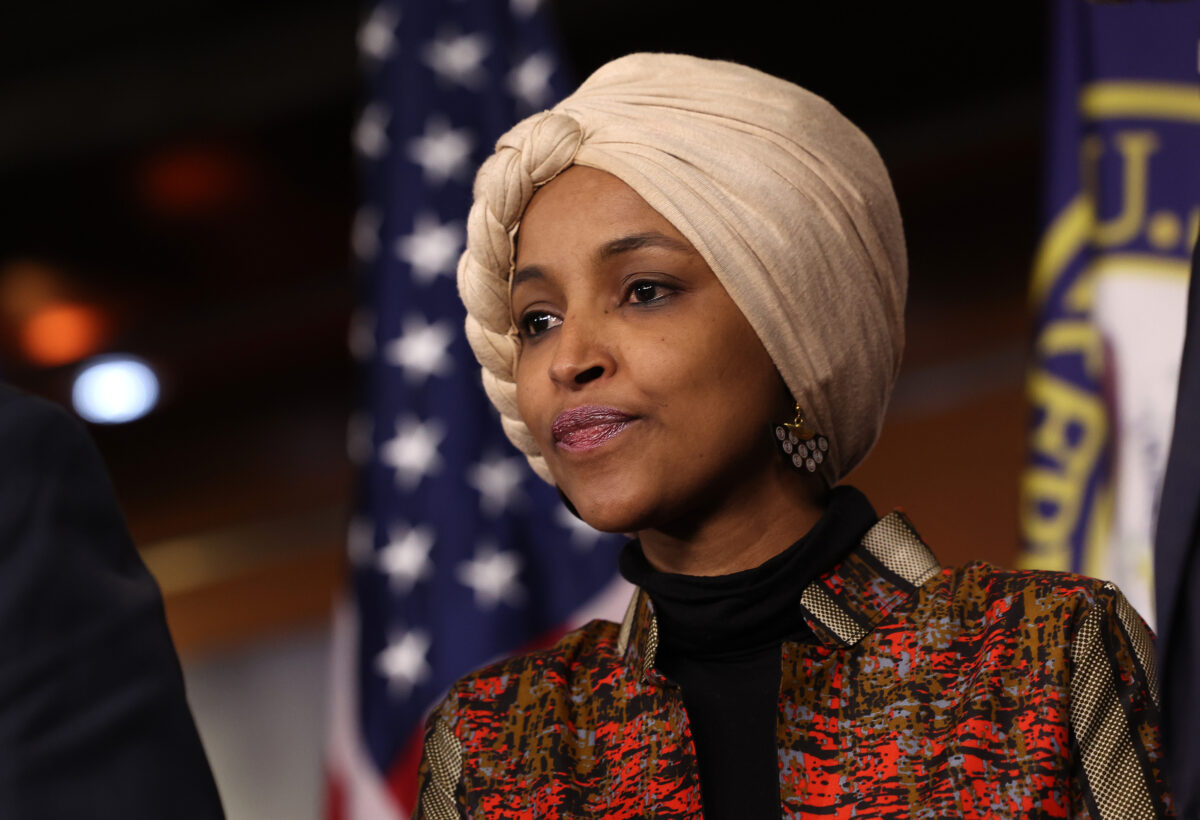 Rep. Ilhan Omar (D-MN) speaks at a press conference on committee assignments for the 118th U.S. Congress, at the U.S. Capitol Building on January 25, 2023, in Washington, D.C.

A House vote on Rep. Ilhan Omar’s (D-MN) seat on the House Foreign Affairs Committee appears increasingly uncertain amid emerging questions about whether House Speaker Kevin McCarthy (R-CA) will be able to muster enough support to remove Omar from her seat, and whether any Democrats will join the Republican effort.

Reps. Nancy Mace (R-SC) and Victoria Spartz (R-IN) have said they do not support stripping Omar of her seat. Rep. David Valadao (R-CA) remains undecided, an individual familiar with his thinking told Jewish Insider yesterday. Rep. Tim Burchett (R-TN) has also not made up his mind, according to Politico, nor has controversy-plagued Rep. George Santos (R-NY), according to Insider.

Pro-Israel Jewish Democrats, including some who have been critical of Omar’s past comments on Israel, have yet to say if they will support her removal.

Rep. Josh Gottheimer (D-NJ) said he would not comment on the issue until a resolution has been formally introduced to remove Omar from the panel. “I don’t comment on anything until I read the resolution, but if you show it to me, I’ll see what it says,” he told reporters.

Rep. Jared Moskowitz (D-FL), who pledged on the campaign trail to be an outspoken opponent of Israel critics and antisemitism within the Democratic caucus, told JI he won’t make a decision on the issue until it comes to the floor.

“Frankly I’m uncomfortable with speakers of the opposite party removing people from committees,” he said. “I’m worried that one side removes two members, the next side removes three members and so on and so on. And 10 years from now, the speaker of the opposite party is picking committees. I think it’s a very dangerous thing and I think it’s bad for the legislative body.”

Rep. Lois Frankel (D-FL) likewise told JI she hasn’t yet made up her mind, and expressed similar concerns about handing over power for Democratic committee assignments to McCarthy.

“I support the Democrats appointing their own members of committees,” she said. “I don’t agree with her policies on Israel, obviously. But there’s another issue here, which is that the Democrats should be able to appoint our committee members, so I’ll be weighing it… What can happen is they can start kicking everybody off committees — that’s the problem.”

Others, including Reps. Dean Phillips (D-MN) and Debbie Wasserman Schultz (D-FL), have said outright that they don’t think Omar should be removed, and expect Democrats to ultimately unite behind her.

House Democrats are lobbying moderate Republicans who have served with Omar on the Foreign Affairs committee, particularly Reps. Brian Fitzpatrick (R-PA) and Chris Smith (R-NJ), according to Politico. Both Smith and Fitzpatrick are also co-chairs of the House’s bipartisan antisemitism task force.

If McCarthy does not pick up any Democratic votes, he can only afford to lose four Republicans. McCarthy, though, is pushing ahead, and has shored up support with at least some Republican moderates, highlighting Omar’s past statements in a private GOP conference meeting on Wednesday, where he purportedly told his conference that the issue would come up for a vote this week.

Omar defended herself during a press conference on Wednesday, arguing that “policy differences” should not cost her committee seats and insisted she had apologized for past comments.

The Minnesota representative described the current effort as a “political stunt” in revenge for Democrats removing Greene and Gosar in the prior Congress. While Greene has a history of comments that many Jewish groups have described as antisemitic and both have spoken at conferences organized by white nationalist Nick Fuentes, Democrats have instead tied their committee expulsions to violent rhetoric about fellow members of Congress.

Rep. Mario Diaz-Balart (R-FL), who voted to remove Greene from her committees in the previous Congress, now sits on the Republican Steering Committee, which determines GOP committee assignments. Diaz-Balart told JI in an interview earlier this week he had voted in 2021 to remove Greene specifically “because of the antisemitism.”

Greene has doubled down on some of her past comments that have troubled Jewish groups, including comparing vaccination mandates to the Holocaust, even after a public apology and a visit to the United States Holocaust Memorial Museum, but has recently backpedaled on some of her positions, and denounced Fuentes.

Asked why Gosar deserves to be on committees after repeatedly doubling down on promoting Fuentes and not having gone to the same lengths as Greene to alter his posture, Diaz-Balart told JI, “Well, he got elected, right?”

He added that he views nothing Gosar has said as “equivalent to the vile antisemitic statements made by some of my Democratic colleagues.”