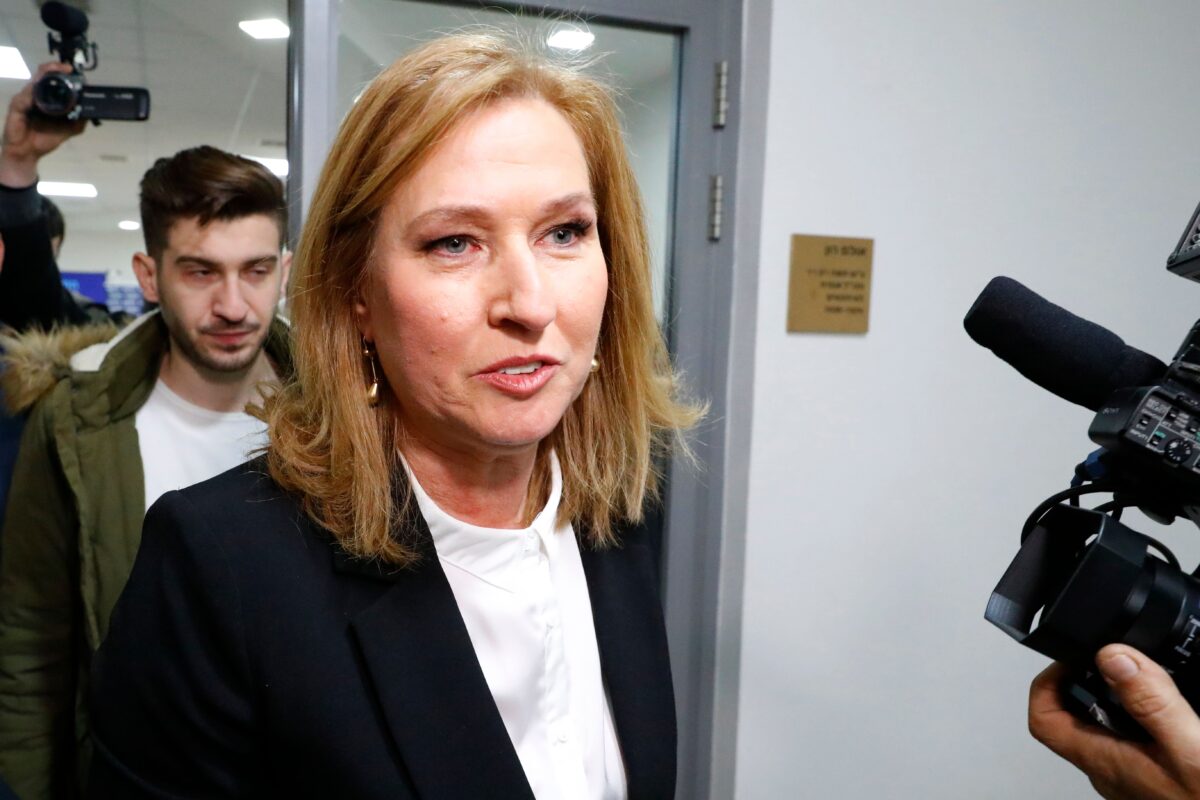 Former Israeli foreign minister Tzipi Livni leaves a press conference after she announced her retirement from political life, in Tel Aviv on February 18, 2019.

Former Israeli lawmaker Tzipi Livni discussed the clash between globalization and the concept of the nation-state, introducing her theory of “globali-nation,” at a Georgetown University symposium honoring former Secretary of State Madeleine Albright on Thursday.

During the symposium, sponsored by Georgetown’s School of Foreign Service (SFS) and the Aspen Ministers Forum, students and other attendees were treated to a series of moderated conversations with political bigwigs who had overlapped with Albright throughout her career.

Livni, who served as Israel’s foreign minister between 2006-2009, appeared alongside Mayu Ávila and Margot Wallström, the former El Salvadorian and Swedish foreign ministers, respectively, during an afternoon session between members of Albright’s Minister’s Forum. Albright created the Forum for ex-ministers, which she often referred to as “Madeleine and her exes,” according to SFS dean Joel Hellman, to enhance relations between the United States and Europe.

Financial Times editor and columnist Edward Luce moderated the conversation, during which Livni spoke on the importance of making sure young people feel connected to democracy and keep it alive in the future, which she mentioned had been the topic of one of her and Albright’s first meetings.

“It’s clear that the atmosphere is that there’s a clash between globalization and the nation-state. And I can understand why, because globalization, that was a real promise at the beginning, lots of people were left behind, worried about their family, about their work, about their children, and in a way the feeling is that the nation-state is the opposite path,” Livni said. “I would suggest something that I call, “globali-nation.” It means that being part of a nation-state, believing in your own country, being a patriot, it’s fine, as long as it doesn’t turn into nationalism in a manner that you do not respect the other or the rights of minorities within your own country.”

Luce asked Livni why Israel appeared ambivalent toward the war in Ukraine, despite factors that would seemingly drive the country to act — Ukraine being a small democratic country with a Jewish president for one.

Livni responded by saying that while Israel at first had to tread carefully due to its cooperation with Russia when it came to security interests in Syria, it quickly became clear which side of the conflict was at fault and with whom Israel should stand.

“In this case of the invasion to the Ukraine, it’s very simple. It’s the bad guys against the good guys, this is the situation. But at first, it is true that Israeli leaders [tried] to work within the drops in the way, to mediate, to find the solution maybe between [Ukrainian President Volodymyr] Zelenskyy and [Russian President Vladimir] Putin, but you cannot work within the drops when it’s pouring and raining,” Livni said. “This time, I believe that the choice was easy, even though at first it took some days for the Israeli government to discover it.”

The former Knesset member compared the leadership of former prime minister Benjamin Netanyahu, to whom Livni lost in her own bid for Israel’s top seat, to that of former President Donald Trump. Likening her popular vote win and subsequent defeat to that of “another female that you’re going to meet later” — former Secretary of State Hilary Clinton spoke alongside former President Bill Clinton at a separate session — Livni described the change in tactics brought on by Trump to demonize political opposition within one’s own country to gain support.

“When the President of the United States is crossing a red line of democracy, is attacking the democratic institution, this red line doesn’t exist anymore in the entire free world,” she said. “I saw the same [type of] tweets in English and in Hebrew.”

Livni added that during the 2015 general election, Netanyahu used her attempts at brokering peace with the Palestinians to portray her and her supporters “as traitors, as collaborators, as representing the Palestinian cause and not the Israeli cause.”

While the conversation focused mainly on current global issues, Albright’s name was invoked throughout the hour whenever a comment was made that she would have agreed with or a conflict she would have had an opinion on was discussed — and most keenly, in regard to the subject of women in power.

“I think that mostly when we [women] are there in [the] decision-making room, it’s about making a change and not about our own ego. And I think that this is a major difference between men and women in power. We are thinking about solutions, about listening, about how to solve this problem, when sometimes men are more about who’s gonna win,” Livni said.