The Holocaust historian spoke at the U.S. Holocaust Memorial Museum on Thursday 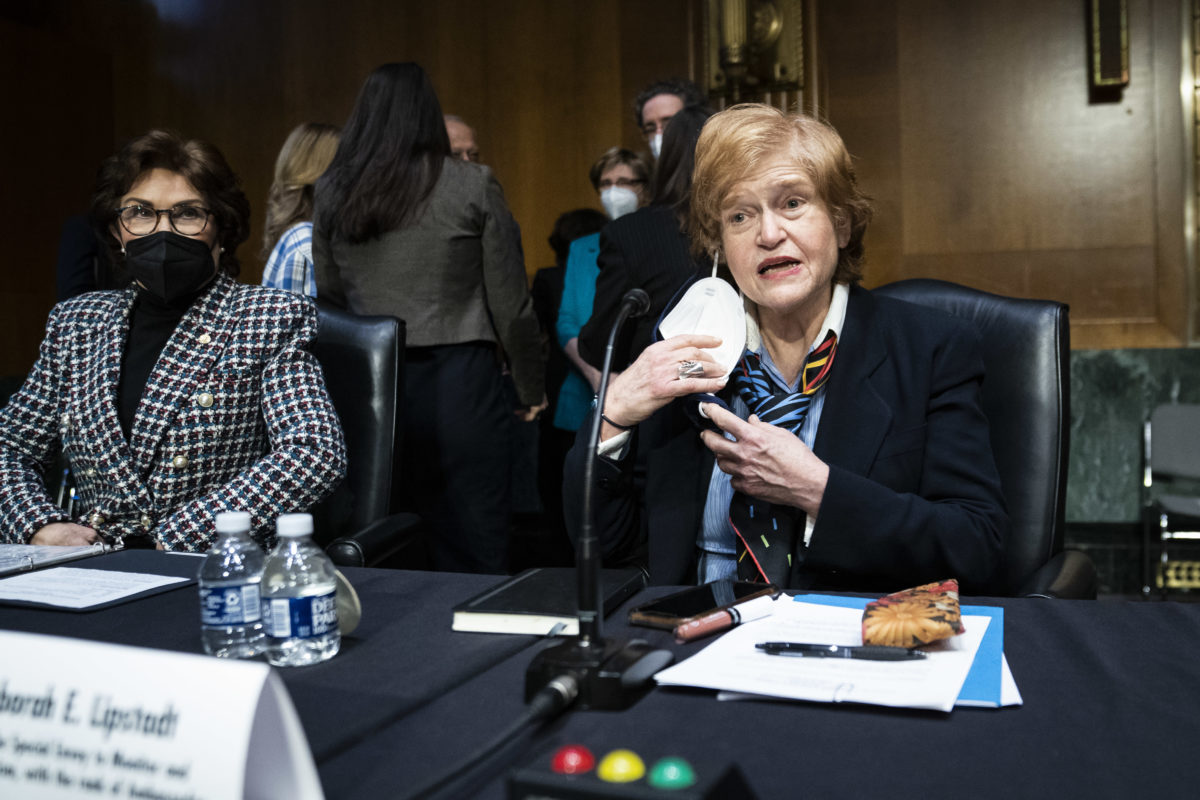 Deborah E. Lipstadt, nominated to be special envoy to monitor and combat antisemitism, with the rank of Ambassador, appears during her Senate Foreign Relations nomination hearing on Capitol Hill on Tuesday, Feb. 08, 2022, in Washington, D.C.

In her first public address since being sworn in as the State Department’s special envoy to monitor and combat antisemitism, Ambassador Deborah Lipstadt noted the connection between antisemitic sentiments expressed by individuals who committed attacks in the U.S. and those employed abroad.

“The actual accusation by the Charlottesville [‘Unite the Right’ rally] organizers that Jews were and are behind an attempt to destroy white, Christian America has been adopted and adapted by racially or ethnically motivated violent extremists in Europe and beyond,” Lipstadt, previously the Dorot Professor of modern Jewish history and Holocaust studies at Emory University, said at the United States Holocaust Memorial Museum in Washington, D.C., on Thursday, adding that the January hostage situation in a Texas synagogue was carried out by an individual who was radicalized abroad. “It’s increasingly hard to differentiate between antisemitism that’s foreign and that which is domestic.”

She warned of growing antisemitism around the globe, cautioning that it “is a threat to the stability of all governments.”

“History has shown that there is virtually no government irrespective of its political orientation that can thrive or has thrived when it harbored deep-seated antisemitism,” Lipstadt said.

Lipstadt was greeted by applause when she stepped onstage, quipping, “It’s been a long time coming,” a reference to the numerous delays she faced as a nominee while Republican senators held up her nomination for eight months over concerns regarding past social media posts.

The Office to Monitor and Combat Antisemitism was established in 2004; Lipstadt is the first special envoy at the ambassador level, following the passage of legislation elevating the role to a Senate-confirmed posting.

Lipstadt also addressed the increasing confluence of antisemitism and anti-Zionism, pointing to individuals who, she said, “use Israel as a foil for their antisemitism.”

“They couch or camouflage their antisemitism in attacks on Israel. ‘We’re not attacking Jews. We’re criticizing the sovereign state of Israel,’” Lipstadt explained.

“Let me state something, that which the United States government has repeatedly affirmed: Criticism of Israeli policies is not antisemitism,” she continued. “But when there is an imbalance in the criticism, a failure to see the wrongs of others and attributing the blame to only one party, and the use of double standards, one is compelled to ask, ‘What’s the basis for this imbalance?’ When Jews are denied rights that are afforded to every other group, one is compelled to ask, ‘Why this imbalance?’ The answer is often self-evident.”