Finding synergy between the Israeli entrepreneurial spirit and the thoughtful, strategic thinking of Emiratis could make for the ‘best business partnership in the world,’ says Sabah al-Binali 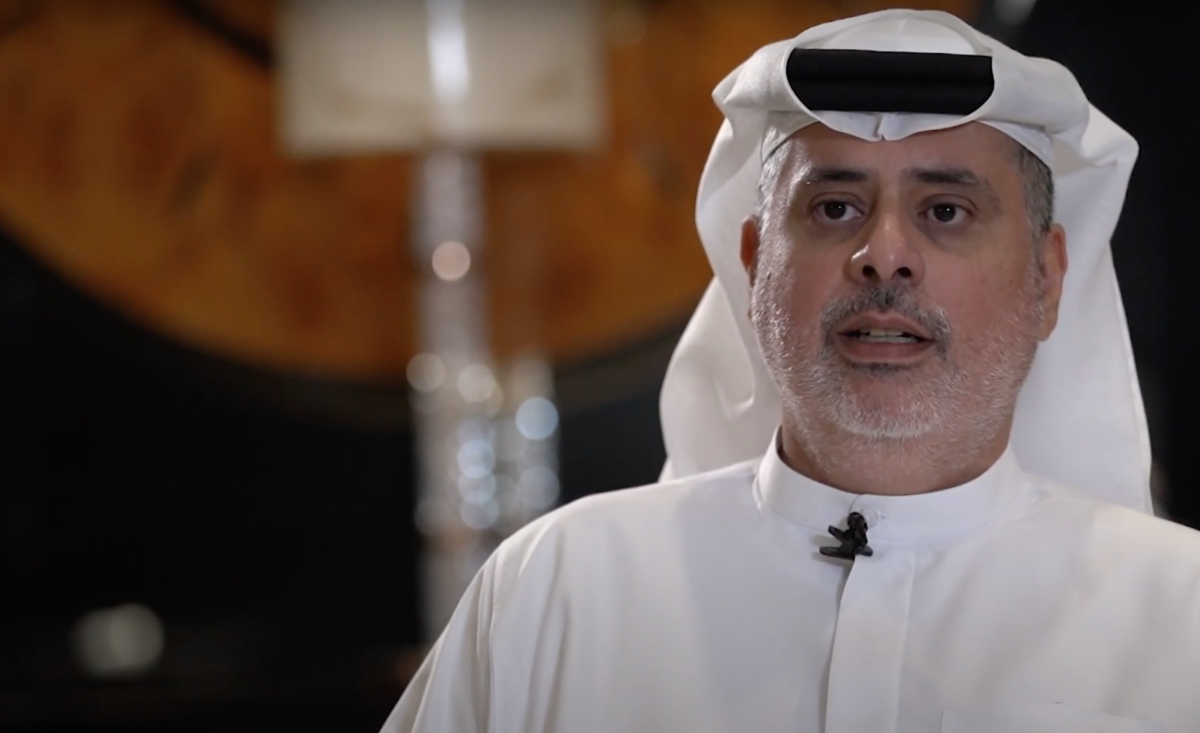 This article first appeared in The Circuit

Emirati investor Sabah al-Binali is a seasoned financial services executive, but 18 months after the Abraham Accords, he is adding another, albeit informal, role to his already impressive portfolio: business ambassador.

“People call me for advice from both sides,” al-Binali, partner and executive chairman of OurCrowd Arabia, one of the largest global venture investing platforms based in Jerusalem, told The Circuit of his work connecting Israeli and Emirati companies. Trade and investments between the two countries are already flourishing, reaching an estimated over $600-$700 million within the first year. In September, Emirati Minister of Economy Abdulla bin Touq Al-Marri predicted that economic activity with Israel could reach more than $1 trillion over the next decade.

“I get Emirati businessmen asking me, ‘How do I manage this guy, he’s calling three times a day?’” said al-Binali, who forged close ties with Jewish and Israeli peers as an undergraduate student at Princeton University. “I tell him, be direct, say, ‘Don’t call me three times a day, I’ll get back to you about this point.’”

And he also has a message for Israelis eyeing business opportunities in the Gulf too: slow down – and prioritize hiring those with experience working with Emiratis, who can help to navigate cultural differences.

“I know I’m generalizing here, but Israelis have a strong entrepreneurial spirit and are quick decision-makers, while in the UAE, you have good, long-term strategic thinking,” said al-Binali, adding, “If we can synergize this fast-decision-making entrepreneurial spirit with the thoughtful, strategic thinking, then it could be the best partnership in the world — it could be unbelievable.”

Finding a way to bridge these contrasting business styles is exactly what al-Binali, who took up the position of executive chairman just a few weeks after the normalization agreements were signed in September 2020, is trying to do for OurCrowd and for the Abraham Accords.

This week, foreign ministers from Israel, the UAE, Bahrain, Morocco and Egypt, as well as Secretary of State Tony Blinken, held a historic diplomatic summit in Israel’s Negev desert.

Al-Binali, who is considered one of the most senior Emirati nationals operating on behalf of an Israeli venture capital firm, says the next step is creating similar interaction in the business realm.

But first, he told The Circuit, some key misconceptions and even a level of mistrust must be addressed and dispelled.

In August 2020, when he first began talking to OurCrowd CEO Jon Medved about taking on the unprecedented role, al-Binali told him, “If you’re going to have this view that you go to the UAE to raise money, then I am the wrong person for the job, and you’ll probably not raise even one cent.”

“I think we’ve got to get away from this fantasy that the opportunity here is money coming from the UAE and technology coming from Israel,” Binali continued. “Israeli startups are drowning in money and so, you know, without being cynical, if that’s what people are looking at as the opportunity, I believe, they will be disappointed.”

Instead, he said, the countries can be mutually beneficial to one another on multiple levels. al-Binali believes that Israel and the UAE can serve as a gateway for one another. The Emiratis, who are active in Africa and Southeast Asia, can open up new markets for Israel. And Israel’s close ties with the U.S. are attractive for Emirati companies.

On another level, the two markets can become a testing ground for new innovation. Al-Binali points out that similarities in size and scale between the two Middle Eastern states makes them ideal partners.

“Some Israeli startups are fortunate enough to start commercializing in the States, and obviously the big market is where everyone wants to go, but there are also many that just can’t make that big jump from Israel to the U.S., so it makes sense for them to use the UAE as a gateway to other countries in the Middle East, Africa and South Southeast Asia,” he said, giving the example of some medtech companies currently carrying out clinical trials in the UAE.

And as for the question of whether a slew of lucrative deals will open up markets in countries who have not yet normalized ties with Israel, such as Saudi Arabia, al-Binali is certain that it is only a matter of time.

“There’s clear curiosity,” he said, describing how businesspeople from those countries, including Saudi Arabia, are expressing an interest in meeting with their Israeli counterparts in the UAE.

“I’ve seen it in Dubai, Saudis who are visiting want to start having that discussion.”

Despite the long antipathy between Jerusalem and Riyadh, al-Binali believes that a thaw is inevitable. “Look, I think it’s going that way. I mean, let’s look at what is happening now, you have [Israeli airline] overflight rights and that means the mind is open,” he observed. “How and when we will get there is not clear to me, but I feel strongly that it is not a question of if; it depends on the Saudi leadership. They will decide based on their interests the best timing.”

As for his progress so far with OurCrowd, which is the first venture capital company to be licensed in the UAE, al-Binali said he has been afforded significant flexibility in developing operations in the Gulf, and that several big projects are already in the works, including a global AI innovation center and a new incubator.

“Of course, there is potential for disagreements and working together is still a challenge, but I also believe there are some great opportunities,” concluded al-Binali, pointing to global events such as changes in the U.S. equity market, growing inflation and the Russia-Ukraine war. “You’re going to see contraction, but on the flip side oil has just gone through the roof, which means the coffers of the sovereign wealth funds in the Gulf will be filled out, and there’ll be pressure on them to expand their investment programs.”