changing of the guard

After 50 years of leadership, Malcolm Hoenlein ready to hand over the reins 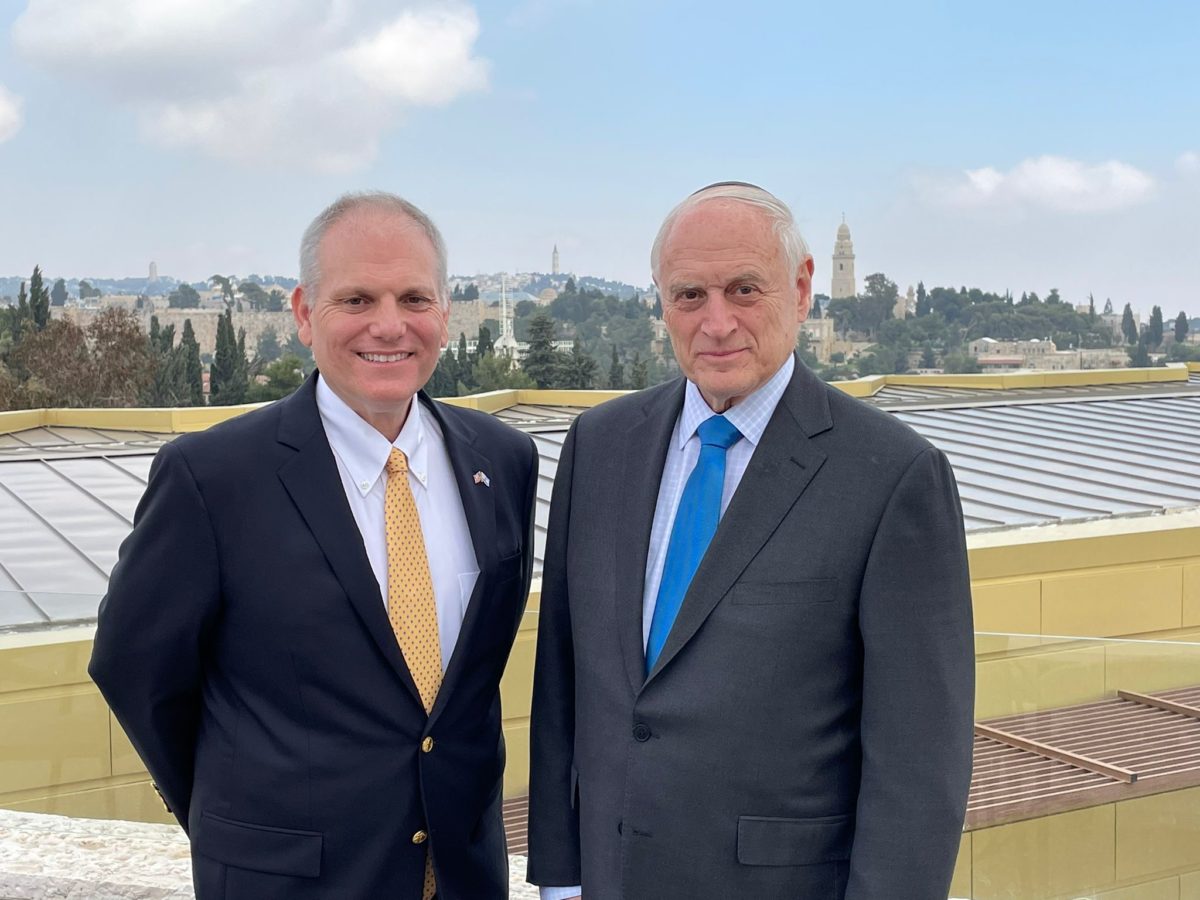 Malcolm Hoenlein, whose tenure in the organized Jewish community has spanned the effort to free Soviet Jews, two intifadas, the debate over the 2015 Iran nuclear agreement and a spike in domestic antisemitism, told Jewish Insider on Monday in Jerusalem that he is ready to hand over the reins of leadership to the next generation of Jewish leaders, while at the same time remaining available whenever needed.

“After 50 years of serving the Jewish community, I have full confidence in the next generation,” said Hoenlein, who is currently executive vice chairman of the Conference of Presidents of Major American Jewish Organizations, working alongside CEO William Daroff.

“William and I are working on this transition in a model way,” Hoenlein told JI, adding, “I am already working on other projects, but I will also be on hand to provide assistance as needed.”

Hoenlein, who has helmed the Conference of Presidents, which works to advance the interests of the American Jewish community and promote broad-based support for Israel, since 1986, indicated his desire to step back four years ago, giving up the role of CEO. Even after Daroff was tapped to take over in August 2019, Hoenlein continued his involvement in the organization.

“The Jewish ethos is to teach the next generation,” said Hoenlein. “Not because we [the older generation] know better but just because we’ve had certain experiences and we want to spare future generations those trials and tribulations.”

He noted that it was important for “Jews to look backward in order to move forward.”

“Working with Malcolm has been an amazing experience,” Daroff told JI. “I’ve known him since 1996 and worked closely with him when I was at the [Jewish] Federations [of North America]. Obviously, over the past two years, he has become an amazing mentor and someone who is committed to ensuring that the transition of leadership within the Conference is smooth and steady.”

Daroff called the changeover process “a model for the American Jewish world and leadership.”

“Someone once told me that there are two laws of American Jewish leadership – despise your predecessor and despise your successor,” he quipped. “But we are forging a new direction where that is absolutely not the case, and to discard and dismiss and not learn from Malcolm’s decades of experience would frankly be malpractice for the conference and the American Jewish community.”

Hoenlein, who in the 1970s founded and headed the Conference on Soviet Jewry, coordinating campaign activities in New York on behalf of the Jewish community in the Soviet Union, and who later became the first executive director of the Jewish Community Relations Council of Greater New York (JCRC-NY), said that “there were too many organizations where the transitions were counterproductive.”

“This is a message to our members, and to the community at large,” he stated. “I feel very confident about this decision, which I initiated to move away from being CEO, but I didn’t want a situation where there would be a crisis transition, where it wouldn’t be thought out and done in the right way.”

But, Hoenlein added, “I’m not slowing down.”

“William has done a great job taking over the leadership of the conference and I’ll be there to support him, but at the same time, I’m working on some other initiatives,” he said.

Hoenlein said that he was still unable to discuss some of his new ventures, but he has been working on some projects with the Zuckerman Family Foundation, including the recently inaugurated Chain of Generations visitors center at the Western Wall and a $100 million STEM program to bring foreign professors in the science field to Israel in an attempt to address the country’s brain drain, as well some initiatives in the Gulf countries.