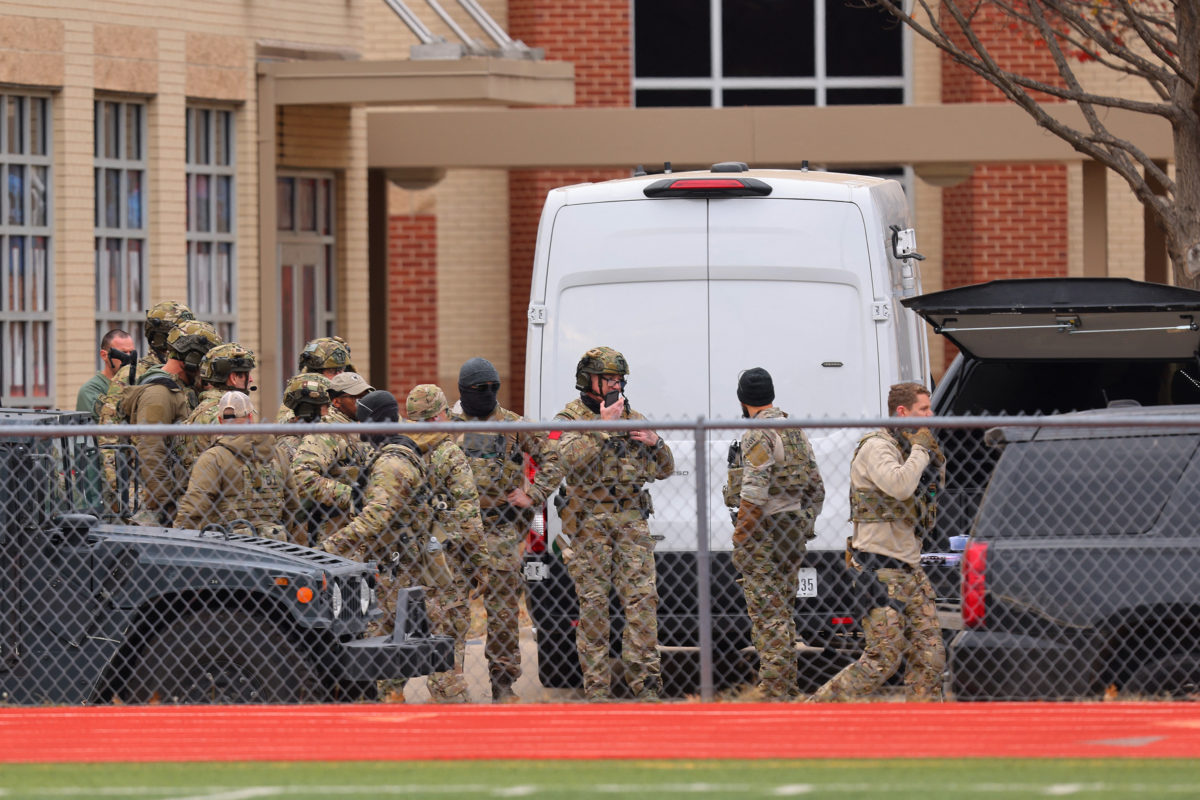 Jeffrey Cohen, one of four hostages held at gunpoint for 11 hours at Congregation Beth Israel in Colleyville, Texas, over the weekend, told Jewish Insider on Tuesday that Americans need to challenge instances of antisemitic rhetoric wherever they occur as part of an effort to forestall attacks against Jews that have occurred with increasing regularity in recent years.

Cohen, 57, said the gunman, identified as Malik Faisal Akram, a 44-year-old British national, spouted a litany of antisemitic conspiracy theories as he demanded the release of Afia Siddiqui, a Pakistani woman who is currently serving an 86-year sentence at a federal prison in Fort Worth for the attempted murder of U.S. officers in Afghanistan.

Cohen, a staff engineer at Lockheed Martin who serves as vice president of the board of trustees at Beth Israel, a small Reform synagogue founded in 2006, said the attacker did not indicate where he had learned about such conspiracy theories.

“He rambled for most of the 11 hours,” Cohen recalled. “We had some discussions. He would say, ‘I’m a reasonable man aren’t I, Jeff?’ He knew our names. We told him.”

“As the day went on, we began to understand how mentally ill he was and how much he had bought into the tropes,” Cohen added. “He started spewing against the U.S., against Israel, against the Zionists.”

But his hatred wasn’t limited to Jews alone, according to Cohen. “He said, ‘I spent time with the Blacks and they’re so lazy, they don’t rise up, they don’t try to take power.’”

“He talked about Muslims in the U.K. and this country,” Cohen said. “[He said,] ‘They’re not good Muslims. They’re not real Muslims. They’re too much too involved in the world and they don’t even worship Allah,’” the Arabic word for God. “Who have I missed? I mean he hit just about everybody in his racial taunts: ‘If they let me go, I’m going to go fight the Chinese because they’re our real enemy.’

“This was craziness that’s coming out of his mind,” Cohen said. “But it all comes from this place of hate.”

Cohen said Akram, who was killed by FBI agents on Saturday as they stormed the building, was “different” from other white supremacist shooters who have attacked synagogues over the past few years in Pittsburgh and Poway, Calif. “He had a political agenda as well.”

But Cohen warned that the United States will likely see more domestic terrorists who are motivated by anti-Jewish hatred if Americans remain largely passive in the face of rising antisemitism.

“We’re going to have homegrown ones, too, that were not born in, you know, pick your country,” he said. “They’ve been here for years, and they will allow themselves to express these thoughts or these words because nobody challenges them, because nobody says, nuh-uh, because hate’s OK right now.”

“Hating the other is how our politicians get elected,” said Cohen, who described himself as a “centrist.”

At the interpersonal level, Cohen argued that “people need to start thinking about” the antisemitic stereotypes that may once have seemed acceptable but now must be actively countered.

“We’ve got to start challenging hate speech even when it’s ‘minor,’ with quotes around that word,” Cohen said.

From a more practical standpoint, Cohen said that “every Jewish organization that has a building in the country needs to do active-shooter courses and needs to do it regularly.”

Cohen credited such training with helping him — along with a fellow congregant, who hasn’t publicly identified himself, and Rabbi Charlie Cytron-Walker — escape on Saturday evening. A fourth hostage had been released earlier on Saturday.

“This is not hyperbole,” he said. “I mean, I knew where the exits were. But until somebody says, ‘Hey, in a situation like this, your number one priorities are run, hide, fight, in that order.’ Well, you know, it’s not like we could hide. We were all exposed.”

“Option number one, run, meant we had to do what we needed to do to be where we needed to be,” said Cohen, who recalled strategically positioning himself so he would have a straight and unobstructed line for the exit if the opportunity arose, as it did later in the evening.

Cohen recalled that at one point during the standoff, as hunger kicked in, Akram had mentioned that he would let the hostages go one at a time as long as they promised to come back after 30 minutes.

“He kind of laughed at that, and I laughed a little bit too, because I had turned it into a little bit of a joke because it was silly,” Cohen said. “He laughed and he said, ‘Oh yeah, you’re right. So who would you let out?’ And I pointed to the guy who had been feeling quite ill.”

The man who would soon be released, according to Cohen, had been having heart palpitations, and his blood sugar was “bad.” Initially, he was resistant, arguing that another of the hostages, whom Cohen estimated to be in his 70s, should be released instead, but eventually the ailing man agreed to be released.

Cohen suggested that such negotiations were also a direct result of the active-shooter courses he had taken. “If you’re in a hostage situation, by being a person and identifying on a human level, it often is disarming to the person, to the attacker, because up to this point, you’re a concept,” he said. “The hostage is a concept, and frankly, the fact that we were talking with him helped keep him calm, and keeping him calm was what we were trying to do.”

“It’s important for people to understand that there’s real people behind these stories, and even the attacker, you know, he was a real person, too,” Cohen told JI. “But what’s important is that we can do things to make ourselves safer.”

“Bad things do happen in the world,” he said, “and we need to do what we can.”