‘I don't think there should be tension' with fellow progressives over Israel, the FL20 Democratic nominee told JI 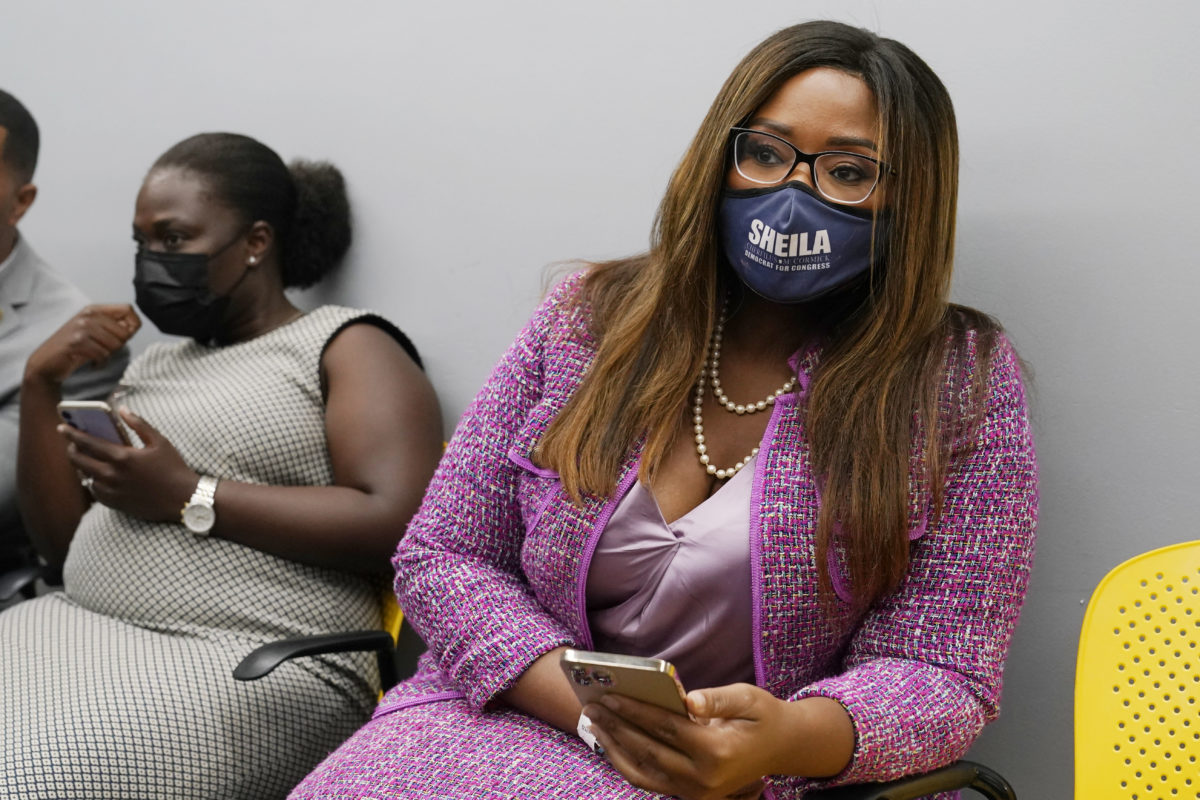 Sheila Cherfilus-McCormick, a Democrat who prevailed by just five votes in South Florida’s recent special congressional primary, emphasized her continued support for Israel in an interview with Jewish Insider as she prepares to assume office this January.

The 41-year-old healthcare executive said she had met with AIPAC on Thursday during a short visit to Washington, D.C. “We were able to have a long conversation, break down everything, understand what policies are there, and where everything is right now,” she told JI, noting that funding for Israel’s Iron Dome missile-defense system was one major topic of discussion. “We talked about that.” (AIPAC declined to comment.)

The defense funding was a high-profile issue in Cherfilus-McCormick’s race, where 11 candidates vied to succeed the late Rep. Alcee Hastings (D-FL), a staunch pro-Israel advocate who died in April. Only one candidate, state Rep. Omari Hardy, opposed the recent legislation that would give Israel $1 billion in supplemental aid for the Iron Dome system.

Cherfilus-McCormick, for her part, was aligned with Hardy on a number of domestic issues such as Medicare for All and the Green New Deal. But she made clear — as did most other candidates in the race — that she would have voted in favor of the funding.

Cherfilus-McCormick suggested that she would continue to speak up in support of the U.S.-Israel relationship, even as her Middle East foreign policy views put her at odds with some otherwise like-minded progressive lawmakers in the House.

“I don’t think there should be tension because I think that we can have commonality in certain positions and policies but not have to be identical, and that’s necessary, especially, when you look at my district and who I represent,” she told JI. “I represent the people, and not necessarily someone else’s ideas. Do you get what I mean? So we have to have that conversation and be able to work with each other. I hope there’s no tension. But the good thing about our democracy is that we’re not intended to be unified. We’re intended to have conversations and really represent our constituents properly.”

Cherfilus-McCormick is all but assured a seat in Congress after the Jan. 11 general election in Florida’s heavily Democratic 20th Congressional District, which includes West Palm Beach and Fort Lauderdale. The CEO of Trinity Home Healthcare poured millions of dollars of her own money into the race, which was her third bid for the seat in three years.

She will be the first Haitian-American Democrat in Congress if she is elected.

“From the beginning, I always said that I believe that the Jewish community and the Black community are intimately tied,” she told JI, “and part of us moving forward is having our alliances.”

Cherfilus-McCormick said she plans to visit Israel in February on a delegation of freshman Democratic House members sponsored by the AIPAC-affiliated American Israel Education Foundation.