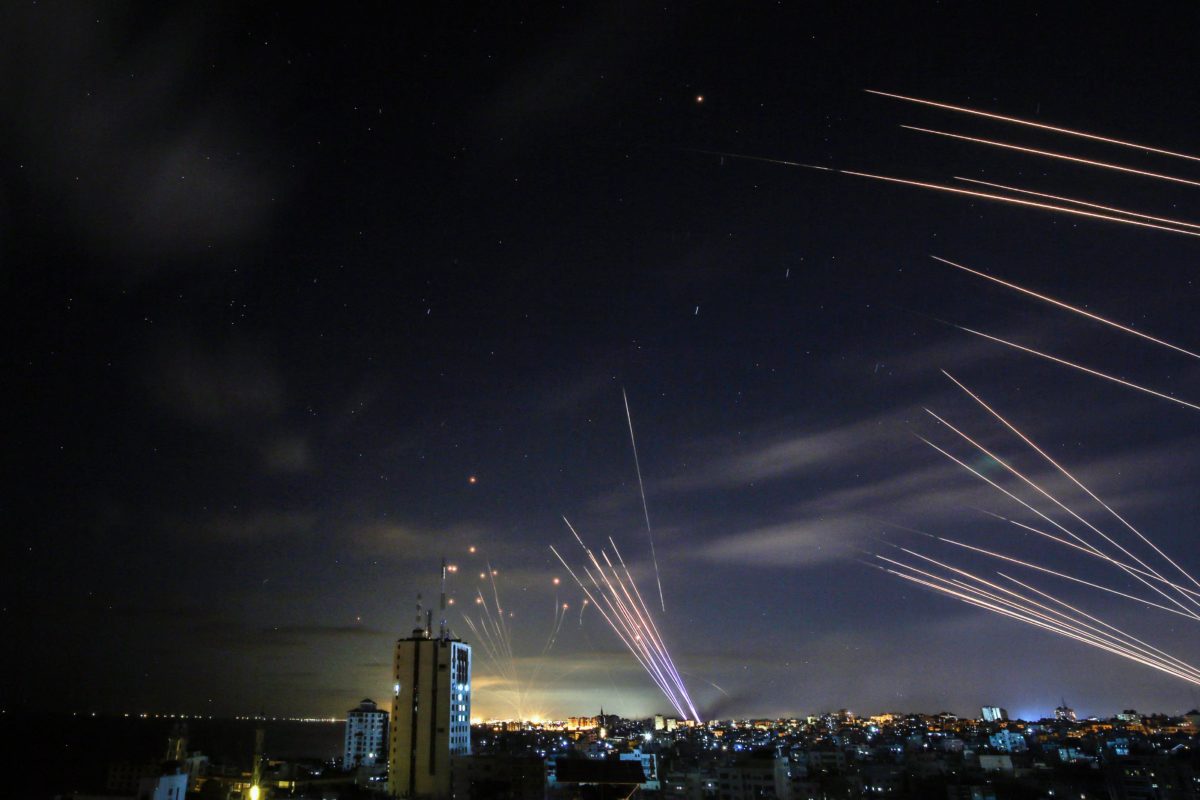 With the aftereffects still being felt from the 11-day conflict between Israel and Hamas in May, Jonathan Schanzer, senior vice president of research at the Foundation for Defense of Democracies, joins Jewish Insider’s “Limited Liability Podcast” to discuss his new book, Gaza Conflict 2021: Hamas, Israel and Eleven Days of War, in which he argues that the Biden administration’s initial support of the Palestinian Authority election indirectly sparked the conflict.

Early start: “My view is that the war was probably put in motion a month before the conflict erupted. And that stemmed from a decision — an ill-fated decision — by the Biden administration when they first came in to accept the decision of the Palestinians to hold elections in April… Hamas was slated to take part in those elections. It would have undoubtedly led to a disastrous consequence had Hamas actually been able to take part because it would have meant that Hamas was going to hold seats in the parliament and take part in whatever the next government would look like. And that would trigger laws that would defund the Palestinian Authority here in the United States, in fact, set in motion by a guy named Senator Joe Biden… In April, the U.S. prevailed upon the Palestinians to cancel the elections. But that left Hamas feeling pretty raw, left out of the political arena, and looking for a way to make themselves relevant again. And there is no better way for Hamas to make itself relevant than by waging war against Israel.”

Indirect result: “I’m not saying that they caused it directly, what I would say is that they made a disastrous decision. And I actually remember talking to a relatively senior Biden administration official when they made the call that they were going to move forward with these elections initially. And I asked, I said, ‘You know, don’t you think that it’s a bad idea that Hamas is taking part, given that Hamas is a designated terrorist organization here in the United States?’ And the response that I got was, ‘Well, far be it from us, after the disastrous events of January 6, for us to tell anyone who can take part in an election, what democracy should look like, how it should operate.’”

The chameleon: “Hamas is many things to many people or many regimes. It is one of Iran’s most important proxies based in the Gaza Strip. It is also a proxy of Turkey. It’s a proxy of Qatar. It’s even maybe, to some extent, a proxy of Malaysia, which gets very little attention. But I would argue that the group has really benefited over the last several decades from the largesse of Iran, and it has become a tool of Iran, even as its leaders maintain some semblance of independence from its paymasters in Tehran.”

No excuse necessary: “Hamas doesn’t really need an excuse to launch a war. In fact, there are many times where Hamas fires rockets into Israel, and Israel just simply absorbs them, choosing not to respond. I mean, this has been Israel’s [modus operandi] for most of the rockets that have been fired at Israel, over the course of several decades now. The Israelis wait for the time and place of their choosing. Now Hamas can provoke a conflict more directly by firing into the Tel Aviv area or into Jerusalem, Israel’s capital, if they start to do that, or if they attack, let’s just call it key infrastructure, whether it’s a direct attack on the military or kidnapping of a soldier, that will also provoke a war.”

Reporting tips: Schanzer suggested reporters from the Associated Press bureau in Gaza must have known they worked in the same office building as Hamas fighters before an Israeli bombing. “If they are good reporters and they’re curious about the area that they work in, they might have wanted to take a look at some of the questionable people that were coming in and out of the al-Jaala tower. Look, it’s not like Hamas was going to put its name in the lobby and say, ‘Fifth floor is the Hamas Iron Dome-jamming facility,’ which is, of course, what was there. But I think that we can learn a lot from the previous reports of people like Matti Friedman, who used to work for AP, who has reported in the past that AP kept quiet when Hamas fired rockets from near their facilities and they were deliberately omitting some of this kind of activity from reporting in the past. This has been confirmed by one of Friedman’s former colleagues.”

Lightning round: Favorite Yiddish phrase? “It’s a phrase that I heard from my grandparents when they were mad at at people they would say ‘Gay kaken ofn yahm!’ Go take a crap in the ocean. One of my all time favorites.” Favorite Arabic word? “I probably shouldn’t say this on your podcast, but I had an Egyptian friend that taught me five different words for fart. Which I have to say was really shocking to me.” Most memorable Middle Eastern dish? “It’s an Iraqi fish called masgouf. I think it comes out of the Euphrates River. It’s like a carp. And it’s a freshwater fish, very light, very flaky and when it is served with the rest of the Iraqi trappings, it’s tremendous. I had it, actually, in the town of Hilah, in central Iraq, in 2004. And it was incredibly memorable and then just had it again very recently, in Riyadh, and it lived up to expectations.”