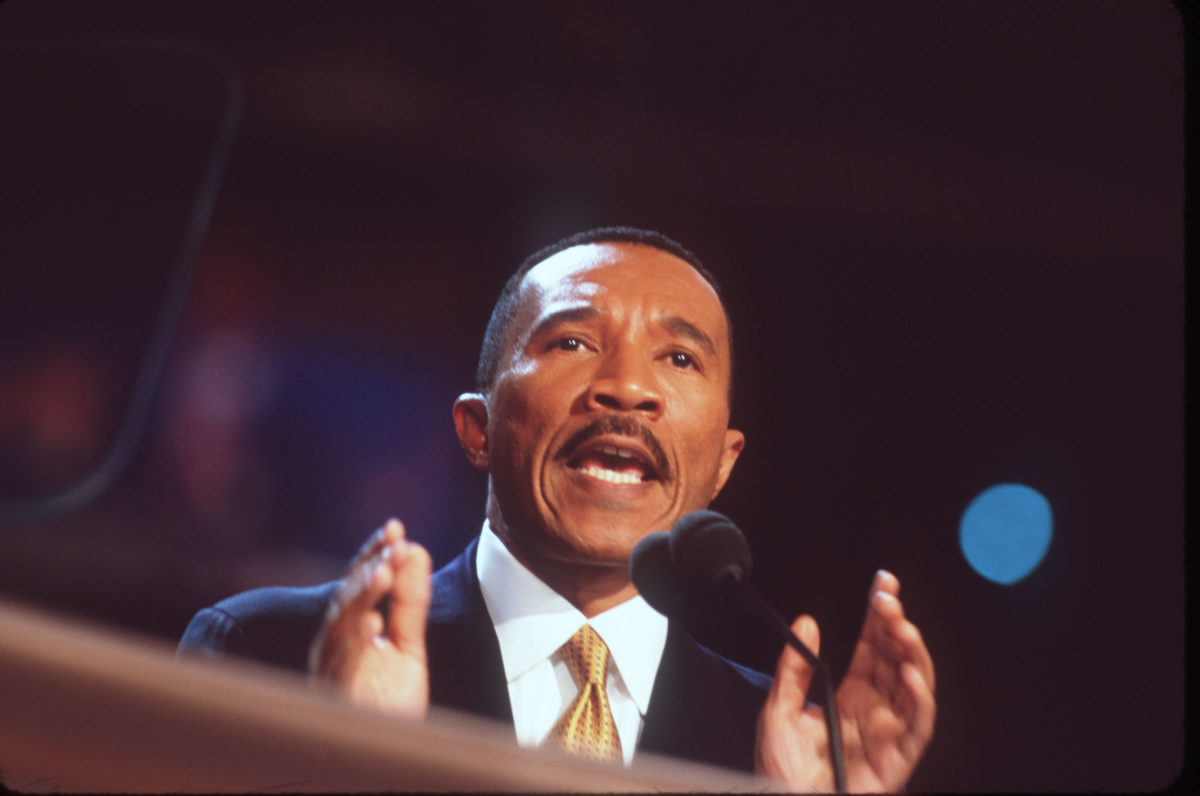 A year into his return to Congress, Rep. Kweisi Mfume (D-MD) joined Jewish Insider’s “Limited Liability Podcast” co-hosts Richard Goldberg and Jarrod Bernstein to discuss his early experience in Baltimore politics, the state of Black-Jewish relations and why he opposes the BDS movement that targets Israel. Mfume, who represents Maryland’s 7th Congressional District, first represented the district, which covers parts of Baltimore and Howard County, from 1987 to 1996, before stepping down to become CEO of the NAACP. He was reelected in the May 2020 special election following the death of Rep. Elijah Cummings (D-MD), Mfume’s friend and successor to the seat.

First Job: Growing up in Baltimore, Mfume, now 72, lived near a grocery store owned by a Jewish man, whom the Maryland representative described as a “father figure” to children in the neighborhood. At 14, Mfume began working in the store, when one day he asked the owner about his unusual arm tattoos. “They were numbers that he was branded. And he began to tell me about the Holocaust, which was hard for me to conceive, because it was hard enough for me to understand slavery at 14 years of age, and how people could do this to other people. And I began to hear those stories. It was like slavery times five, and the fact that so many, many people were murdered. And he told me how he had gotten into this country with a little bit of money. That he and his wife, Hannah, started the store. And I knew that I had touched a nerve. And I didn’t really know what it was. But he began to tell me about the ‘Jewish exodus,’ and how the homeland [Israel] was established in 1948 and why it meant so much. So I got up after he finished, he wiped the tears from his eyes, he rolled his sleeves back down the way he always kept it. And I went downstairs, and did not really comprehend it until much later in life — until I got a chance to go to Auschwitz in the early 1980s and I walked under that big arch sign and walked inside past the suitcases of shaved hair and shoes, and all the memorabilia and then went in and touched the actual ovens. And I understood in a way that I have never understood before, what that must have been like. So I always assumed and have made the association, that those were the two greatest evils that I could think of perpetrated on mankind, and that tolerance, and the lack of tolerance creates those kinds of situations.”

Rat Pack days: Mfume’s start in Maryland politics brought him into early contact with a number of up-and-coming political figures who collectively became known as the “Rat Pack,” named for the famous group of Las Vegas entertainers. “The Rat Pack, if I can use that terminology without getting sued by MGM, goes back to when Howard Friedman, myself, a guy by the name of Larry Max, Philip Klein, and Dave Shapiro, we’re all sort of finding a way to cut our teeth politically. I was a member of the [Baltimore] city council, Howard came on board through his efforts to support me, and we just all kind of grew up together, understanding our different backgrounds and our ways. And I got a chance to better understand Howard and Larry and David and the others, and they got a better chance to understand me. So we were always working on mutual issues in the black and Jewish communities.”

On the intersection between BLM and the Palestinian activist movement: “There were a number of agendas that were starting to creep into the Black Lives [Matter] movement that had nothing to do with Black Lives. But they found a way to creep in and they mixed messages. And it was difficult for persons who are caught up in the movement and the pureness of the movement to always decipher and say, “Now, that’s not what we’re about, or are we really agreeing to the same thing? A lot of that happened with the civil rights movement, and so there are lessons, history lessons here for us. But I just think that those persons, who are opportunists, who wanted to create several different agendas, found a way to do it. You also had the defund the police movement, which really did not begin with Black Lives, but it was rolled in, and now it’s almost synonymous in the minds of a lot of people. And that really is unfortunate.”

Opposition to BDS: “But here’s what I say about BDS. I oppose BDS, and I oppose it on legitimate civil rights grounds. I strongly believe in boycott and divestment when it is applicable to a situation that has historically and continues to find a way to oppress people, when we were protesting the de Klerk regime in South Africa — and I started as a young college freshman with the boycott movement on South Africa, and continued as a young city councilman with divesting our funds from South Africa — we were trying to divest our funds from a hideous regime that had existed for hundreds of years. That was not the majority, but rather the minority in South Africa that had oppressed, murdered, killed and jailed so many South Africans, that that was the only way to draw attention to it….That’s not the case in the BDS movement, as I see it. I understand that there are those who will probably attack me and say, “No, it is the same thing.” But I’ve lived long enough. And I’ve been through enough to know that they are two different things. And it has not risen, in my opinion, to the level that the hundreds of years of oppression by the Afrikaners in South Africa against the indigenous population, which was the majority, it’s not risen to that level.”

On whether he’ll make an endorsement in the primary for the Ohio 11th special election: “Well, I’m not supporting either one. So maybe that makes me the oddball. I don’t know either one. I’d like to get to know both of them. But, you know, the election is just about here. So I haven’t chosen to support anybody. I’d like to support people who I know, not people who I think I know. And so for me, the better thing here is to let the voters decide. I think they’re both very well qualified. And as you said, they have their own set of endorsements….When this is all over, when the smoke clears, on one side or the other, there’s going to have to be some amending and some handing out of carrots to sort of heal over the wounds and to bring us to the point where we can govern together. One of them will be elected. I don’t know which one, but I’m not in that race. And I think more than anything else, I just want the best candidate to come forward, and I trust  the voters of Ohio’s 11th to do that.”

Lightning Round: Favorite Baltimorean of all-time? Supreme Court Justice Thurgood Marshall. Favorite Jewish word or phrase? Chutzpah. Favorite Jewish food? Bagel and lox. Reading recommendation? The Constitution. “Legend has it that Ben Franklin walked out, once the Constitution had been adopted, onto the streets of Philadelphia, and a woman came up to him and said, “Dr. Franklin, Dr. Franklin, what have you given us? Is it a monarchy or a republic?” And he said, “Ma’am, it is a republic, if you can keep it.” Well, we almost lost it on January the 6th . And I think it would behoove all of us to kind of just take a moment or two and look back at what they created in that document and to see how close or how far away we are today.”