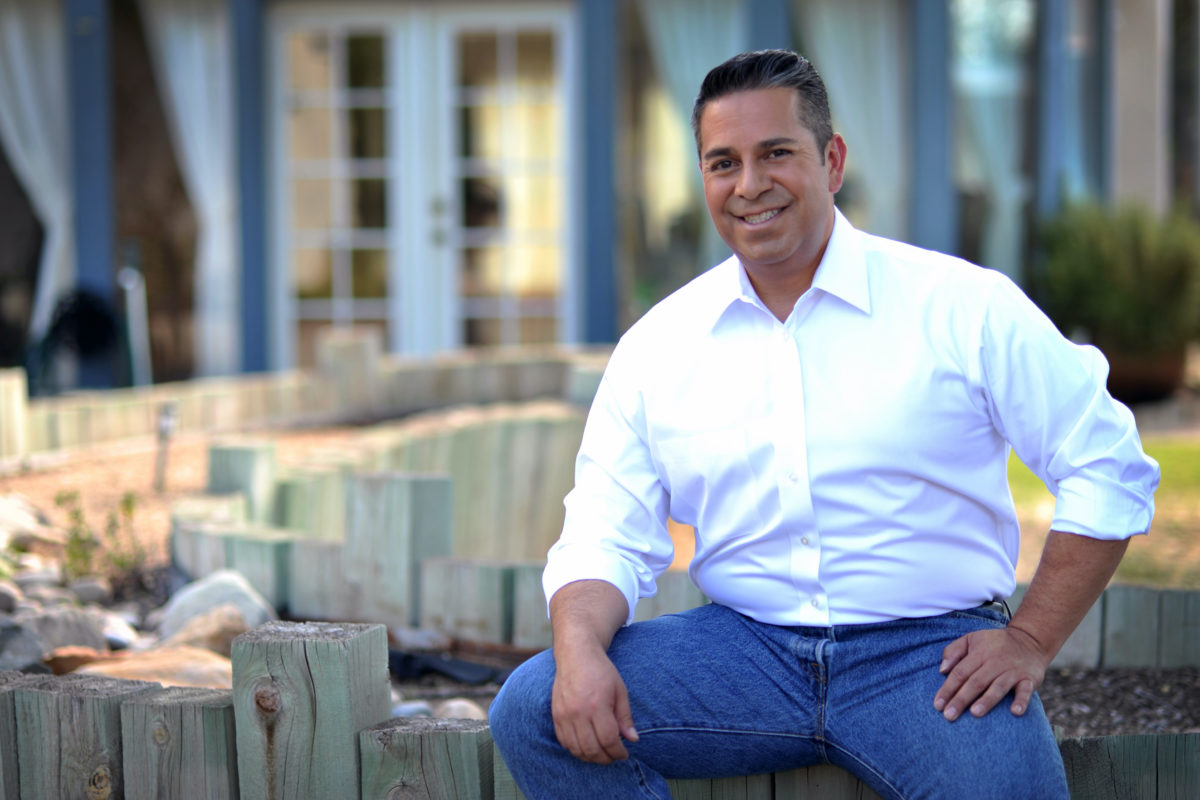 First-term Sen. Ben Ray Luján (D-NM) affirmed his support for Israel in an interview with Jewish Insider on Thursday, amid mounting tensions within the Democratic Party over Middle East foreign policy following the recent conflict between Israel and Hamas. “I believe that the United States and Israel share an unbreakable bond, and Israel has been our most important ally in the region,” he told JI in a phone conversation shortly before a floor vote.

“While I did not agree with Prime Minister [Benjamin] Netanyahu, that does not get in the way of my support and love for Israel,” Luján added, referring to Israel’s current leader, who is now at risk of being ousted by a coalition of Israeli opposition parties. “The United States also has a lot of work to do. We just came through four years of President Donald Trump, a president who was the most divisive in our history, and while I have a lot of concerns with President Trump and the way he approached things, that does not take away from my love for the United States of America. I think that’s how so many people feel across the United States, including those I serve with.”

Democratic lawmakers remain overwhelmingly committed to safeguarding the U.S.-Israel relationship, Luján insisted, despite an outspoken contingent of far-left Israel critics within the party.

“Just look at the letters and votes that have already taken place on the House floor, votes that will be coming up in the United States Senate,” Luján said. “As we continue to work on the National Defense Authorization Act and appropriation bills, you will see strong support from Democratic members with providing that support to Israel. So if it’s not been seen already and measured with letters and statements that many of us have made, it will be reflected in the votes that we will soon be casting.”

Luján, who served for 12 years in the House before ascending to the upper chamber last election cycle, is perhaps better equipped than most elected officials to take the Democratic Party’s pulse. The 49-year-old legislator was the highest-ranking Hispanic lawmaker in Congress when he concluded his six-term run as assistant speaker after four years leading the Democratic Congressional Campaign Committee, where he helped secure a Democratic majority in the House during the 2018 midterm elections.

As the 2022 midterms appear on the horizon, Luján was eager to discuss broader Democratic campaign strategies, particularly given the findings of a new and somewhat foreboding Democratic report warning that the party is poised to lose critical support from Hispanic voters as well as other communities of color if it does not develop a more coherent economic message and distance itself from Republican attacks.

The Democratic Party lost ground with Latino voters in key states this past election cycle, including in Florida, where two Democratic congresswomen were unseated by Republican opponents. Experts credited those upsets in part to GOP efforts that cast Democrats as socialists.

While Luján seemed to agree with some of the study’s conclusions, he suggested that regardless of the report, Democrats need to take immediate action if they have any hope of increasing Hispanic support next cycle. “You often hear these pundits and these well-paid consultants that pronounce that the Hispanic community is not a monolithic community, but then they don’t do anything to reach out to earn the trust of voters,” he said. “I understand that because of where I come from and who I am. Even in the state of New Mexico, you need to understand that Hispanic voters are not a monolithic community.”

“Now, the analysis that was conducted shows what I’ve been saying all along: Hispanic voters, especially older men, which is what the data shows, they are swing voters,” Luján told JI. “You can’t expect someone just to come and vote for you if you don’t show up and earn their trust and knock on their doors and find out what’s important to them. And you can’t just do that after early voting has begun two weeks away from Election Day. I think that’s a mistake that’s been repeated so many times.”

Luján expressed particular disappointment that several Democratic members of the Congressional Hispanic Caucus were defeated in 2020, including in Florida, California and his home state of New Mexico, where Rep. Xochitl Torres Small (D-NM) was unseated by Republican Rep. Yvette Herrell. “In 2018, we won seats across the country with strong, Democratic, Hispanic candidates — unfortunately, several of them that are not back,” the senator said, noting that as chairman of the DCCC from 2015 to 2019 he made a concerted effort to engage Hispanic voters “much earlier than they ever had been before.”

“By February and March of the off year,” he told JI, “I had opened up offices in several communities across America where we were reaching out to Hispanic voters — on their doors, on social media, in their communities, both English, Spanish, and then, as we often say, Spanglish, where you use English and Spanish together in one sentence and it confuses everyone that doesn’t speak that way, including English speakers and Spanish speakers. But if you’re in New Mexico, it rolls off the tongue, and often you’ll hear me do that. That just came from my experience.”

Though he is now in the Senate, Luján said he would still work with his Democratic House colleagues on Hispanic outreach. He suggested that shoring up Hispanic support was more a matter of direct engagement than countering Republican misinformation.

“When parties and candidates lose support in communities, it’s often because they don’t show up,” Luján argued. “If someone’s not showing up, then you’re not taking the time to show communities that you care about them. You’re not taking time to earn the trust of those voters where it may have been lost. Think about the work that President Biden had to do, where voters that supported President Barack Obama in ’08 and ’12, then voted for Donald Trump in ’16, but then voted for Biden again in 2020. We have to earn their trust back and earn their support and earn their vote. That matters very much. You need to go and you need to engage.”

“Everyone running these committees needs to understand the shift that we saw in this last election cycle,” he added, “the investment that needs to be made at earning the trust of Hispanic and Latino voters across America, and making sure that there’s a plan put forth for what will be the largest community of color in just a few short years. We’re a young voting bloc right now. There’s millions of Hispanics turning 18 every year, four million that voted in 2020 that were not eligible to vote in 2016.”

Pausing for a brief moment before heading to vote, Luján jokingly concluded: “Not that I’ve thought a lot about this.”