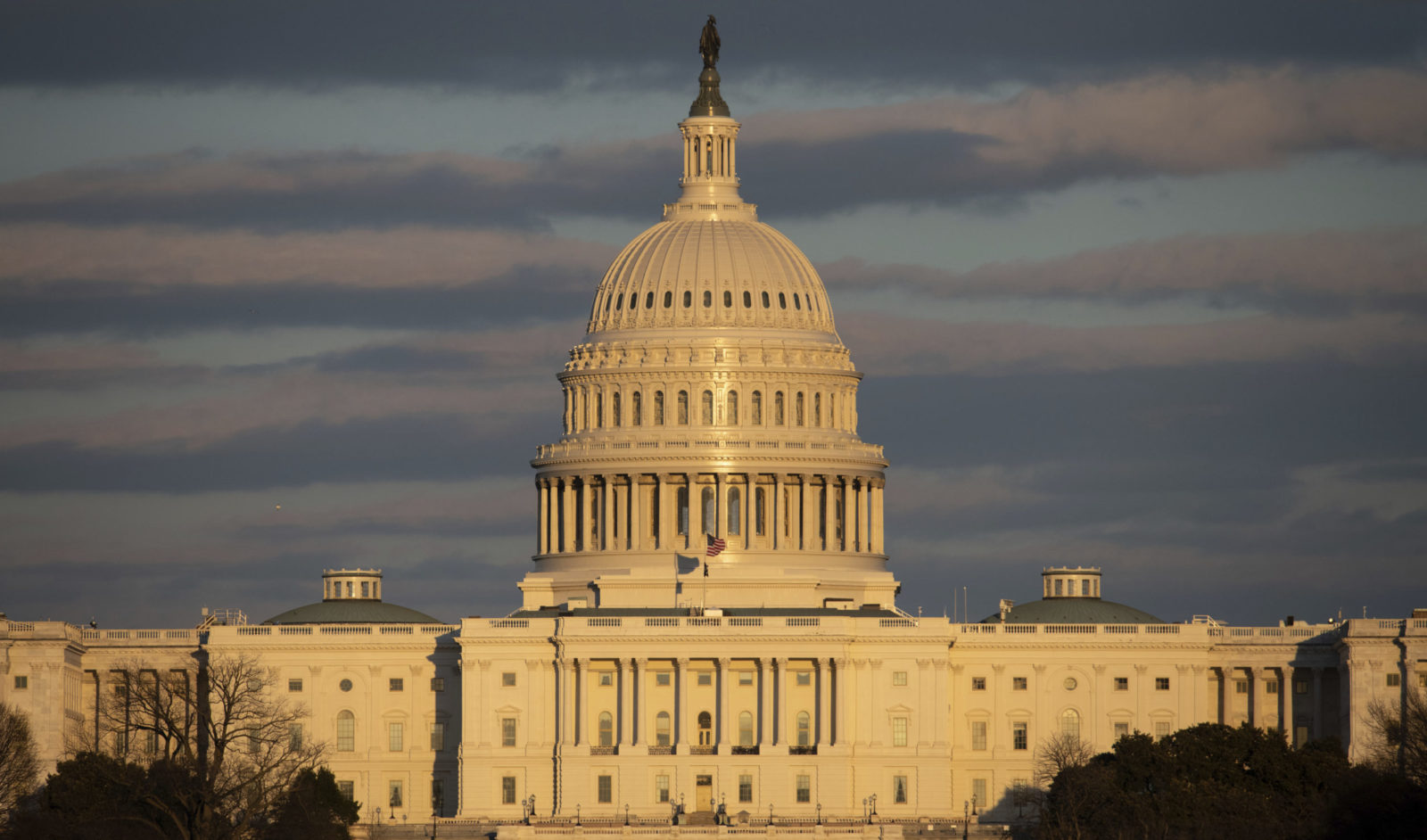 Pinpointing where Democrats are on Israel

An outspoken faction of the Democratic Party is openly criticizing Israel, but where does the mainstream stand?

Pro-Israel Democrats are grappling with how to reconcile widespread support for the Jewish state with vocal and occasionally misleading attacks from an outspoken faction of the party amid escalating violence between Israel and Hamas. In recent weeks, a group of House members critical of Israel have amped up their rhetoric, accusing Israel of “apartheid” in sharply worded social media statements while renewing calls for conditioned U.S. military assistance and seemingly downplaying threats from Hamas.

Even a pair of well-established Israel supporters in the Senate have veered from their usual pronouncements. On Saturday, Sen. Bob Menendez (D-NJ) said he was “deeply troubled” by Israel’s recent military actions, and Senate Majority Leader Chuck Schumer (D-NY) has been conspicuously reticent on the issue.

Still, longtime pro-Israel advocates in the party argue that support for the Jewish state remains strong even as social media platforms like Twitter appear to have empowered the Democratic Party’s more extreme Israel critics. “I’m not overly concerned about where the House Democratic Caucus is on Israel,” former Rep. Steve Israel (D-NY), who chaired the Democratic Congressional Campaign Committee from 2011 to 2015, said in an interview with Jewish Insider on Wednesday. “They support U.S.-Israeli relations.”

“I do get concerned with imbalanced news coverage and social media,” Israel added, “because neither of those platforms are providing the context that’s necessary to truly understand the conflict, and how to resolve it.”

Rep. Debbie Wasserman Schultz (D-FL), a long-standing pro-Israel stalwart, echoed that view. “We have a small group of loud voices,” she said. “The overwhelming majority of Democrats in the nation, and Democrats in Congress, are strongly supportive of Israel, of the U.S.-Israel relationship, of Israel remaining a Jewish and Democratic state.”

“From the president on down, there are still many, many, many Democrats who will always have strong support for Israel,” said Rep. Kathy Manning (D-NC), the former chairwoman of the Jewish Federations of North America. “I think we’re seeing some weariness by some Democrats because if all you do is watch the news, what you see is heartbreaking,” she added. “But people need to understand that Hamas brought this up.”

According to AIPAC spokesman Marshall Wittmann, “bipartisan congressional solidarity with Israel has been expressed in nearly 400 statements of support during the current conflict.”

Recent polling, however, has also contributed to the impression that Democratic support for Israel may be diminishing, as two separate surveys released on Wednesday appeared to suggest. While a plurality of registered Democratic voters — 36% — said they sympathized with both Israelis and Palestinians, 34% of respondents were either unfamiliar with or didn’t have an opinion on the Israeli-Palestinian conflict, according to a Morning Consult/Politico survey of 1,992 voters. Moreover, the poll revealed that 18% of Democratic respondents sympathize with Palestinians and 12% with Israelis.

Those numbers were further underscored in an Economist/YouGov poll published yesterday, indicating that 35% of Democratic voters were equally sympathetic to Israelis and Palestinians while another 23% of Democrats sympathize with Palestinians and 16% with Israelis.

Despite the variety of opinion, the new polls simply demonstrate that more Democrats now harbor positive attitudes toward both the Israeli and Palestinian causes, views that dovetail with Democratic support for a two-state solution, according to Tamara Cofman Wittes, a senior fellow in the Center for Middle East Policy at the Brookings Institution.

“Being an ally of Israel,” Wittes told JI, “doesn’t mean, based on the polling data we have, that Americans don’t care about Palestinians or their aspirations or their rights.”

A recent Gallup poll indicated that three-quarters of Americans hold a favorable view of Israel — a number that has held steady since at least 2018.

“Pro-Israel Democrats, who represent the overwhelming majority of the party, are making it clear that support of Israel’s right of self defense and support of Palestinian rights are not mutually exclusive,” said Halie Soifer, CEO of the Jewish Democratic Council of America.

The Israeli-Palestinian conflict has not been the subject of such heated debate since the 2014 war between Israel and Gaza, according to Soifer, and recent tensions in the region have cast light on what she describes as a “new pro-Israel paradigm” within the Democratic Party that may have gone undetected until now. “People no longer view being pro-Israel and pro-Palestinian as a binary choice,” she said.

In that time, however, digitally savvy Israel critics such as Reps. Alexandria Ocasio-Cortez (D-NY), Rashida Tlaib (D-MI) and Ilhan Omar (D-MN) — all of whom were elected in the last few years — have also become adept at using social media to disseminate their views.

“I think the anti-Israel forces were more determined, more creative, and worked harder in getting their message out,” Ann Lewis, co-chair of Democratic Majority for Israel, told JI. “They felt they were the underdogs, and therefore, they were more committed to telling this story and telling it in some pretty loud way.”

Rep. Mark Pocan (D-WI), a leader among Democrats skeptical of Israel who organized an hour of House floor speeches criticizing Israel’s policies and behavior toward Palestinians last week, claimed that an increasing number of Democrats in Congress are siding with him on this issue.

“You’re seeing more members who are raising questions,” Pocan told reporters on Wednesday. “Last week was the first time we filled an entire hour — we had more people that wanted to speak than even could.”

But Pocan also acknowledged that left-wing Israel critics are at odds with Democratic Party leaders, telling reporters that he is unsure if House Democratic leadership will allow a vote on a resolution introduced by Ocasio-Cortez seeking to block a $735 million arms sale to Israel.

Pocan said the Israeli-Palestinian conflict represents one of the progressive caucus’s biggest areas of disagreement with President Joe Biden, who has reiterated his belief that Israel has the right to defend itself while expressing support for a cease-fire between Israel and Gaza.

“I don’t feel like Israel’s position, its security, its American diplomatic support globally, is imperiled,” said Scott Lasensky, who served as a senior policy adviser on the Middle East and Israel in the Obama administration. “But it will make some uncomfortable. If some want Americans’ support and congressional support to be zero sum and to be uncomplicated, that’s not the reality that we’re in right now.”

Joel Rubin, executive director of the American Jewish Congress who served as director of Jewish outreach for Sen. Bernie Sanders’s (I-VT) 2020 presidential campaign, said he has been concerned by some of the charged rhetoric used by progressive Democrats on social media, particularly amid rising incidents of antisemitism.

“I think we’ve kind of lost our way a little bit in the language on this,” Rubin said in an interview with JI, noting that some progressive Israel critics are “pushing away” potential allies as they rush to denounce the Jewish state. “That’s distressing.”

But while the conversation may be somewhat raw at the moment, Rubin is optimistic that Democrats can ultimately find room for productive debate as intraparty disagreement over Israel comes to a climax. “It’s always been a fascinating and intriguing tension point,” he said. “But it’s healthy in a lot of ways.”