In testimony before the Senate Armed Services Committee, Gen. Kenneth McKenzie said Iran will continue to act through proxies 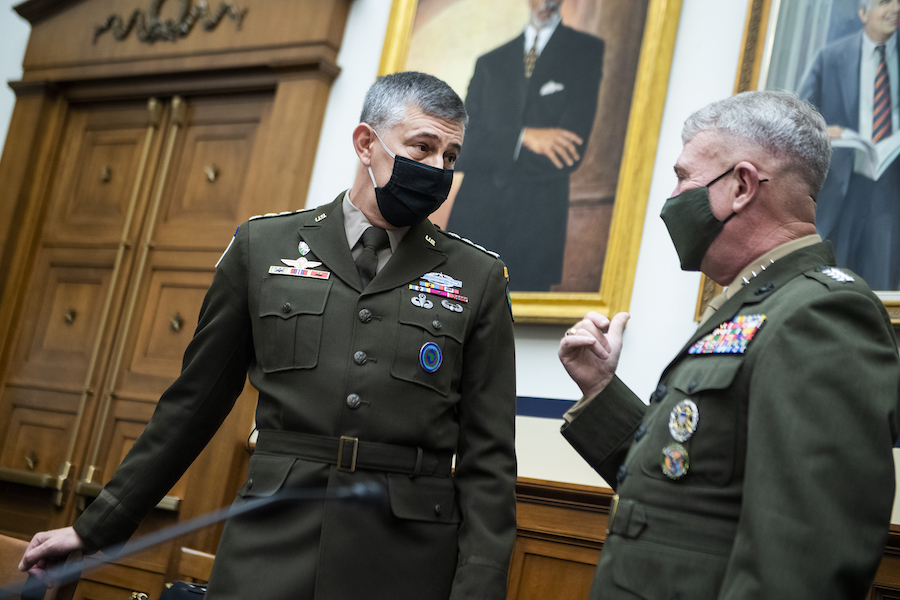 Iran is attempting to avoid direct state-on-state conflict with the U.S. pending the outcome of the nuclear negotiations, General Kenneth McKenzie, the commander of U.S. Central Command, told the Senate Armed Services Committee during a hearing on Thursday.

McKenzie said that Iran is avoiding direct confrontation with the U.S. while continuing deniable activities through proxies with the goal of forcing the U.S. out of nations like Iraq.

“They are prepared to [conduct attacks], which they believe they can disavow by their actors, their proxies acting on the ground, to conduct low-level attacks against us,” McKenzie asserted. “Over the last year in 2020, the Iranians believed they had a political solution to eject us from Iraq. That no longer appears to be a viable way ahead for them. So we’re seeing a return to a more kinetic approach.”

McKenzie also affirmed the Israeli military’s assessment that a Syrian missile attack on Israel on Wednesday was likely unintentional, and is not a sign of a broader Syrian campaign of direct attacks on Israel.

The incident, he said, appeared to have been an attempt by Syrian air defense forces to shoot down Israeli aircraft striking locations in Syria, but the missile missed its target and continued into Israel. It exploded in southern Israel near the site of Israel’s nuclear reactor in Dimona.

“I think it reflects incompetence in Syrian air defense,” McKenzie explained. “I do not believe it was an intentional attack, but just rather a lack of capability on the part of the Syrian air defenders.”

McKenzie added that he expects Israel’s qualitative military edge in the region to remain secure, downplaying concerns about U.S. arms sales to other Middle Eastern nations.

“I am confident that we will be able to preserve Israel’s QME going forward, even considering arms sales to the various countries across the region,” he said. “And we should also reflect that the arms sales across the region at least partially reflects the increasing normalization of ties between Israel and those nations.”

McKenzie spoke on the issue at a House Armed Services Committee hearing earlier this week, noting that arms sales to countries such as the United Arab Emirates are a key part of the U.S. strategy for deterring Iran.

At that hearing, McKenzie also emphasized the threat of Iranian drones to U.S. forces and allies, which he said the U.S. is not yet fully equipped to counter.