There is substantial bipartisan support for repealing the 2002 Iraq AUMF, but some disagree about its implications 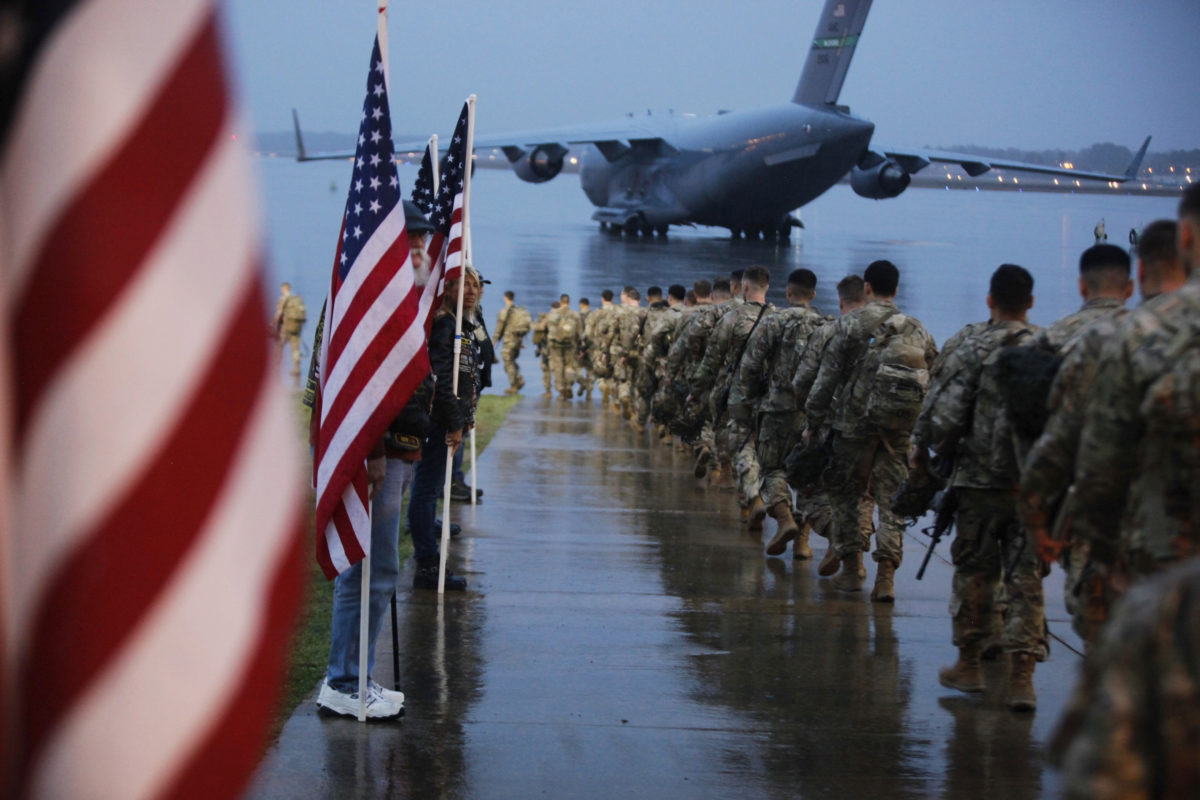 A House push to repeal the 2002 Authorization for Use of Military Force (AUMF) has picked up support across the political spectrum as President Joe Biden begins taking significant steps to extract the U.S. from Middle East conflicts that date back to his time in the Senate, leaving some legislators concerned that a full repeal could open the U.S. and its assets to future attacks.

Last month, the House Foreign Affairs Committee voted to advance a bill that would fully repeal the 2002 AUMF, originally passed to allow the U.S. to wage war on Saddam Hussein’s regime. The legislation was introduced by Rep. Barbara Lee (D-CA), the only lawmaker at the time to vote against the post-9/11 2001 AUMF targeting terror groups and the 2002 AUMF. The current bill is cosponsored by 114 members reflecting a rainbow of ideological viewpoints, from House Freedom Caucus Chair Rep. Andy Biggs (R-AZ) to progressive “Squad” members such as Rep. Rashida Tlaib (D-MI) and Democratic moderate Rep. Abigail Spanberger (D-VA).

Such repeal efforts passed the House on multiple occasions during the 116th Congress, but faced opposition in the Senate — largely from Republicans — and from the Trump administration. This term, Sens. Todd Young (R-IN) and Tim Kaine (D-VA) are pushing similar legislation to repeal the AUMFs from both 2002 and 1991, the latter of which authorized the Gulf War.

Repealing the 2002 AUMF, Lee told Jewish Insider, “is a no-brainer. It does nothing to support troops in the field; it is only a temptation for abuse. [The] 2002 repeal passed the House twice in the 116th Congress. It is past time to get it off the books,” she said, adding: “The 2002 AUMF was intended to enforce UNSC [United Nations Security Council] resolutions regarding Saddam Hussein’s WMD programs. Those programs have been dismantled; the UNSC resolutions have expired; and Saddam himself has been dead for 15 years.”

Rep. Mike Gallagher (R-WI), who introduced a separate bill to repeal the 2002, 1991 and 1957 AUMFs, described the repeal efforts as “a matter of basic constitutional hygiene.” The Cold War-era 1957 AUMF authorized activity against communists in the Middle East, but was never directly invoked.

“These authorizations are no longer relevant, and their repeal would not impact ongoing operations,” Gallagher told JI. “War powers are Congress’s most important constitutional responsibility, and it’s critical we take this small but significant step forward to reassert our authority.”

Both inside and outside of Congress there remains considerable debate over the continued necessity of the 2002 AUMF. During a House Foreign Affairs Committee meeting last month, Republicans argued that repealing the 2002 AUMF without a broader reform of presidential war powers, including the 2001 AUMF — a much more difficult prospect — could prevent the president from responding to threats to the United States.

The 2002 AUMF was most notably cited in recent years as part of former President Donald Trump’s legal justification for the 2020 strike on Iranian Gen. Qassem Soleimani in Iraq.

Some outside analysts, like John Hannah, a senior fellow at the Jewish Institute for National Security of America, agree with Perry that repealing the 2002 AUMF would tie Washington’s hands, particularly in fighting Iranian proxies that have established a foothold in Iraq.

“I do think that the most energetic opponents of an aggressive U.S. policy to combat Iranian regional aggression are the same people who want to either do away with those AUMFs entirely, or to drastically reform them or amend them in such a way that they really limit the ability of any president to take action against the Iranian threat,” Hannah said. “Once you begin getting rid of the AUMFs, the real purpose behind [that] is to tie the president’s hands to address the ongoing threat from Iran and its proxies throughout the region.”

Others say that repealing the 2002 AUMF would have little to no practical effect on U.S. engagement with Iranian proxies in Iraq, given that presidents can continue to cite Article II self-defense powers.

“If you look at the legal justifications associated with military strikes in the Middle East, the primary justification is almost always either the 2001 AUMF or Article II authority,” Gallagher said. “Where the 2002 AUMF is cited, it’s a secondary source of legal authority that is ultimately unnecessary.”

Richard Fontaine, the CEO of the Center for a New American Century, echoed Gallagher.

“You have to ask yourself, would they not have targeted Soleimani if the 2002 AUMF had been repealed prior to it? And my guess is that they would have done exactly the same thing,” Fontaine said. “I don’t think at the end of the day it will make that much difference.”

Of the Trump administration’s argument that the 2002 AUMF allowed the Soleimani strike, Fontaine added, “I don’t know how many people found that terribly persuasive.”

Still others, like Lee, say that the Iranian threat is irrelevant to the debate over the 2002 AUMF.

“The argument that the 2002 AUMF is somehow a tool to be used against Iranian militias that did not exist when it was passed 19 years ago is a complete red herring,” the California Democrat said. “If some members feel that we should authorize force for a proxy war with Iran, they should have the courage to introduce a new authorization to enable that. Otherwise, they are just contributing to the dereliction of responsibility we’ve seen from Congress for 20 years.”

Despite bipartisan agreement among a number of legislators that the 2002 AUMF should be repealed, it is not clear if they will be successful in these efforts.

“There’s nothing that’s not going to be difficult [regarding AUMF reform],” said former Ambassador Dennis Ross, a fellow at the Washington Institute for Near East Policy, adding that efforts to move the issue forward may require the Biden administration to expend political capital in Congress — something it may not be willing to do on this contentious issue so early in the president’s tenure. The Biden administration has expressed support for AUMF repeal efforts.

Fontaine said 2002 AUMF repeal is “possible” but added “there’s a certain ‘Groundhog Day’ quality to some of these debates, because every few years the drive for a new AUMF sort of gathers steam. It’s never actually been successful.”

Even if the 2002 AUMF repeal efforts do succeed, lawmakers are likely to face a nearly insurmountable challenge in reforming the 2001 AUMF, on which there is much less agreement, including among legislators backing 2002 AUMF repeal.

“I think it’s inconceivable that they’ll repeal the 2001 AUMF without replacing it with something,” said Fontaine, “and I think the difficulty of replacing it is so profound that it’s unlikely that it will be repealed,.”