In call with Jewish leaders, Pence reflects on the Trump administration’s record 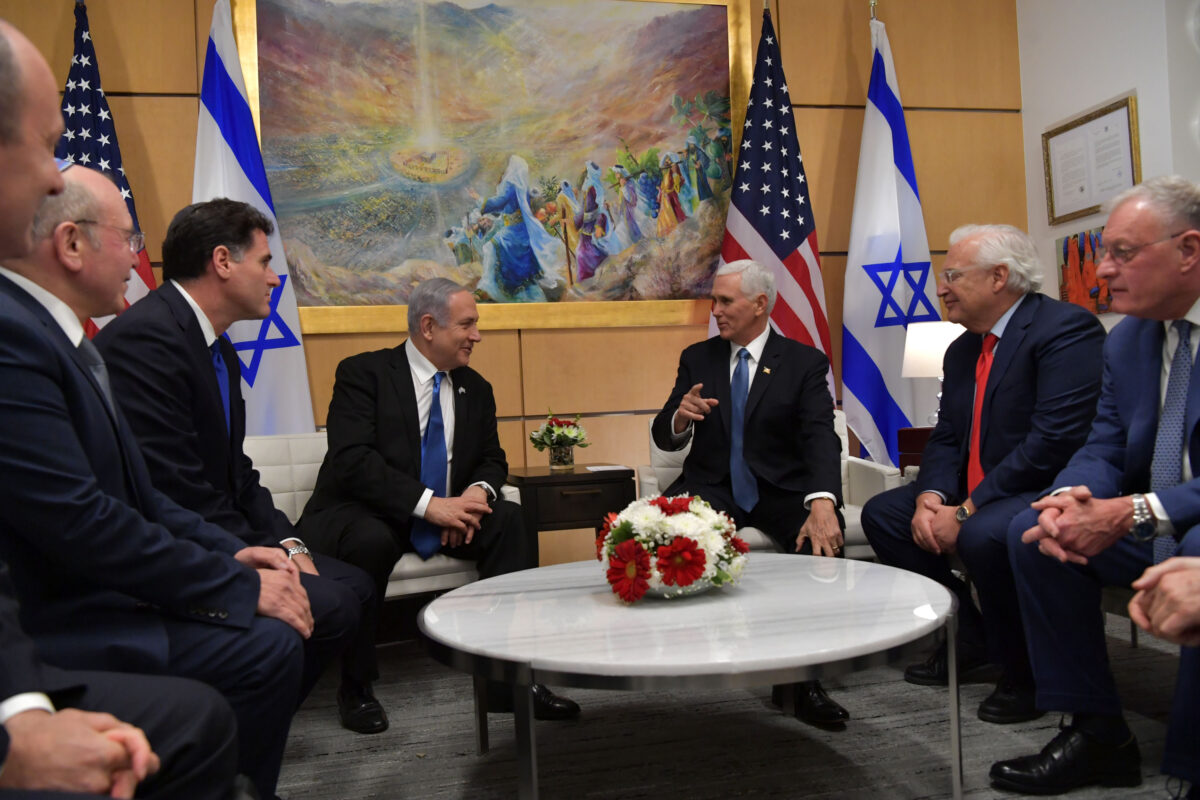 Vice President Mike Pence reflected on the Trump administration’s accomplishments and record on Israel in a conference call with Jewish leaders and supporters on Tuesday ahead of Hanukkah.

“It’s been such an extraordinary honor for me to serve as your vice president, alongside the greatest friend and strongest defender of the state of Israel and the Jewish people — ever to sit in the Oval Office — President Donald Trump,” Pence said in the 10-minute call, which was held a day ahead of the White House’s annual Hanukkah reception. “When you think of the accomplishments over the last four years, I know for many it seems almost surreal.”

Pence cited a number of the administration’s policy victories, including the relocation of the U.S. Embassy, the administration’s recognition of Jerusalem as Israel’s capital and Israeli sovereignty over the Golan Heights, and the U.S. withdrawal from the 2015 nuclear deal with Iran. “I want to thank all of you for the role that you’ve all played in this time,” he told participants. “It is in such a time as this, you were there — standing beside this president, standing beside our administration as we made such gains.”

The vice president also listed more recent actions taken by the administration since the November 3rd election, including labeling products from the West Bank settlements as Israeli products and recognizing international pro-BDS entities as antisemitic. Pence also noted the Department of Justice’s lawsuit against the village of Airmont, N.Y., over zoning restrictions that targeted its Orthodox Jewish residents. He also highlighted the Supreme Court’s ruling last week against New York Gov. Andrew Cuomo’s restrictions on houses of worship.

“It’s truly extraordinary what we’ve been able to accomplish together,” Pence summarized.

Pence didn’t directly address the election results or discuss the possibility of a second Trump term. “While we have much yet to do, I wanted to take this opportunity just to extend our very best wishes to all the great leaders and friends on this call,” he said. “All of you across the country have supported us in every way that you can, but most especially your prayers.”

Pence also paid tribute to the late Rabbi Lord Jonathan Sacks, who passed away last month after a short battle with cancer. “He was a true Eved Hashem — a humble servant of God,” Pence said.

Pence noted that Rabbi Sacks helped write his address to the Knesset during a 2018 visit to Israel and advised him on issues related to the Jewish community. “I will always count it as a privilege to have known him and to have benefited [from] his counsel,” he said.