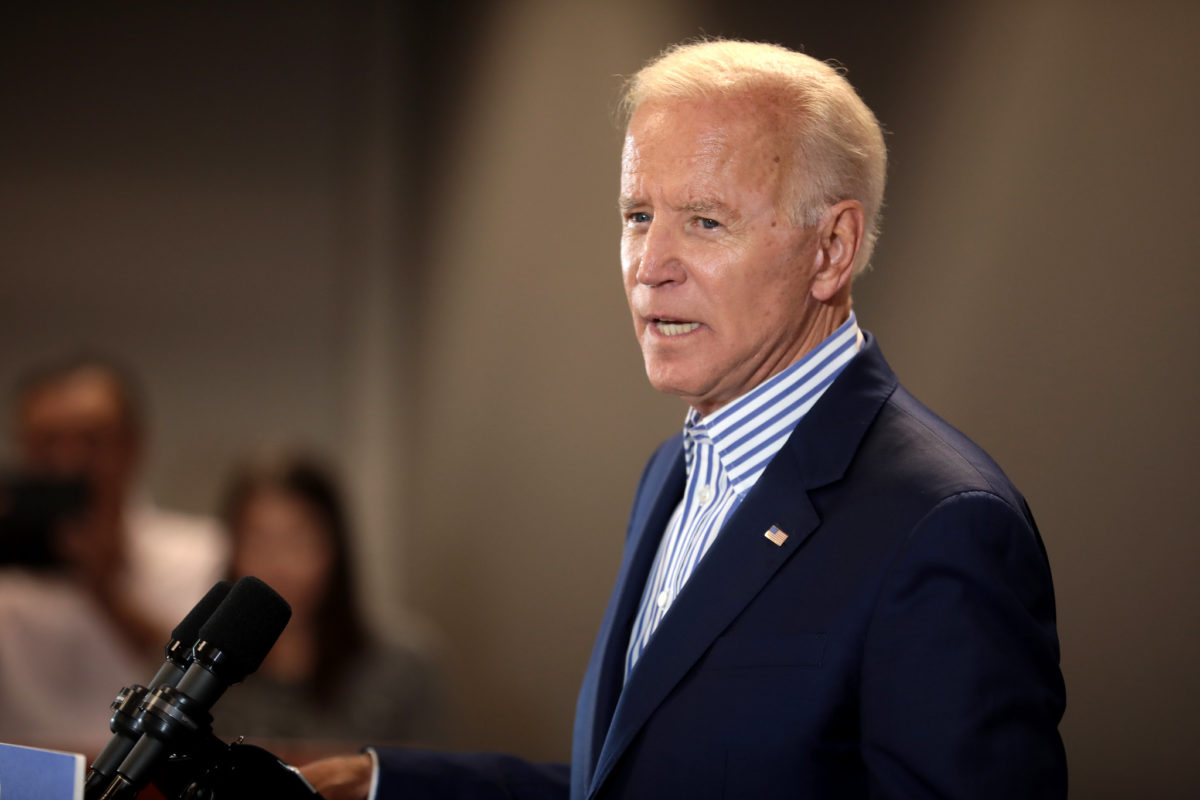 Former Vice President of the United States Joe Biden speaking with supporters at a town hall hosted by the Iowa Asian and Latino Coalition at Plumbers and Steamfitters Local 33 in Des Moines, Iowa.

With the outcome of the presidential election still uncertain, Jewish Republicans expressed satisfaction on Wednesday that the party had performed better than expected in the battle to preserve its majority in the Senate.

“GOP control of the Senate is a brake on extremism,” former White House press secretary Ari Fleischer told Jewish Insider during a press call hosted by the Republican Jewish Coalition. “Now you cannot abolish the filibuster, you cannot pack the courts, you cannot create new overwhelmingly Democratic states. What you have to do now is legislate, and do so in a bipartisan manner, regardless of who’s in the White House. So it’s normalcy as opposed to an open door to radicalism.”

RJC national chairman and former Sen. Norm Coleman (R-MN) echoed Fleischer’s sentiment, saying he’s “satisfied” with the results, which as of Wednesday morning indicate the GOP managed to avert a Democratic takeover of the Senate. While he expressed hope that Trump would be reelected — “I’m saying my prayers and keeping my fingers crossed” — Coleman suggested that Republican control of the Senate “is a good thing for the Republic,” and would ultimately prevent “a disaster for the country,” if Biden were to win and his party to control both chambers of Congress.

Currently, Republicans lead Democrats 48-46 — though Sens. Angus King (I-ME) and Bernie Sanders (I-VT) caucus with the Democrats — with four races yet to be called. Democrats appear to have fallen short of the blowout Senate majority predicted in the weeks before the election, losing a number of races they had hoped would grant them a majority in the upper chamber.

One senator who faced a tough reelection bid but won handily is Sen. Lindsey Graham (R-SC).

Fred Zeidman, a Houston-based GOP donor and Graham confidante, told JI on Wednesday morning he’s “beyond thrilled” and “incredibly secure” that the 65-year-old Republican, who has represented South Carolina in the Senate since 2003, will continue — “along with Ted Cruz — to be the most verbal supporter” of Israel in the Senate. “I’m very comfortable, if we’ve got 51 [GOP senators] because that’s our firewall, and that’s what we have to have to stop any… runaway agenda coming out of the [Biden] administration, if they were to win.”

Zeidman added that “short of keeping the White House, I’m not near as concerned for the State of Israel as I would have been had we not kept the Senate — because I do have some real trepidation about the next administration’s leanings on the Israel issues.”

Shimrit Meir, an Israeli analyst and commentator, told JI that assuming the relationship between Netanyahu’s government and the Democrats has shifted since the Obama administration, Prime Minister Benjamin Netanyahu would likely “save the option” of having the Republicans in control “for a desperate time — a looming agreement with Iran that doesn’t address [Israeli] concerns, for example.”

A Republican Senate will have an ability to “apply unique pressure” on a Biden administration’s foreign policy, suggested Richard Goldberg, senior advisor at the Foundation for Defense of Democracies.

Goldberg, who was a senior GOP Senate aide to former Sen. Mark Kirk (R-IL) and spearheaded several rounds of sanctions that were passed over the Obama administration’s objections, explained that the Republicans can attach amendments to spending and defense bills, conduct hearings and hold up nominees to prevent a Biden administration from giving sanctions relief to Iran. Such a dynamic, he added, could force the new president to “instead work to restore the bipartisan consensus on Iran that existed prior to the nuclear deal.”

Former Rep. Ileana Ros-Lehtinen (R-FL) said in an email that the dynamics of a divided government promote “measured compromise” simply because “any party that holds a trifecta has a tremendous urge to act radically before they lose that control.”