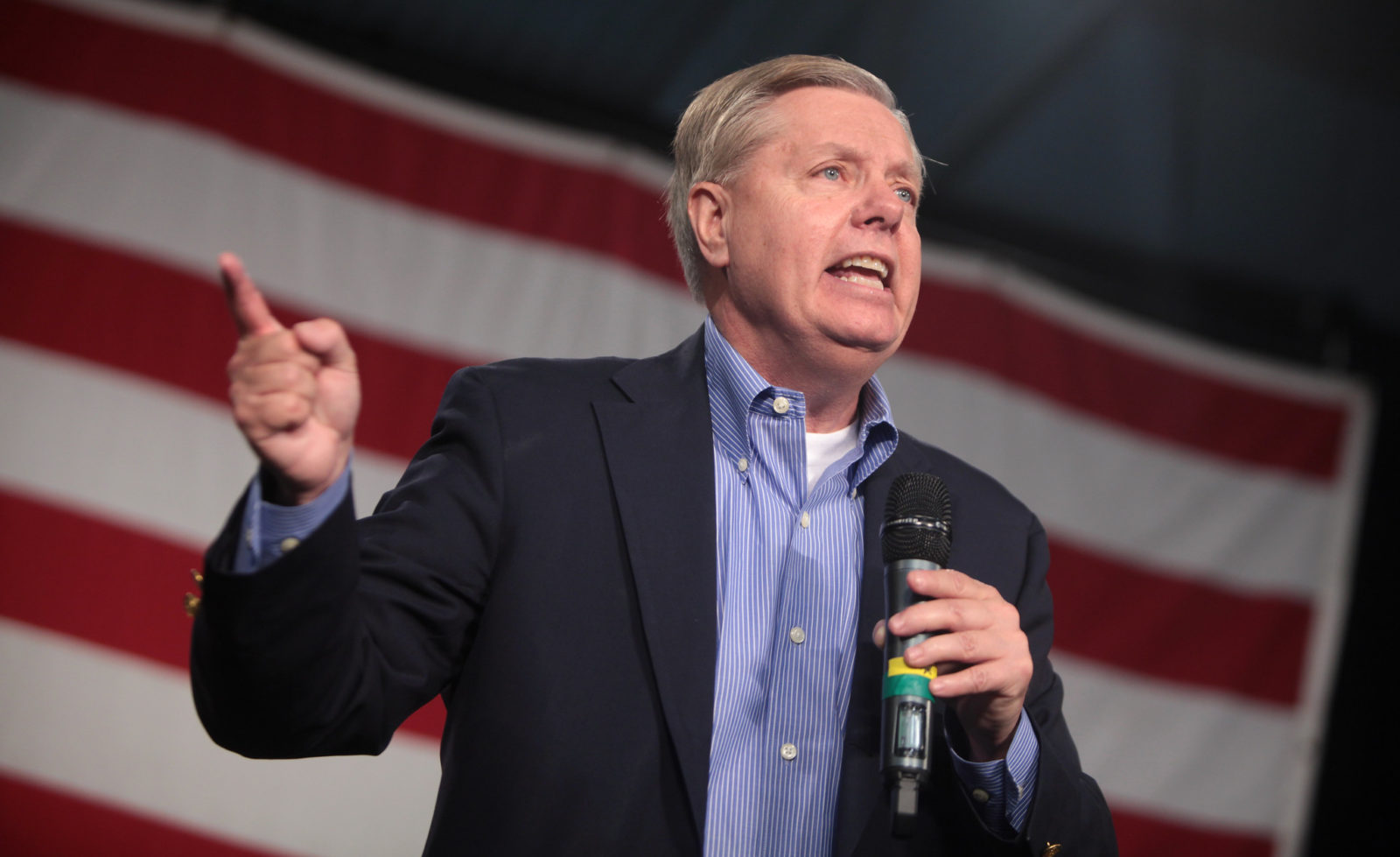 Is Lindsey Graham in trouble? His closest allies aren’t sweating it

The South Carolina senator is fending off a well-funded challenger, but his confidantes remain unworried by the threat

As Election Day nears, Sen. Lindsey Graham (R-SC) is facing what may be the most challenging race of his political career. Graham’s Democratic opponent, Jaime Harrison, has outraised him by orders of magnitude, pulling in an astonishing $57 million in the most recent quarter — money Harrison has used to flood the airwaves with advertising in the weeks leading up to November 3.

Harrison’s strategy appears to be working. The Cook Political Report has moved the race to a toss-up, and a number of polls suggest the two candidates are tied. While a recent Morning Consult survey gave Graham — who raised $28 million from July to September — a six-point berth, Robert Oldendick, a professor of political science at the University of South Carolina, contends that the senator remains vulnerable.

“I still believe this race is a toss-up,” he told Jewish Insider on Tuesday afternoon.

Despite Graham’s handicaps, his allies believe the 65-year-old Republican, who has represented South Carolina in the Senate since 2003, will emerge victorious.

“Could he be in trouble?” Fred Zeidman, a Houston-based GOP donor and Graham confidante, mused in an interview with JI. “If money is still the determinant, he could be in trouble, but I just don’t see that at all.”

“It is inconceivable to me that everyone is not voting for this man,” Zeidman said, adding his belief that the media has overplayed Harrison’s fundraising prowess. “Unless this guy is going to pay for every TV commercial on every station, I don’t know what he’s going to do with $60 million,” Zeidman averred. “I mean, to try and money-whip a guy that has been as devoted a patriot as Lindsey Graham — it ain’t right.”

Norm Coleman, the former Republican senator from Minnesota and current chair of the Republican Jewish Coalition, echoed that view.

“In the end, I’m confident the people of South Carolina are going to choose somebody who represents their values, and that’s Lindsey Graham,” he told JI. “No amount of money is going to overcome that.”

He added that Graham, who serves as the chairman of the Senate Judiciary Committee, would earn points with South Carolina voters for his effort to confirm Judge Amy Coney Barrett, President Donald Trump’s pick to succeed the late Justice Ruth Bader Ginsburg on the Supreme Court.

“Lindsey’s case is pretty simple,” Coleman told JI. “He is for getting rid of the Iran deal, and Jaime Harrison, like any Democrat, would have supported it.”

“I’m not cautious on this one,” he concluded.

The hedge fund manager Sander Gerber is another strong supporter of Graham’s. “Lindsey is the best value for public money,” said Gerber, who was instrumental in convincing Graham to support the Taylor Force Act, which withholds U.S. aid to the Palestinian Authority on the condition that Ramallah ends payments to families of terrorists.

“No senator works harder than he does,” Gerber said of Graham. “He deserves to be in the Senate.”

Deserving or not, Graham’s position suggests he is slightly more susceptible to defeat than his supporters would like.

And Gerber recognizes that Graham is on the defensive as he seeks to hold onto his seat, noting that the incumbent’s biggest weakness may be his close connection with the president, who is lagging in the polls.

“That’s the question mark,” Gerber said, though he posited that Graham would most likely come out on top thanks in part to strong name recognition in the solidly conservative state. “Lindsey is a great hero for the pro-Israel community,” Gerber told JI. “In many ways, Lindsey’s more pro-Israel than AIPAC.”

Still, Gerber isn’t exactly counting his chickens just yet when it comes to Graham’s prospects.

“I think it’s important for everyone to get out and vote,” he cautioned. “The race is not a lock, but he should pull through.”