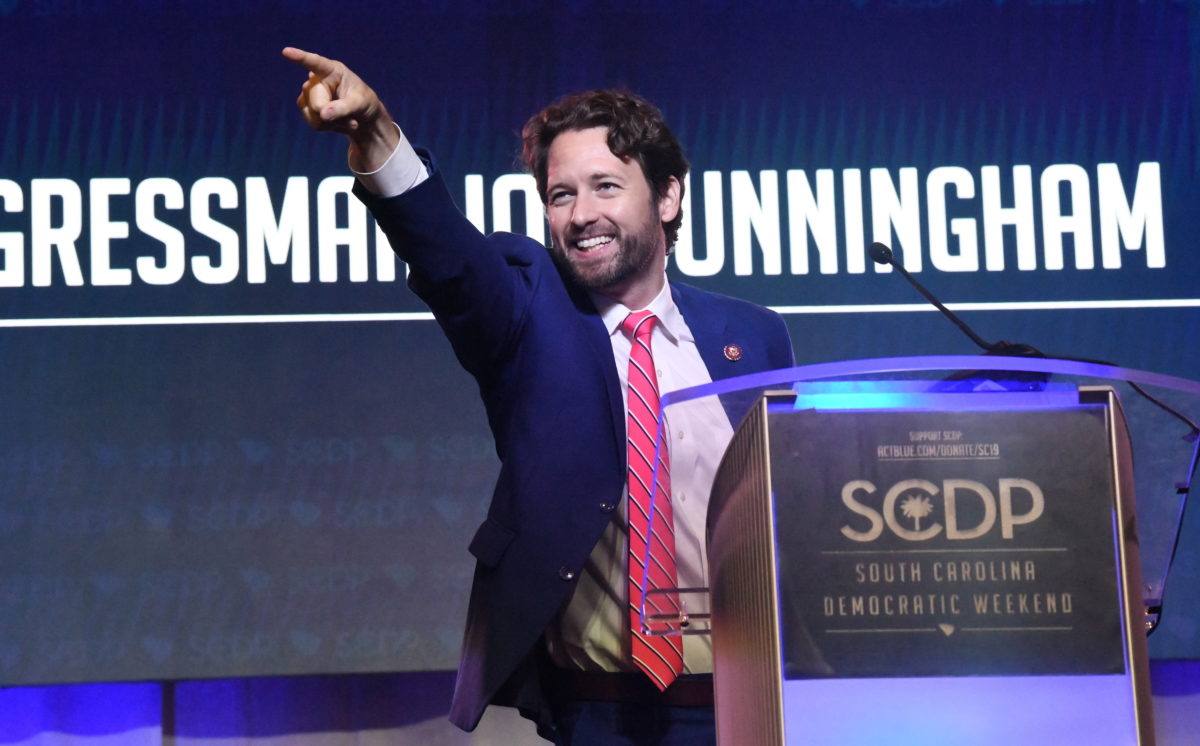 Republicans had high hopes that the party would be able to take back South Carolina’s first congressional district this election. They had a candidate with an impressive resume and solid financial support, a district that President Donald Trump won by 12 points and a first-term incumbent who had been elected by just 1.4 points.

A new poll commissioned by the Democratic Congressional Campaign Committee found Cunningham leading Mace by 13 points, and race handicappers including the Cook Political Report and Sabato’s Crystal Ball have moved the race from “Tossup” to “Lean Democratic” in recent weeks.

Gibbs Knotts, a political science professor at the College of Charleston, credited Cunningham’s fundraising and “really effective commercials” for his success in widening the polling gap between himself and Mace.

“[He’s] somebody who’s really about not being super ideological,” Knotts told Jewish Insider. “That message has been able to get out, and he’s been able to tell that story a bit more.”

Cunningham’s advertising has emphasized bipartisanship, Knotts continued, and highlighted votes in which he has bucked the party line. Several of Cunningham’s ads point to the freshman legislator’s fight against a congressional pay raise proposed by Democratic leaders. “There’s nothing I won’t do in D.C. to put the Lowcountry first,” Cunningham says in one ad.

Cunningham even received praise from Sen. Lindsey Graham (R-SC) for his position on coronavirus-related unemployment benefits in a recent senatorial debate.

Nevertheless, Knotts cautioned that the DCCC-commissioned poll may somewhat overstate Cunningham’s lead. “It’s going to be close even with a strong candidate like Joe Cunningham,” he said. “I expect it to remain in the single digits.”

Mace’s campaign disputed the results of the DCCC’s poll.

“Right on cue, after blockbuster Q3 fundraising that breaks national records for amount raised over D incumbents, the DCCC comes out with a polling memo that defies science,” Mace campaign manager Mara Mellstrom told JI. “This race is a toss-up and all interested parties are acting accordingly… Believe your eyes — not a selectively leaked hack poll designed to scare money away at the close.”

Mace raised $2.3 million in the third quarter of 2020, while Cunningham raised $1.8 million. This gives Mace a cash on hand advantage going into the final month of the election — Mace has $1.7 million on hand compared to Cunningham’s $1.2 million, The State reported.

Knotts characterized Mace as having failed to “articulate her clear vision,” according to Knotts.

“She did not have a breakout moment in the debates,” Knotts said. “She had some bright spots… [but] I think Cunningham certainly held his own.”

Knotts also noted that Cunningham has solidified his support among college-educated suburbanites in the district, who are proving to be a key constituency for Democrats nationwide this cycle.