How Andy Borowitz is preparing for November 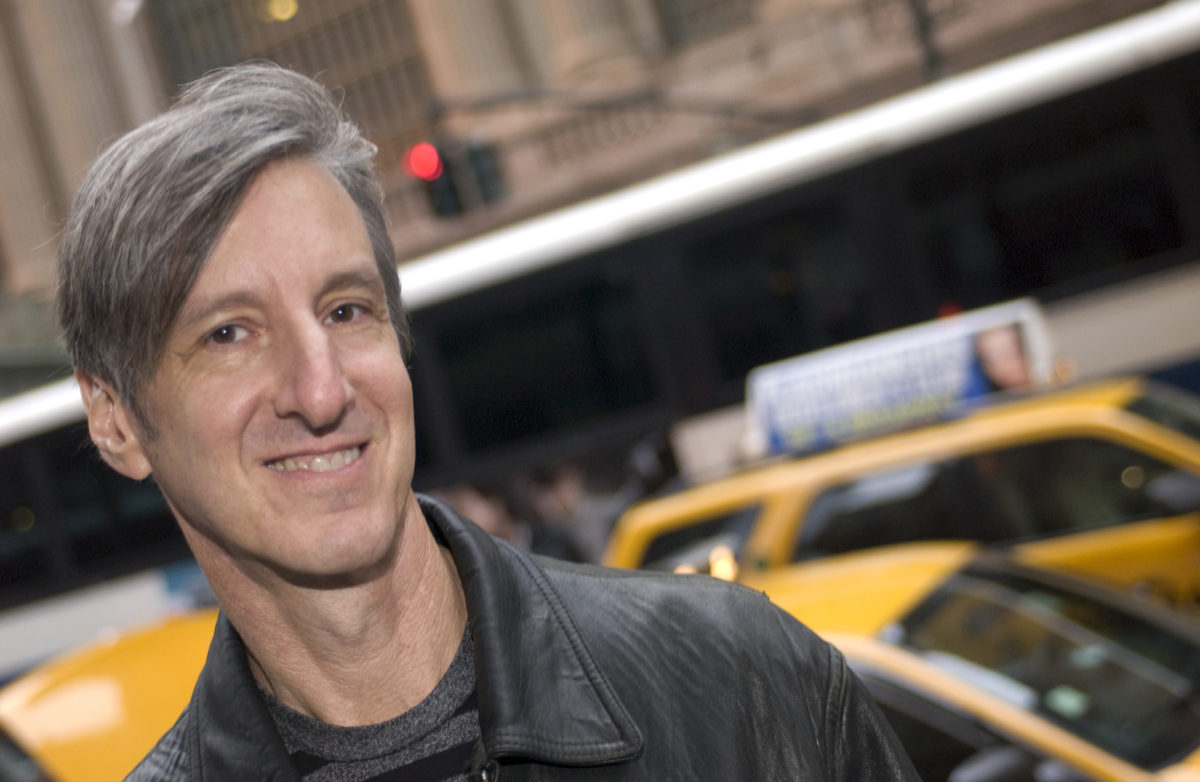 Andy Borowitz is tired of writing about the president.

“Trump has gotten so boring,” the satirist groaned in a recent phone interview with Jewish Insider. “Who wants to hear more of this guy? We’ve given this malignant narcissist his wish, which is to pay attention to him all the time. Enough already! It’s time to move on.”

Borowitz will, of course, find out whether he gets his wish in November, though he isn’t necessarily banking on an outcome in which Joe Biden — his preferred candidate — emerges victorious. “I think it will either be a close election one way or the other — either Trump wins or Biden wins — or it will be a Biden landslide,” Borowitz mused. “But I don’t think it will be a Trump landslide.”

The 62-year-old humorist’s output has increased since Trump took office nearly four years ago, though Borowitz, who writes satirical news dispatches for his eponymous newsletter, published by The New Yorker, said he has had to slow his pace on occasion out of concern that he will demoralize his readers with depressing material.

“There’ll be days where I’ve already done two things and then Trump does some crazy briefing at five o’clock and I have a joke and I just can’t do it,” Borowitz said. “I just feel like, first of all, I’m kind of tired of doing it, and secondly, I just don’t want to wear people out.”

“Most of the top stories have involved Trump because he’s — and I don’t mean this ironically — supremely talented at getting attention,” Borowitz said.

That doesn’t mean that Borowitz thinks satire is dead, as some pundits have postulated. “I remember after 9/11, Graydon Carter, the editor of Vanity Fair, said that irony was dead,” Borowitz recalled. “We would never be able to make ironic jokes again, because 9/11 had somehow made us all grow up very rapidly, and that did not turn out to be the case. I think irony is alive and well.”

Still, Borowitz acknowledged that it has become more challenging, over the past four years, to write satire that won’t be mistaken for real news.

“It’s much more of a minefield because it is such a thin line between coming up with the most idiotic idea you might have and something that then Trump will wind up doing two minutes after you write it, and that has happened to me,” Borowitz said. “I think it’s also happened to The Onion. That’s why, to some extent, sometimes I don’t make up really fanciful stories. I mean, sometimes I do. I will make up things that are clearly fictitious scenarios. But sometimes it is really more a question of just reporting what is actually going on and taking it very much at face value.”

Borowitz cites a recent headline — “Trump’s Agreeing to Talk to Woodward Shows Downside of Never Having Read a Book in Entire Life” — as evidence for his case. “It’s actually not a fanciful headline,” he said. “I’m actually saying something that’s 100% true, which is, he’s not a reader. And then, in fact, at a press conference later in the day, he pretty much confirmed that my headline was true because he said he had never read any of Woodward’s books.”

Borowitz believes that his headlines, which he writes himself, are the most important part of his job. He wonders if his fans even read past them. “That’s actually the most important thing I do because the headline is 99% of the joke,” Borowitz said. “I don’t really know what the statistics are for people who click through and actually slog through the remaining 200 words.”

He writes most of his articles on his iPhone and then cuts and pastes them into an email he sends to his editor — a practice that has served him particularly well during the coronavirus pandemic. “I have a very low overhead for my office here. I don’t actually even need a desk. My process has not in any way been disrupted by COVID-19,” said Borowitz, a longtime New Yorker who now lives in Hanover, New Hampshire, where he moved in June with his family.

“We’re now going to actually be participating in the electoral college,” Borowitz quipped, “unlike all those years when we were in New York adding our meaningless vote to the tally.”

Borowitz, who averages around 100 stories a year, mostly uses Google News to gauge the national mood. “I think because I write about current events, people sometimes presume that I am much more knowledgeable than I am, which I’m not,” he said. “What I tend to do is get a sense of what the main topic that most people are thinking about is.”

Though he maintains a Twitter account, Borowitz quit looking at the site years ago after his wife alleged that it had become a “third party” in their relationship. “It can just be an incredible time suck,” he said, adding, “A lot of what’s on Twitter, people are sort of diluted into thinking that it passes for news, and it’s not really news, it’s just some drunk person coming out of a club and typing something, and then it’s amplified by genuine or semi-genuine media outlets who, in an act of supreme laziness, just cut and paste tweets and turn that into an article.”

“I think an impressive headline would be ‘Trump says something and Twitter very deliberately crafts a reasoned response,’” he continued. “That would be an unusual headline, and you’ll never never see that happen.”

Borowitz said he is crossing his fingers for a Biden presidency, both as a “citizen of the planet” and as a humorist.

“Biden is like a golden retriever puppy who’s just sort of out of control and shits all over your rug, but you kind of like him anyway,” he said, chuckling at the image. “But we haven’t seen that Biden this time around, partially because of the coronavirus, because he’s been under wraps and also, I think, because he’s got really smart people working with him, and it’s like, if he can just not talk, we’ll be golden. And by the way, I’m saying this as a Biden supporter. I think that he will be a good president. But I think that as a target for comedy, he’ll be fantastic.”

Borowitz is hopeful that current tensions will subside. “I think we’ll get to a point where somebody or some group of people will be able to create some kind of movement that brings people together at least to the extent that we’re not in open warfare with each other the way we are now,” he said. “I don’t know who that will be. It certainly won’t be me because I’m part of the problem. I’m a divider, not a uniter.”

Not that he’s too attached to that role. “If everybody stopped fighting with each other and I had nothing to write about, that would be an amazingly great development, as far as I’m concerned,” Borowitz said. “I could do something else with my time.”