“Once it's announced by the government, we consider annexation to have happened” 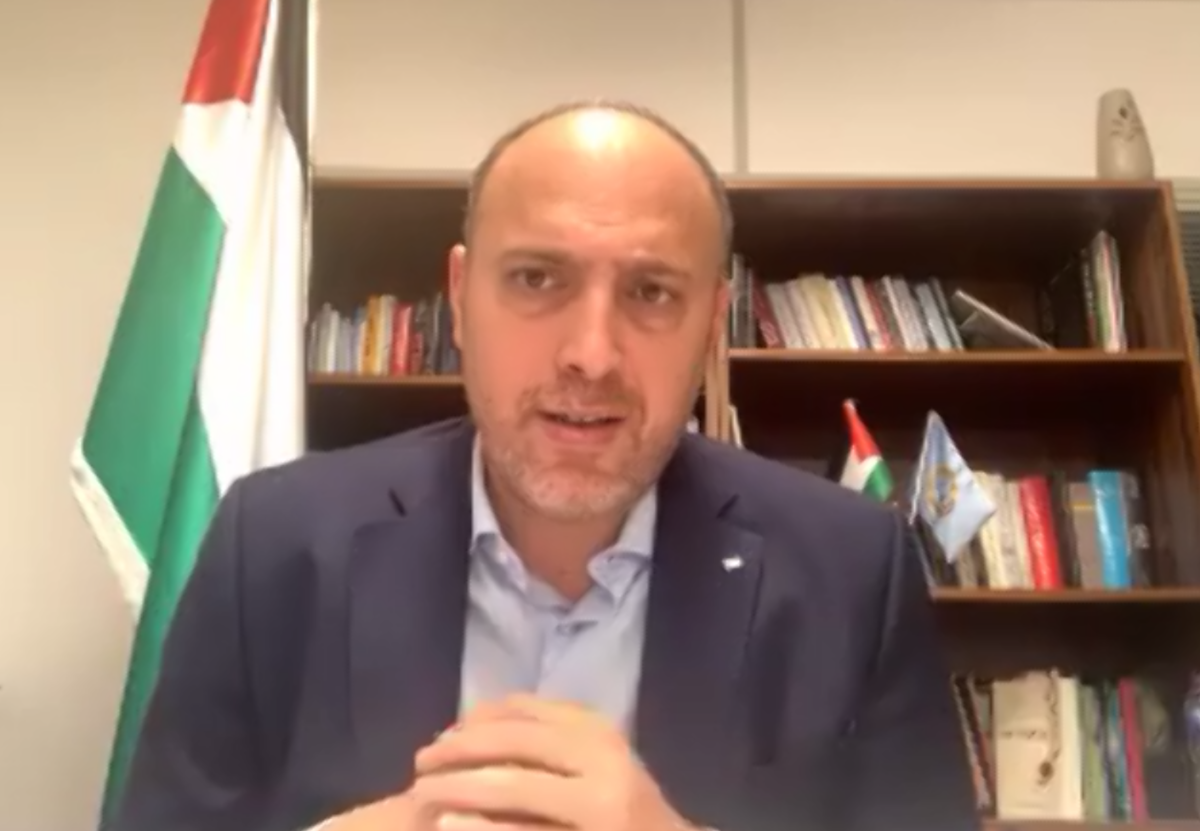 Israeli efforts to annex parts of the West Bank would mark a turning point in Israeli-Palestinian relations, Palestinian Ambassador to the U.K. Husam Zomlot warned on Tuesday. “For those who believe in the…two-state solution,”  Zomlot said during a webcast hosted by the Israel Policy Forum, “I think for us annexation would mark the smoking gun and the end of that paradigm.”

Why now? Last week, Palestinian Authority President Mahmoud Abbas said that, following Israeli Prime Minister Benjamin Netanyahu’s announcement that his government would move forward on annexation efforts, the PA planned to cease security coordination and annul all agreements with the U.S. and Israel. ”The train has left the station,” Zomlot said, explaining that the PA had waited to see if there would be a change in the Israeli leadership following the election in March, describing the strategy as “buying constructive time” before reassessing the situation and determining next moves. “But with this [new] coalition that even includes Labor, I don’t think there is a lot to contemplate on. There is nothing left for second guessing,” he said.

Last warning: Zomlot added that the annexation announcement alone serves as the point of no return for the Palestinian government. “Once it’s announced by the government, we consider annexation to have happened,” he said. “Business cannot go back as usual.”

Call for action: On the call, Zomlot laid out the PA’s expectations of American officials who oppose annexation. Zomlot said he was not impressed by recent statements made by former Vice President Joe Biden, noting that the presumptive Democratic presidential nominee did not include a course of action against Israel to “dissuade” it from moving forward. Biden said during a virtual fundraiser with Jewish Democrats last week that there could be no justification for leveraging military aid — a position that was supported by a number of former 2020 presidential candidates — because the U.S. has a commitment to “cover Israel’s back” on security. “If Netanyahu doesn’t hear or feel the words ‘sanctions, consequences,’ his calculus will continue and he will do the annexation,” Zomlot said. “If we cannot actually call for sanctions now to prevent this beast called annexation from destroying everything, I think we are doomed.”

Don’t bother calling: Zomlot told participants that “no Palestinian leader will agree” to resume peace talks with Israel under a hypothetical Biden administration if Israel moves forward with annexation. “I think the headache that Mr. Biden will inherit once he is elected — if he is elected — will be immense, and I don’t believe he can actually bring about an end to this conflict by another process. It would have been over,” he said.

Reserving judgment: Earlier this month, Biden pledged to reopen the U.S. consulate in East Jerusalem and the Palestine Liberation Organization mission in Washington, which were shuttered by the Trump administration, and resume financial ascites to the PA. Zomlot, who served as the PLO’s chief representative to the U.S. until he was recalled to Ramallah in 2018, told Jewish Insider “it’s too early” to take Biden’s commitments at face value. “If any American administration will go back to the fundamentals of the peace process — the five permanent status issues: Jerusalem, refugees, borders, including the issues of settlements and political prisoners — without tampering with them or dictating any of these terms, of course we will engage,” he said. “But if Biden comes back with these gestures, without really reinstating the fundamentals that Netanyahu has worked so hard to destroy, I think it will be a waste of time.”