Biden: Israeli annexation ‘will choke off any hope for peace’ 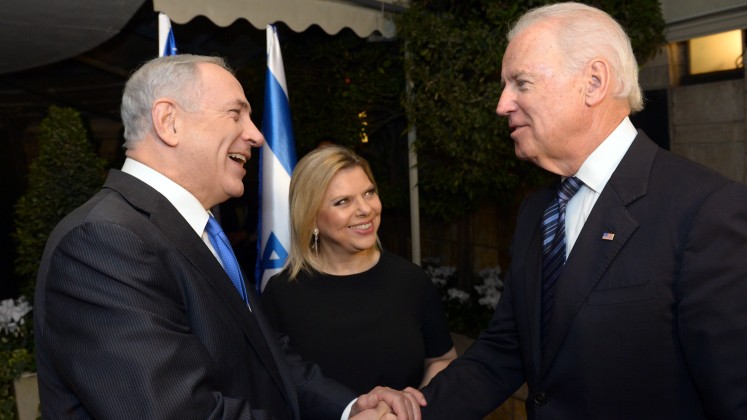 Former Vice President Joe Biden doubled down on his strong opposition to Israeli moves in the West Bank days after Israeli Prime Minister Benjamin Netanyahu declared that his new government would pursue unilateral annexation of some settlements in the territory.

“I do not support annexation,” Biden said during a virtual fundraiser with Jewish Democrats on Tuesday, according to audio obtained by Jewish Insider.

Biden explained that unilateral steps by either side “would undermine” the prospects for a negotiated two-state solution. The presumptive Democratic presidential nominee told participants on Tuesday’s call that there could be no justification for leveraging military aid — a position that was supported by a number of former 2020 presidential candidates — because the U.S. has a commitment to “cover Israel’s back.”

Biden said Washington “cannot fully safeguard Israelis without peace,” and warned that “Israel needs to stop the threat of annexation and stop settlement activity, because it will choke off any hope for peace.”

Biden called on the Palestinian Authority to end incitement, condemn acts of terror and “acknowledge, flat-out, Israel’s right to exist — period — as an independent Jewish state and guarantee the borders.” Biden added that if elected, he will fully support the Taylor Force Act, which halts aid to the Palestinian Authority if the government continues to pay the salaries of individuals who’ve conducted attacks against Israelis.

The presumptive Democratic presidential nominee assigned blame for the stalled peace process to Palestinian and Israeli leadership, telling participants that both sides are, at present, unwilling to take political risks through direct talks. Biden attributed some blame to the Trump administration, noting that the president “has been unequivocal on anything that Bibi [Netanyahu] does and has been equivocating on the importance of a two-state solution.”