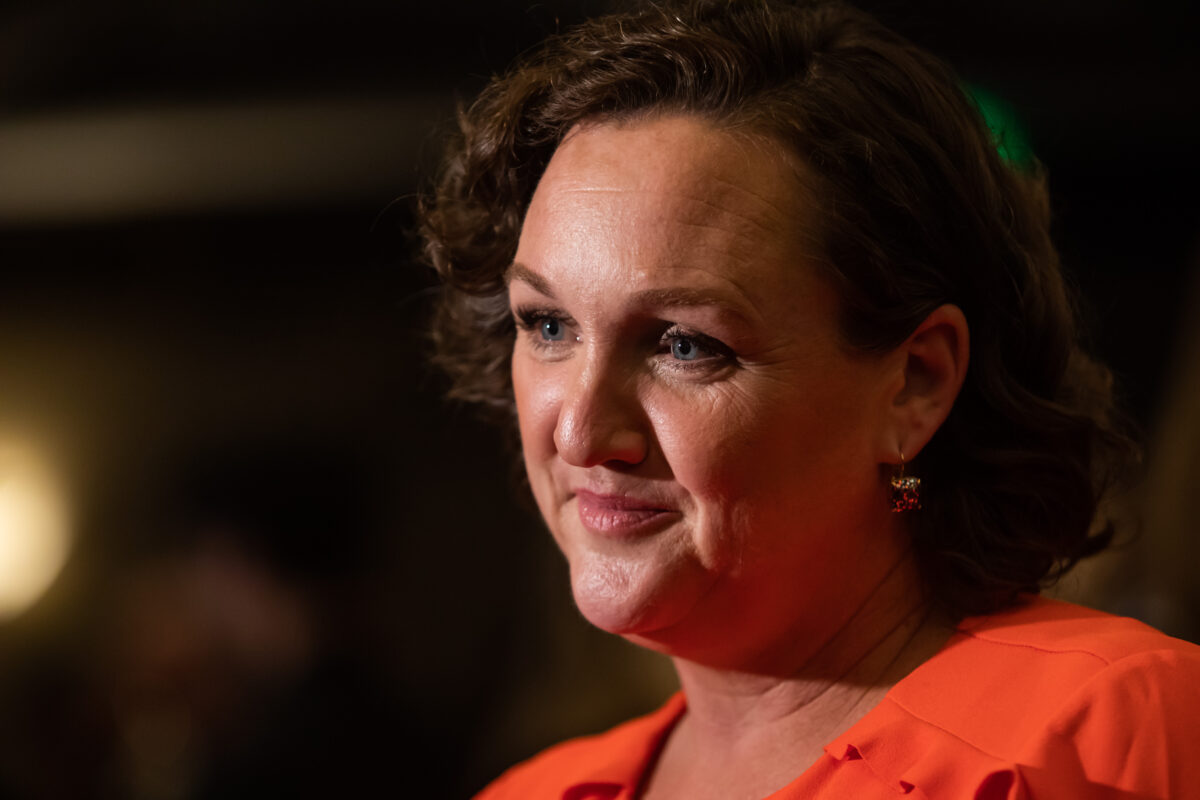 Rep. Katie Porter (D-CA), a progressive Democrat from Southern California, announced her bid for the U.S. Senate on Tuesday, sending an early warning shot to Sen. Dianne Feinstein (D-CA), who is expected to retire at the end of her current term, if not earlier, but has yet to publicly disclose her plans.

“Especially in times like these, California needs a warrior in Washington,” Porter, 49, said in a campaign video shared on Twitter, adding: “It’s time for new leadership in the U.S. Senate.”

The three-term Orange County Democrat, who recently won a competitive reelection bid in California’s redrawn 47th Congressional District, is the first candidate to enter the race to succeed Feinstein, 89, who has faced scrutiny over reports that her mental fitness has deteriorated significantly in recent years.

Even as Porter’s announcement had been expected, her entry still scrambled the dynamics of what is likely to be a crowded race for the seat long held by Feinstein, whose fifth term concludes at the beginning of 2025.

Those who are also reportedly eyeing the seat include California Reps. Adam Schiff, Barbara Lee and Ro Khanna, among other Democrats. California operates on what is known as a “jungle primary” system, where the top two vote-getters advance to the general election, setting up a possible intraparty showdown in the state now represented by two Democratic senators.

Dan Schnur, a political commentator in Los Angeles who serves as a professor at several universities in California, said Porter’s bid “is intended to send an early message of strength that might cause some of her potential opponents to think twice” about entering the race.

“But it’s also a risk,” he explained in an interview with Jewish Insider on Tuesday. “Feinstein has never taken particularly kindly to people trying to pressure her when she feels that someone is trying to push her off the stage. She tends to push back pretty hard.”

In a statement to JI, Feinstein was diplomatic if also somewhat dismissive of Porter’s run.

“Everyone is of course welcome to throw their hat in the ring, and I will make an announcement concerning my plans for 2024 at the appropriate time,” Feinstein said in comments her office shared on Tuesday. “Right now I’m focused on ensuring California has all the resources it needs to cope with the devastating storms slamming the state and leaving more than a dozen dead.”

A spokesperson for Porter’s campaign, asked to respond to Feinstein’s statement, shared two tweets with JI in which the congresswoman had addressed the storms on Monday and Tuesday but did not comment further.

Feinstein, who is one of 10 Jewish legislators currently in the Senate, has held office since 1992 and previously served as the mayor of San Francisco.

While Porter’s bid may threaten to antagonize Feinstein, who has several allies in the state, it also presents an opportunity to “lock up donors” before other candidates have declared their campaigns, said Raphael Sonenshein, the executive director of the Pat Brown Institute for Public Affairs at California State University, Los Angeles.

Porter took office in 2018 and is widely recognized as a prolific fundraiser as well as a rising progressive star in the Democratic Party, thanks in large part to her combative interrogative approach during congressional hearings, some of which went viral on social media.

Before she entered politics, the consumer protection advocate was a law professor at the University of California, Irvine, and studied under now-Sen. Elizabeth Warren (D-MA), a progressive stalwart, at Harvard Law School.

“One advantage she has is that the things that she’s gotten publicity for is interrogating pretty unpopular people,” Sonenshein said of Porter. “It’s a time-honored approach.”

During her time in office, Porter has mostly occupied a mainstream Democratic lane on Middle East policy.

The congresswoman has expressed support for a two-state solution to the Israeli-Palestinian conflict, opposed the Boycott Divestment and Sanctions movement against the Jewish state and endorsed continued U.S. aid to Israel, even if she has hinted at reservations over how the funding is applied.

“The overarching purpose of aid to Israel is to help it become strong and secure, and to bring peace and stability to that region,” Porter said in an interview with JI during her second reelection bid in 2020.

“Whenever there is a discussion about any action that might undermine that goal, I think it’s important for us to be pointing out that, you know, it’s called ‘security assistance,’” she added, “because the purpose is to help keep Israel safe and secure, and we think that this decision or that decision would be a move in the wrong direction and would destabilize the region and would expose Israel to greater risks.”

Richard Hirschhaut, the regional director of the American Jewish Committee in Los Angeles, which is nonpartisan, said Porter has “always” been “responsive and available for conversations to hear our perspective.”

He described her as “an outspoken supporter of a strong U.S.-Israel relationship” who has also been “acutely focused on issues of hate crimes and bias,” amid an uptick in antisemitic and anti-Asian attacks.

“She’s got a solid record with the Jewish community,” Andrew Lachman, the president of Democrats for Israel California, said of Porter, for whom he campaigned this cycle. “She’s done the right things.”

Lachman added that Porter’s relationships with Jewish voters “haven’t been as deep” as Schiff’s.

The 62-year-old Jewish Democrat, who has represented the Los Angeles area for over two decades, has a strong base in California’s Jewish community, which represents a sizable and politically active voting bloc. (The state is home to nearly 930,000 Jewish adults, according to the American Jewish Population Project.)

“There hasn’t been the time to build the record of leadership or the profile of Adam Schiff,” Lachman said of Porter, who has previously earned endorsements from the political arms of the Jewish Democratic Council of America, Democratic Majority for Israel and J Street.

As Porter embarks on her first bid for the upper chamber, her newly launched Senate campaign has also created an opening in the swing district she is poised to vacate, setting the stage for another closely watched race in 2024.

Scott Baugh, a former Republican state assemblyman who challenged Porter in the midterms, announced on Tuesday that he would run for the seat again, while former Rep. Harley Rouda (D-CA) is also reportedly weighing a bid.