In first, U.N. delegation travels to both UAE and Israel 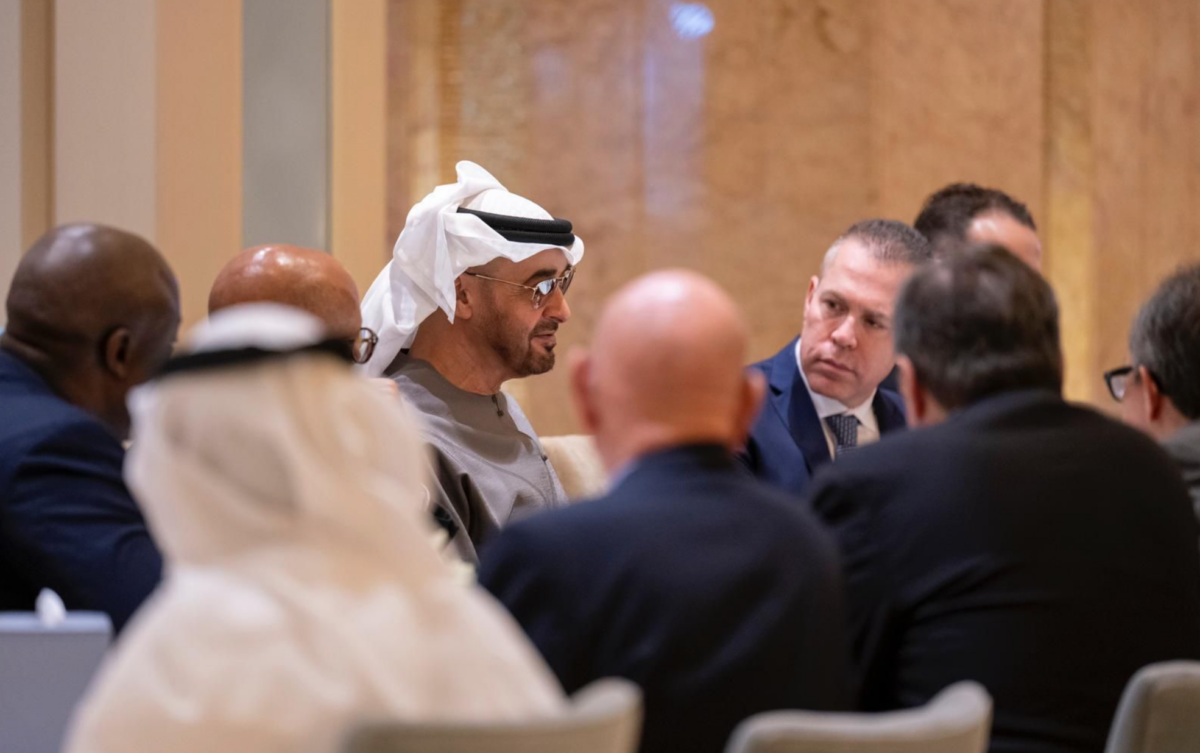 What began as a diplomatic endeavor two years ago came full circle on Tuesday when Israeli Ambassador to the U.N. Gilad Erdan touched down in Abu Dhabi with a group of diplomats representing 15 countries around the globe.

The ambassadors were part of the latest cohort of diplomats traveling with Erdan to the Middle East. As Israel’s envoy in Turtle Bay, Erdan has made it his personal mission to bring colleagues to the Jewish state. The addition of the United Arab Emirates, he explained, was a natural extension of the Abraham Accords, signed two years ago, which normalized relations between Israel, the UAE, Bahrain and, months later, Morocco and Sudan. UAE Ambassador to the U.N. Lana Nusseibeh organized the UAE portion of the trip.

In Abu Dhabi, the group sat with UAE President Sheikh Mohamed bin Zayed in a meeting that lasted more than an hour, several participants told JI. Sheikh Mohamed, Erdan said, “explained about his vision and why he believed that Jews, Muslims and Christians can not only live together but also pray together…it was inspiring.”

The meetings with Emirati leaders were “one of those instances where the reality might exceed the dream of what you know really is achievable,” Eric Goldstein, the CEO of UJA-Federation of New York, told JI. UJA funded the Israel portion of the trip; the UAE covered the costs for the ambassadors’ visit to the Emirates.

“It’s unbelievable to listen to everybody in the UAE — all the officials, even in the Grand Mosque,” Erdan added. “They speak the same language. They all speak about their commitment to tolerance, equal rights, inclusiveness, gender equality. It’s really unbelievable.”

The delegation is in Israel until Tuesday, where the traditional touring sites — Yad Vashem, Masada, the Peres Center for Peace — are on the itinerary, which was developed by Rivka Kidron, along with some less-traditional sessions. The group met on Sunday with Israeli President Isaac Herzog and Prime Minister-designate Benjamin Netanyahu.

“Our schedule has been jam-packed and we’ve had some really, really good meetings,” Wood told JI. “It’s just been a great trip.”

The U.N. remains a controversial body for its outsized focus on Israel. On Friday, Israeli Arab lawmaker Ayman Odeh, previously the head of the now-disbanded Joint Arab List, broke with tradition and met with U.N. Secretary-General Antonio Guterres. While the trip’s backers aren’t expecting the experience to alter countries’ voting patterns, they believe the experience, in Goldstein’s words, is “vital” in the long term.

“Many of these ambassadors are very close to their heads of state,” Goldstein explained. “Many of them, or at least some of them, will become heads of state. So this is not only about changing U.N. votes now. It’s really more over a period, what are the consequences of these kinds of experiences?”

The added benefit to bringing the envoys in small groups, he said, is that participants continue the conversation beyond the trip. “You create like a cohort experience. And these ambassadors talk with each other as these issues now arise, having had this common experience.”