Why UDP jumped into a northern California congressional race

Shortly before the election, the super PAC commissioned a poll showing that close to 50% of voters were still undecided between Kevin Mullin and David Canepa 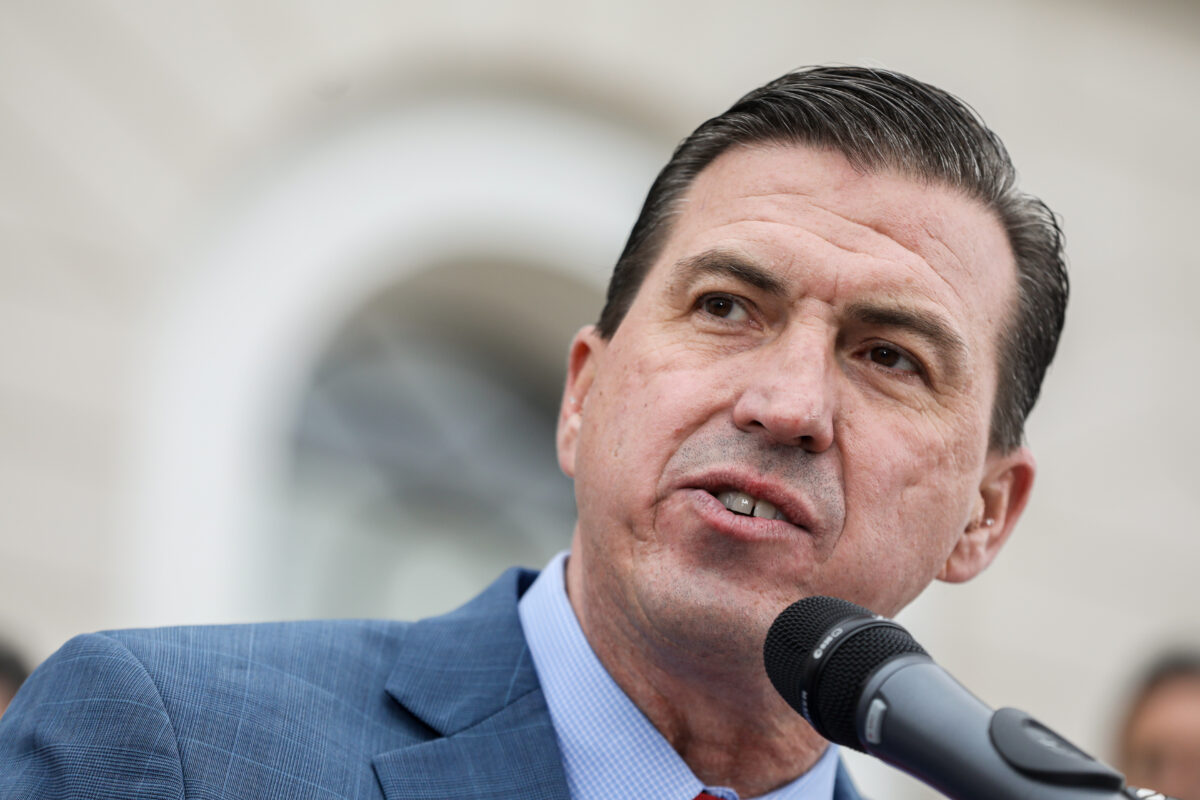 Kevin Mullin addresses a crowd at a press conference after being endorsed by retiring Rep. Jackie Speier to replace her in Congress while at South San Francisco City Hall in San Francisco, Calif. on Monday, Dec. 6, 2021.

In early October, United Democracy Project, a super PAC affiliated with AIPAC, marked its first foray into the general election, quietly dropping about $80,000 into a low-profile House race in the Bay Area, with just a month remaining until the midterms.

It was a relatively modest initial ad buy for the pro-Israel group, which had poured millions into a range of competitive primaries. As the race concluded last Tuesday, however, the final count showed that UDP had ultimately spent a sizable amount — more than $500,000 — to boost a moderate state assemblyman from South San Francisco, Kevin Mullin, in California’s redrawn 15th Congressional District.

His resounding victory over a fellow Democrat, David Canepa, was not wholly unexpected, even as there had been no publicly available polling. Mullin carved out a position as the establishment favorite before the June primary had ended, notching endorsements from the retiring incumbent, Rep. Jackie Speier (D-CA), and the political arm of Democratic Majority for Israel, among others.

The race was called by the Associated Press on Saturday, but Canepa, a San Mateo County supervisor who leaned to the left on several key issues, including Middle East policy, had already conceded on the evening of the election. With nearly three-quarters of the vote tallied as of Monday night, Mullin, at 56%, was holding a comfortable 13-point lead over Canepa, whom he defeated by an even wider margin this summer in California’s open primary.

Given the decisive outcome, it was unclear why UDP made the decision to invest so heavily on behalf of Mullin, who had seemed plausibly capable of winning even without any outside help.

The super PAC did not respond to requests for comment.

But according to a person familiar with UDP’s engagement, there was evidence to suggest that the race could have been closer than the final result demonstrated. About a month before the election, the super PAC commissioned a poll showing that close to 50% of voters were still undecided, the person told Jewish Insider while characterizing a private survey on the condition of anonymity.

The significant number of respondents who had yet to make up their minds was a cause for concern, even if Mullin was still favored to win: He had earned backing from the majority of remaining poll respondents, with his support hovering somewhere in the low 30s.

Mullin’s team, for its part, conducted an internal poll that revealed a similar dynamic, according to the person, who also reviewed the campaign’s survey.

Meanwhile, with weeks remaining until the midterms, Mullin was struggling to raise money to promote his name and message. He had pulled in more than $1.1 million throughout the race but was sitting on just under $100,000 by mid-October, according to filings from the Federal Election Commission.

By contrast, Canepa was at even more of a disadvantage, with only about $20,000 on hand as he entered the final stretch of the campaign.

UDP jumped into the race anyway, spending approximately half of what Mullin had raised during his entire campaign.

The congressman-elect’s campaign did not respond to a request for comment.

The Bay Area race was one of just two general election matchups in which UDP was involved this cycle. The super PAC also made a riskier and more high-profile investment of more than $1 million to support Republican candidate Mike Doyle and try to thwart staunch progressive Summer Lee, in a Pittsburgh-area House race. Lee won by more than 12 points, defeating her opponent with 56% of the vote.