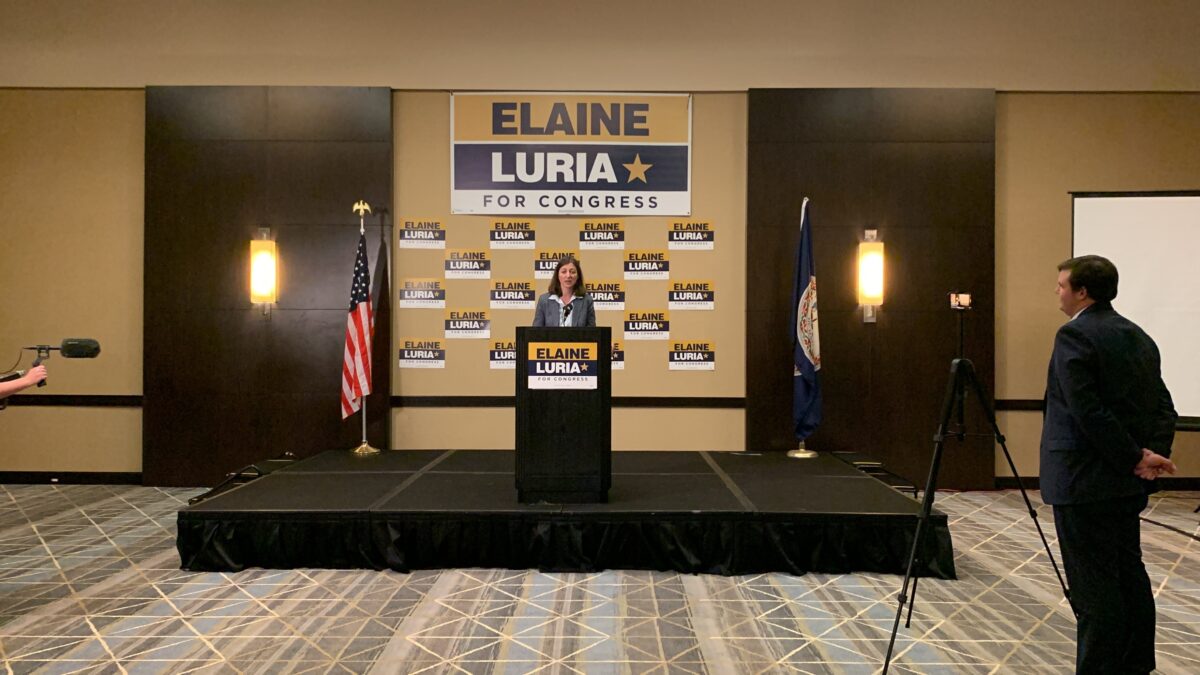 VIRGINIA BEACH, Va. — From the start of an unexpectedly frigid and breezy Election Day in Virginia’s 2nd Congressional District, volunteers supporting incumbent Rep. Elanie Luria (D-VA) — who lost her re-election bid last night to Republican Jen Kiggans — seemed to know that the congresswoman might be in trouble.

At polling places around the coastal southern Virginia district, Democratic polling place volunteers who spoke to Jewish Insider expressed at most muted optimism about the Navy veteran’s chances of victory, with several qualifying their comments by saying that it would be a tough fight for Luria or that it was difficult to predict how the race might turn out.

Sharon Felton, a Democratic candidate for Virginia Beach school board, praised Luria’s constituent services work and outreach to new parts of the district, but was not especially effusive about predicting a Luria victory, nor was another longtime Democratic volunteer working the same polling site.

Republicans who spoke to JI, meanwhile, were upbeat and feeling “very good” about Kiggans’s chances, said Bruce Meyer, a longtime Republican activist in the area, who spoke to JI over the sound of patriotic music blaring out of the back of a golf cart driven by a GOP candidate for local office.

Meyer and another Republican volunteer who spoke to JI cited the economy as the key issue motivating turnout for Kiggans.

As counting began at 7 p.m. — with Luria trailing Kiggans by a gap she largely failed to close during the course of the night — some of Luria’s die-hard fans and volunteers who attended her election night watch party were pessimistic.

Ralph Volk, a canvasser at a polling station in a red-leaning area of Virginia Beach, told JI that his work at the polling place had been demoralizing and when the initial round of returns came in he expected it would be difficult for Luria to pull through.

Nevertheless, gasps echoed across the ballroom at a Virginia Beach Holiday Inn when returns around 8 p.m. showed Kiggans with a 16-point lead.

Even as Luria’s chances of victory slipped away as the evening dragged on and the crowd began to thin, her supporters were buoyed by positive results for Democrats trickling in from elsewhere in the country.

Luria volunteer Kim Spector summed up the feeling in the room, telling JI that she was “tired” and “feeling good about some races, not good about others.”

That whiplash was never more clear than when CNN — playing on a screen at the front of the Holiday Inn ballroom — cut in quick succession from an announcement that Rep. Abigail Spanberger (D-VA) was projected to win in Virginia’s 7th Congressional District to its projection of Kiggans’s victory. The former prompted loud cheers from the audience, which were abruptly silenced, then replaced by muted boos, upon the second call.

In her two terms in Washington, Luria has established herself as a major presence on Capitol Hill on defense and national security issues, and particularly a leader among moderate pro-Israel Democrats in the House and one of the most visible Democratic critics of Iran nuclear negotiations.

Her work on those issues led AIPAC’s PAC to name her re-election as one of two “key race[s]” for this cycle. Luria’s loss will come as a particular blow to this segment of the pro-Israel community, which already lost another prominent advocate this cycle in former Rep. Ted Deutch (D-FL), who had named Luria as one of the young generation of Jewish Democrats he saw as his successors as champions for the U.S.-Israel relationship.

The Virginia congresswoman rose to national prominence this year as a member of the select committee investigating the Jan. 6, 2021, attack on the U.S. Capitol, a duty she said from the time of her initial appointment was more important to her than her re-election.

“I think that this work is important and necessary and much more important than whether I get elected again or not in the next election,” Luria told JI in July 2021, shortly after she was appointed to the committee. “I’m honored to be part of this committee. I think the work is incredibly important.”

That’s a message she has repeated throughout the ensuing year and a half, and her work on the committee formed a core part of her campaign message.

Luria’s emphasis on the sanctity of the democratic process was a clear throughline of her concession speech to a diminished crowd around 11 p.m. on Tuesday. When her loyal supporters booed her announcement that she had called Kiggans to concede, Luria admonished them.

“Please don’t boo,” she said. “Because the success of this district depends on [Kiggans’s] success. This was a hard-fought race; she won this election. We came out short of where we wanted to land. But the truth is that we do need to wish her the best of luck and my team is here… we’re going to be fully behind a smooth transition.”

She closed out her remarks to the crowd — which had dwindled by that time from a high of several hundred to around 100 — with a warning about former President Donald Trump’s hints at a third run for the White House in 2024.

“Our work is not done. We all know the signs are clear, the hints are coming day after day that Donald Trump wants to announce for president in 2024. And the dangers that exist to our democracy, the things that I’ve been working on… making sure that we can preserve our democracy and our votes continue to count, that work continues,” she said. “I’ll just tell you — I’m just getting started.”