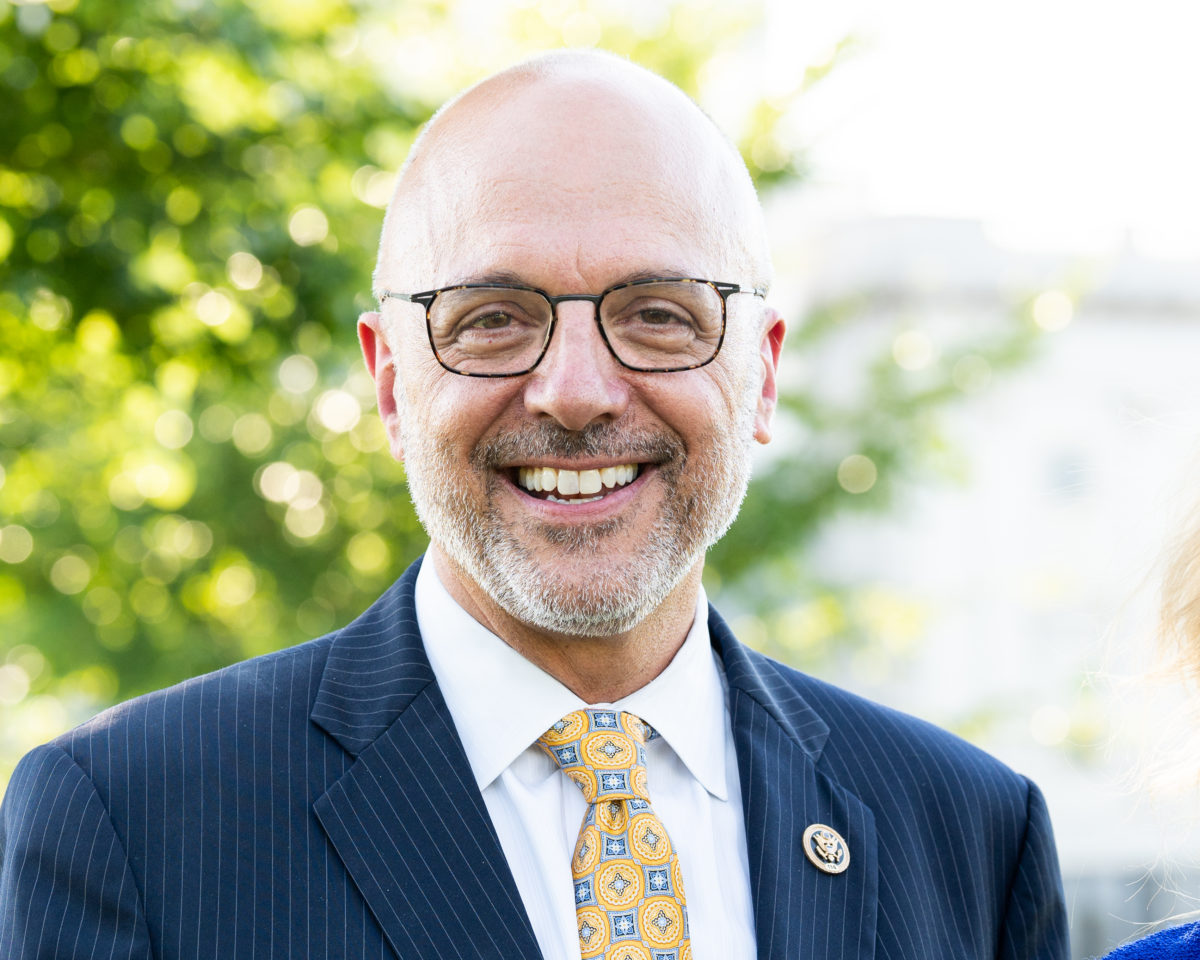 Rep. Ted Deutch (D-FL) advocating for the passage of the Preventing Animal Cruelty and Torture Act or the PACT Act at the Capitol in Washington, D.C.

Deutch, one of the most outspoken supporters of Israel in the House, was first elected in 2010, after winning a special election to succeed Rep. Robert Wexler (D-FL) who resigned to head the S. Daniel Abraham Center for Middle East Peace. He sits on the House’s judiciary, ethic and foreign affairs committees, and is the chair of the Subcommittee on the Middle East, North Africa and Global Counterterrorism. There is no formal succession process to replace Deutch as the subcommittee chair this term when he steps down.

The Florida congressman was part of a group of legislators who, along with officials from Canada, the U.K. and Australia, launched a global inter-parliamentary task force to combat digital antisemitism in 2020. He is also a co-chair of the House Bipartisan Task Force for Combating Antisemitism.

In the weeks after last May’s conflict between Israel and Hamas, Deutch was critical of far-left legislators who decried Israeli actions to halt rocket fire from Gaza.

“If your position is that there’s no place for a Jewish state, there are people in the United States who hear that the entire state of Israel is some unacceptable creation…and all this is the fault of the Jews, then the antisemites take to the streets in New York and [Los Angeles], and then Boca [Raton] and Bal Harbour,” Deutch said at the time. “So of course there is a connection.”

“When we have colleagues whose position is ‘Palestine from the river to the sea,’ which includes no place for a Jewish state, and when our colleagues…wrongly and falsely describe Israel as an apartheid state, there is a context for all of this,” Deutch continued.

He also drew attention for accusing Rep. Rashida Tlaib (D-MI) of antisemitism on the House floor during the September debate over funding for the Iron Dome missile defense system.

Deutch told JI on Monday evening that he had not been planning to leave Congress until the AJC opportunity arose. He is the 31st House Democrat to announce his retirement.

“I didn’t make a decision to move on from Congress, I really made a decision to move into this incredible opportunity to spend all of my time focused on the issues that I’m so passionate about — defending the global Jewish community and Israel’s rightful place in the world and defending democratic values,” he said.

He pointed to rising antisemitism, Iranian aggression, the Abraham Accords and AJC’s Leaders for Tomorrow program — which provides advocacy training to high school students — as key priorities for him at AJC.

“I just got back from Israel, and on the one hand, the threats are ever increasing,” he said. “Making sure the world understands those risks is important but so too is building upon the important work of the Abraham Accords and taking advantage of the growing relationships that Israel has… and AJC is uniquely situated to do that work.”

Deutch is one of several prominent Democratic voices on Israel and antisemitism in the House to leave office in recent years.

“There are really really good, smart, passionate defenders of the U.S.-Israel relationship in the House in the Democratic Party,” he said. “This is not an issue that comes naturally to everyone. But there’s so many members for whom this is a priority that they do everything that they need to to ensure that this strong bipartisan support for Israel continues not just next term but well into the future.”

“There are going to be new members coming in for whom this is a priority as well,” he added, mentioning former Rep. Max Rose (D-NY), who announced another bid for the House after losing to Rep. Nicole Malliotakis in 2020.

“I’m really confident that, as we go forward, they’re going to continue to elevate their profiles — and so many of them [are] longtime leaders already — but I think we’re right to focus on the important work that they do,” he said.

Looking back on more than a decade in Congress, Deutch said that his proudest moment was not a legislative accomplishment but having “stood with my community” following the Marjorie Stoneman Douglas High School shooting in 2018, the deadliest high school shooting in U.S. history.

“The impact that that had on our community and the opportunity to get to know the families who lost loved ones who have all found so many ways to work to prevent the kinds of tragedies that they’ve experienced, the young people that I’ve been so inspired by coming by — the survivors coming out of Stoneman Douglas — that whole episode was really painful but I’m proud have stood with my community then and going forward,” he said.

Looking ahead to the next seven months before he steps down, Deutch said that Iran’s nuclear program and its sponsorship of regional terrorist proxies will continue to be a top priority for him.

On the home front, Deutch said he “wants to use this position that I have in Congress to really try to elevate” awareness of “the enormous risk that fentanyl poses and how widespread that risk is and all the things that we can do to try to keep people safe. The congressman’s nephew died of accidental fentanyl ingestion a year ago.

Deutch’s retirement will trigger a race to succeed Deutch in the blue district that currently encompasses Boca Raton and Ft. Lauderdale. Deutch won reelection in 2020 with 59 percent of the vote.

Disclosure: Deutch is the father of Jewish Insider reporter Gabby Deutch. Gabby Deutch was not involved in the reporting of this story.