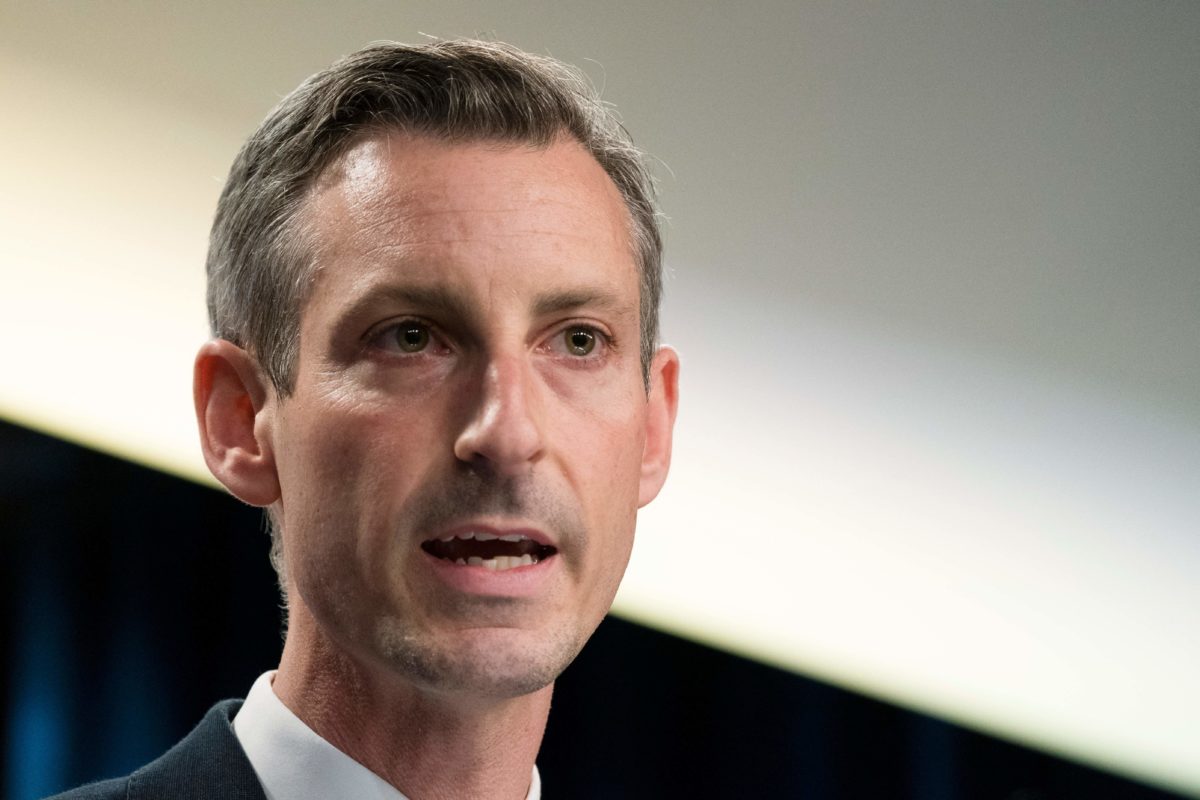 State Department spokesperson Ned Price said on Thursday that there is “no question” of “the terrorist threat that Israel faces,” following raids by Israeli security forces on the offices of six Palestinian NGOs that Jerusalem alleges have ties to terror groups, but said the U.S. was “concerned” about the military’s moves.

“There is no question regarding the terrorist threat that Israel faces. We’ve all been reminded of that tragically and vividly, to include in recent days,” Price said in response to a question from Jewish Insider. “Israel cites security concerns, Israel cites terrorist threats, we will be looking to the information that they provide to us, as we form our own judgment regarding these organizations and recent actions.”

Price stopped short of condemning the operation or rejecting Israel’s rationale for it. IDF forces entered the Ramallah offices, confiscated materials and welded shut the doors.

Israel designated the NGOs as terrorist organizations last year, accusing them as operating as a cover for the Popular Front for the Liberation of Palestine, which the NGOs have denied.

Price told reporters that Israel had pledged to provide further information to the U.S. supporting the raids and said that the U.S. would review that “on a timely basis and very carefully.”

“We have conveyed the message that there must be a very high bar to take action against civil society organizations,” Price said. “Our Israeli partners, in turn, have conveyed back to us that they have met that high bar. That is why we are going to carefully review the information that they have pledged to provide. We will form a conclusion on the basis of that information.”

Price declined to say what evidence the U.S. considers necessary to meet the “high bar” or what the timeline might be for the U.S. to review the information provided by Israel.

Israel provided information about the groups to the U.S. following its initial designation last year. Price said that “we have not seen anything that has caused us to change our approach to or position on these organizations,” but repeatedly refused to say whether the U.S. accepted or rejected Israel’s conclusions based on the information it provided last year. He also dodged questions about whether the U.S. sees the Thursday raids and closures as justified based on the information currently in its possession.

Price noted that the U.S. has never provided support to any of the groups in question.

The U.N. condemned the closures and said Israel had failed to provide “any credible evidence” for its claims.

Progressive lawmakers have been urging the administration for several months to push back against the NGOs’ terrorism designations.

Rep. Betty McCollum (D-MN), a frequent critic of Israeli policies toward the Palestinians, tweeted on Thursday, “The Biden admin. must condemn these efforts to silence groups advocating for Palestinian human rights & civil society,” specifically citing the targeting of Defense for Children International — Palestine.