The original House bill included a $500 million funding proposal, well above the $360 million that has been a long-running target for Jewish community groups 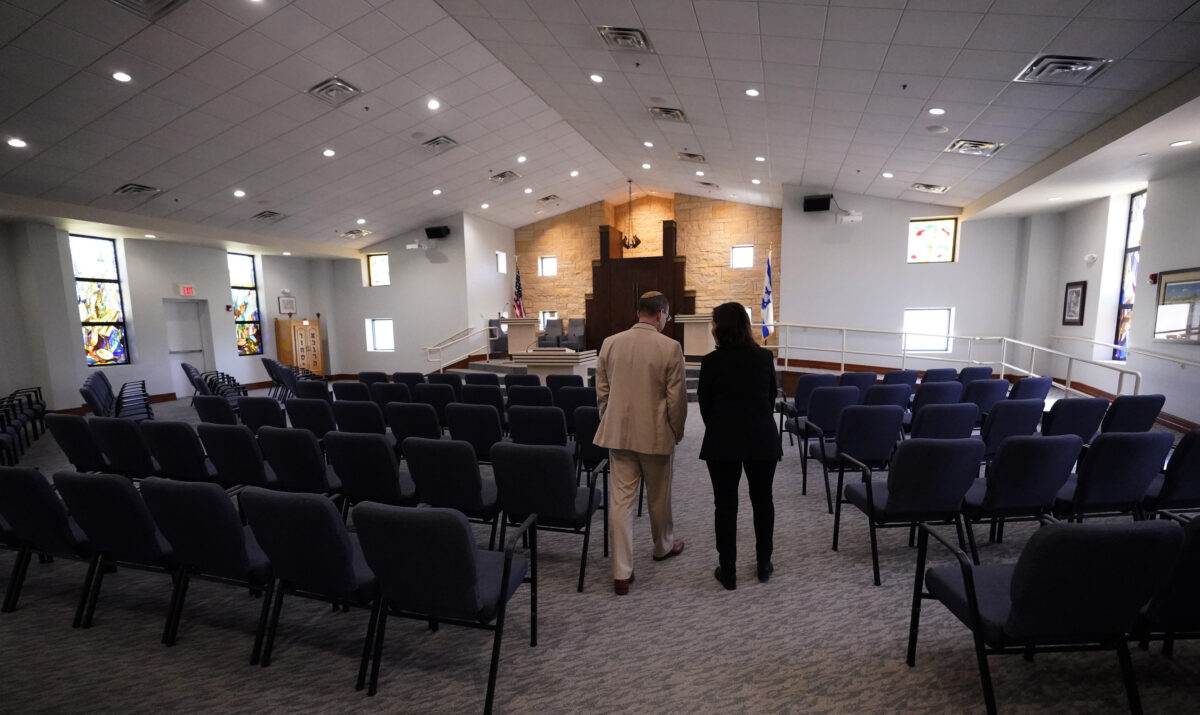 The Nonprofit Security Grant Program Improvement Act sailed through the Senate Homeland Security and Government Affairs Committee this week — but with a lower funding proposal for the program than was agreed upon in the House.

The bill was introduced in the House earlier this year with dual functions: It would establish a dedicated office within the Department of Homeland Security to manage the rapidly growing grant program, and it would propose — but not lock in — increased funding for the program, which houses of worship and other nonprofits use to beef up their security systems. Funding must be approved separately through the appropriations process.

The House version of the bill proposed providing $500 million for the program annually — far exceeding the $360 million funding goal that Jewish community groups and advocates for the program on the Hill had been targeting for 2023. The NSGP is funded at $250 million for 2022. The version of the bill that passed the Senate committee this week brought the proposed funding level down to $360 million, in line with proposals from appropriators in both chambers for 2023 funding.

Sen. Gary Peters (D-MI), who chairs the Homeland Security Committee, told Jewish Insider that the proposed funding level was pared down because “there were some folks who weren’t willing to do the full amount.”

“It was just what we needed to do to get support to get it out of our committee,” he continued. The bill passed through the committee by a voice vote as part of a package of numerous other pieces of legislation. The bill passed the House at the $500 million level by a vote of 288 to 129, with all Democrats voting in favor.

He pledged that “we’re still going to try to get the larger amount. I’m going to be working to do that. It’s something I feel strongly about.”

Sen. Rob Portman (R-OH), the ranking member of the committee, said during the Wednesday meeting that the Senate version of the bill also included an amendment that would allow nonprofits to receive support and technical assistance to apply for the program. Small organizations without grant-writing staff and experience have historically struggled to apply.

“I am heartened that HSGAC is moving this timely legislation and agreed to authorize it at the level set by appropriations, $360 million, a significant increase over current funding,” Thompson said in a statement to JI. “There’s a lot of unmet need to protect nonprofits which is only going to grow as more come to understand their risk for terrorism and mass violence.”

Elana Broitman, the senior vice president for public affairs at The Jewish Federations of North America, said that the House proposal “leaves flexibility for future growth should it become necessary,” but praised the Senate action on the bill.

“The $360 million figure is a strong authorization level that is a clear signal of support for the funding level in the appropriations bills, for which we have strongly advocated,” she said.

Nathan Diament, the Orthodox Union’s executive director for public policy, said in a statement on Wednesday, “We hope [the bill] will pass the full Senate very soon and we can finalize it with the House of Representatives and get it to the President’s desk in September.”

Diament told JI when the bill was first introduced in the House that OU was continuing to target the $360 million funding level for 2023, and explained, “It’s often the case that you have authorization bills that are at higher levels than what the appropriators do.

“This is part of an ongoing process and we will continue to work toward higher funding levels. To do so, we will do what we have been doing from the start to make NSGP as strong and as effective as possible,” Cohen told JI. “We will be unrelenting in educating members as to the real dangers that exist, and the need and ways to address them. And as long as at-risk nonprofits are being denied adequate dollars to secure their facilities because of a shortfall in funding, we will work for more funding. I am optimistic that Congress will heed this call and provide the full measure of assistance Jewish and other communities require.”