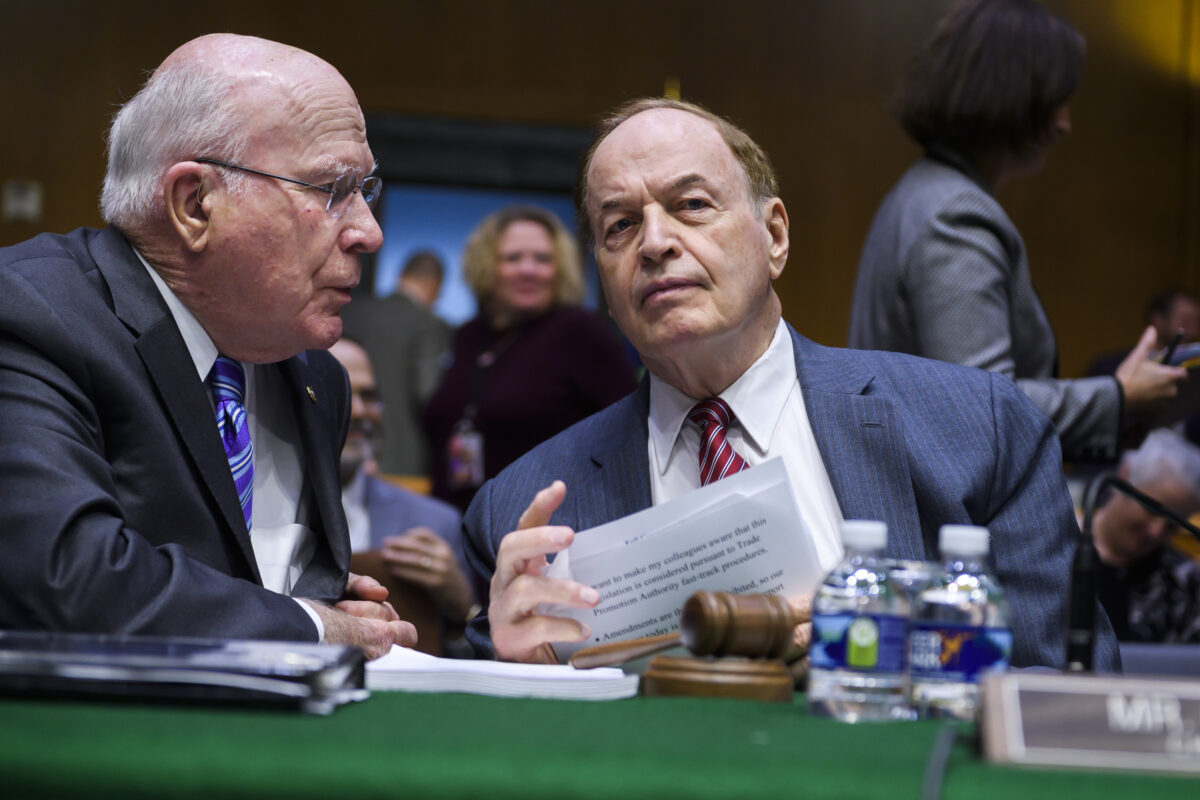 In another step forward for Jewish groups that have spent years pushing for increased funding for the Nonprofit Security Grant Program, Senate Democrats proposed providing $360 million for the program in their 2023 government funding bills released Thursday.

This is the first time the leadership of the Senate Appropriations Committee has matched the long-standing funding request from Jewish groups and nonprofits for the grant program that provides funding for religious institutions and nonprofits to improve their security. Some senators have also been pushing for multiple years for increased funding.

“Protecting our nonprofit community spaces, like our JCCs, synagogues, mosques, churches and more has unfortunately demanded more help at the federal level as the threats have increased,” Senate Majority Leader Chuck Schumer (D-NY) said in a statement to Jewish Insider. “I have continuously secured increases in funding for the Nonprofit Security Grant Program, including $250 million for the program this year… These funds are to help lessen the unease across [New York City] in the places where we worship, pray and learn.”

“This significant federal investment, a $110 million increase from last year’s funding, is essential,” Gillibrand said. “Given the unprecedented levels of antisemitic and faith-based violent incidents in the past few years, this funding will be critical to keeping our religious institutions secure and allowing people to gather together in community and prayer without fear of attack.”

In a statement to JI, Sen. Gary Peters (D-MI), who chairs the Senate Homeland Security and Governmental Affairs Committee and has also been a vocal proponent of the program, said the “alarming rise” in attacks on synagogues and other houses of worship has shown the need for increased funding.

“No American should fear for their safety when practicing their faith and I will continue to lead bipartisan efforts to ensure this vital program receives appropriate funding that reflects the increased threat level to houses of worship,” Peters said.

Nathan Diament, the Orthodox Union’s executive director for public policy, credited Schumer’s advocacy for the program, as well as engagement from Secretary of Homeland Security Alejandro Mayorkas and his team, for the Senate funding proposal.

The Senate announcement comes on the heels of a $360 million budget request from the Biden administration, as well as a vote by the House Appropriations Committee to approve the $360 million funding level in its version of the appropriations bill passed earlier this year.

“Jewish Federations are grateful to the Senate Appropriations Committee for including $360 million for the life-saving Nonprofit Security Grant Program, which helps houses of worship and other nonprofits protect themselves,” Elana Broitman, The Jewish Federations of North America’s vice president for public affairs, said in a statement. “These funds will help us and other faith groups secure our communities in the face of rising threats, including unprecedented levels of antisemitic incidents.”

The funding level is far from locked in at this stage — the bill must still pass the Senate Appropriations Committee and both the House and Senate must concur on the funding level in their final negotiated 2023 funding package.

“There’s still crucial work to do in this process to have that funding level finalized, but this is a very important step,” Diament told JI.

But the Senate announcement comes as a positive sign to advocates.

“It is reassuring, especially coming on the heels of similar action in the House, that there is a clear realization on Capitol Hill that the dangers facing our institutions continue and an appreciation for the growing need for higher levels of funding to address them,” Abba Cohen, Agudath Israel of America’s vice president for government affairs, told JI.

The report would require the secretary of state to detail steps taken to “facilitate and support an independent, credible and transparent investigation.” Several senators have been urging the FBI and State Department to conduct their own complete investigation of the incident.

The department would also be required to determine whether U.S. law preventing aid to units of foreign security forces that commit gross violations of human rights applies in this case. U.S. officials have said the killing was likely a result of unintentional “gunfire from IDF positions.”

“The United States must ensure an independent, credible, and transparent investigation into the shooting death of American citizen and journalist Shireen Abu Akleh,” the senators said in a joint statement. “Our report language requires the Secretary of State to submit a report to Congress on steps taken to support such an investigation and provide further details on the findings. We will continue working to get the full truth about this tragedy, ensure accountability, and make clear our unwavering support for freedom of the press and the safety of journalists around the world.”

Senate Democrats concurred with the House in proposing increasing funding for the Holocaust Survivor Assistance Program, to $10 million, up from $6 million the year prior. There has been a significant behind-the-scenes push for increased funding in both the House and Senate.

The program provides support to aging Holocaust survivors and their families, as well as victims of other traumatic events. Broitman called the increased funding “a crucial investment in the community.”

The State Department bill also includes a provision that would allow the U.S. to reenter the United Nations Educational, Scientific and Cultural Organization (UNESCO).

The U.S. left the panel in 2017 over the body’s criticisms of Israel and decision to grant full membership to the Palestinian Authority in 2011. The House bill includes the same provision allowing for U.N. reentry, which has also gotten support from the administration.

In an explanatory statement accompanying the proposed bill, committee leadership wrote that U.S. membership in UNESCO is preferable “in order to counter the increasing influence of [China], which during the multi-year absence of the United States has become UNESCO’s largest donor, and to promote other U.S. national interests.”

The explanatory language further bars the U.S. from opening a consulate in Western Sahara, a disputed region that the U.S. recognized as part of Morocco in an agreement linked to the Abraham Accords. It also instructs that military funding to Abraham Accords signatories and Gulf Cooperation Council member countries should be used in part to support integrated air-defense networks and other defense cooperation with Israel.

The bill also mandates that at least $1.5 million from the pot of $50 million provided for the Middle East Partnership for Peace Act provided in 2023 be used to launch a women’s leadership program that “brings together Israeli and Palestinian women who are committed to working in pursuit of Middle East peace.”

Committee leadership also included the anticipated $3.3 billion in security aid to Israel, along with $500 million for joint missile-defense programs in the defense funding bill. The foreign operations bill proposes $225 million in aid for the West Bank and Gaza, matching the House and Senate’s initial 2022 proposals, and $6 million above the final enacted level for 2022.

One area of friction between the House and Senate proposals is funding for the Jabara-Heyer NO HATE Act championed by some Jewish community groups. The bill was implemented to improve hate crimes reporting. The Senate proposed $10 million, while the House proposed $15 million.