Yael Lempert suggested that Washington will double down on its commitment to the region, contrary to concerns that the Biden administration has scaled back its involvement 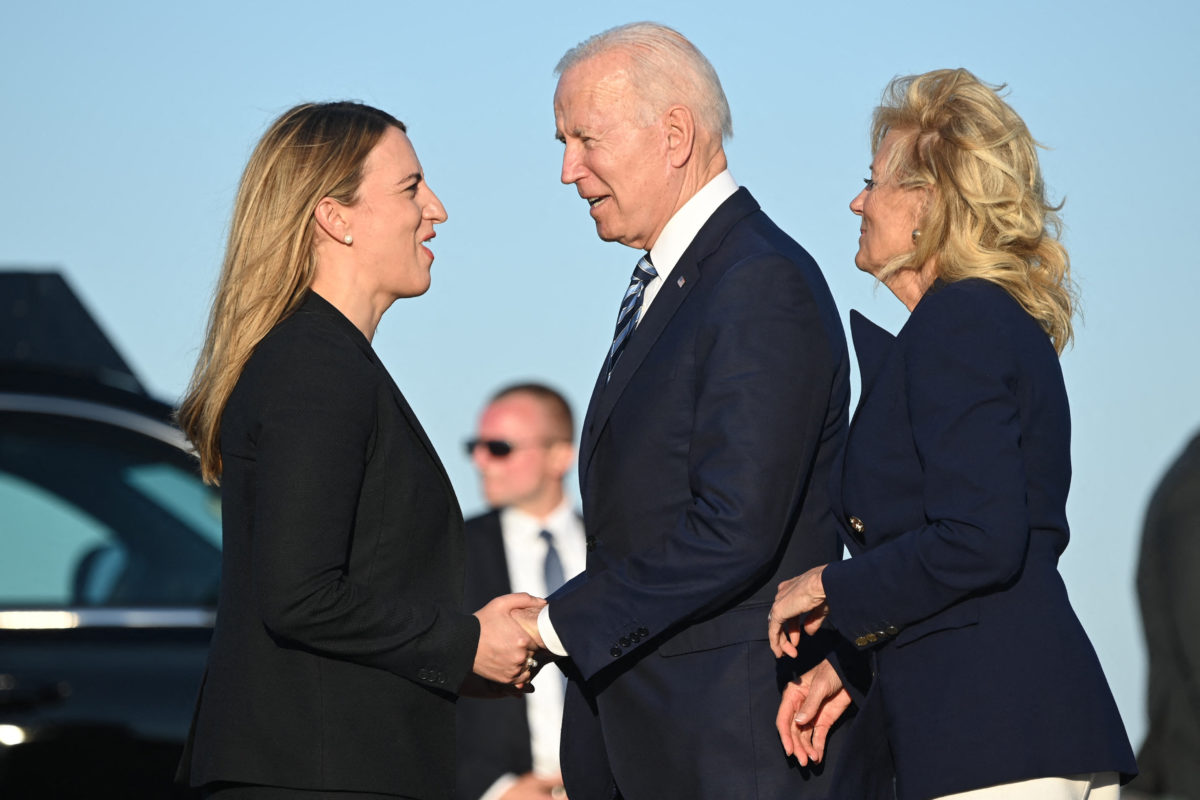 President Joe Biden and First Lady Jill Biden are welcomed by then-Deputy Chief of Mission (DCM) of the US Embassy in London, Yael Lempert, on their arrival at Royal Air Force Mildenhall, England on June 9, 2021, ahead of the three-day G7 Summit.

A top American diplomat laid out the Biden administration’s vision for engagement with the Middle East in a speech on Tuesday and contested the widely held belief that Washington has sought to distance itself from the region in favor of engagement with Asia.

Speaking virtually to an Atlantic Council event in Rome, Yael Lempert, the principal deputy assistant secretary of state for Near Eastern Affairs, argued that Washington remains deeply engaged in the region — and, more bluntly, insisted that the United States, rather than China or Russia, can offer both economic advantages and a commitment to democracy.

A “regrettably pervasive” narrative “has emerged in some corners that the United States is leaving the Middle East and North Africa,” said Lempert. “That narrative is wholly incorrect, as becomes abundantly clear upon reviewing the breadth of American engagement throughout the region.”

What Washington offers, Lempert argued, is “support for a rules-based international order, a dynamic global economy and respect for democracy and human rights.” Rather than being separate from concerns over security, putting human rights at the center of U.S. foreign policy in the region is actually good for global security, Lempert said.

“Our common values and beliefs in a rules-based democratic order stand in stark contrast to competitors destabilizing the region through military opportunism and economic coercion,” she said. “The states that will be best equipped to meet the challenges of our changing world, such as COVID-19 and climate change, will be those with resilient, inclusive governments.”

Lempert’s address to the Washington-based think tank seemed designed to reach both skeptics in Washington and allies in the region who might be considering closer ties with China and Russia. “In an age of strategic competition, we want partners to look to Washington,” she noted, and pointed out that U.S. financial investment in the region still surpasses that of China — although China is rapidly catching up. But U.S. allies should not think only about the financial benefits, although, she argued, the U.S. hopes to expand trade with the region.

“Both Russia and the People’s Republic of China have attempted to increase their influence across the Middle East, and both have been found lacking in their commitment to the region,” she said. “Neither country has shown any success in deescalating, let alone resolving, regional conflicts.”

Lempert stated that Washington’s relationship with its regional allies cannot be one-sided, and she urged “our partners and our allies to take a stand against Russia’s unprovoked aggression” in Ukraine.

“The choice is clear,” added Lempert. “We should expect more from our regional partners, even as they ask more from us.”

At the heart of the U.S. approach to regional security in the Middle East and North Africa is diplomacy, Lempert argued. She highlighted several areas upon which the Biden administration has focused its attention: United Nations-facilitated peace process in Yemen, Syria, Libya and the Western Sahara; expanding the Abraham Accords; and reentering the Joint Comprehensive Plan of Action to counter Iran’s nuclear ambitions.

“The Abraham Accords and normalization represent one of the most regionally significant strategic shifts in recent years, and building on that breakthrough is a focus for the administration,” she said of the 2020 agreements that normalized ties between Israel and several Arab nations. She also touted U.S.-negotiated projects that have resulted from the Accords and highlighted Project Prosperity, a plan brokered by the U.S. and the United Arab Emirates that will deliver fresh water to Jordan from Israel and will bring solar-powered electricity from Jordan to Israel.

“It’s a model of sustainable development and innovation only made possible through regional cooperation,” said Lempert, and noted additional regional cooperation that the U.S. is supporting, like the burgeoning relationship between the U.S., the United Arab Emirates, Israel and India.