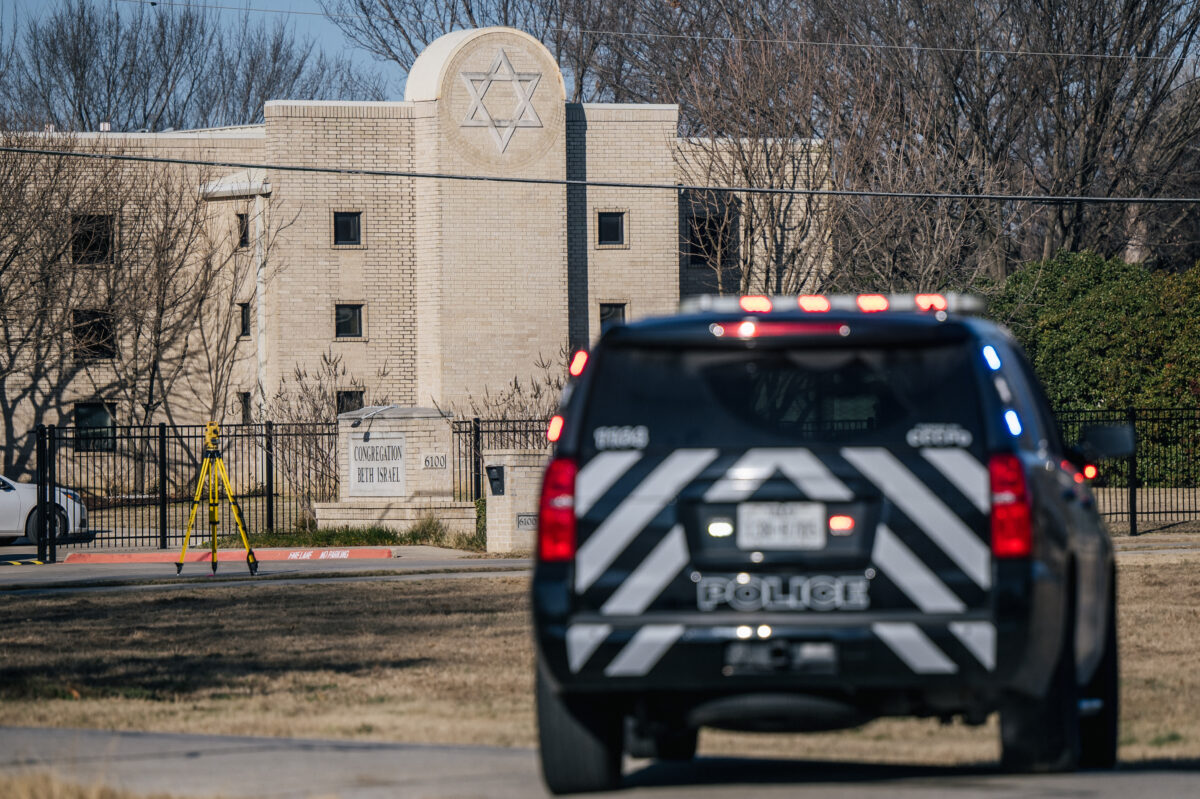 A law enforcement vehicle sits near the Congregation Beth Israel synagogue on January 16, 2022, in Colleyville, Texas.

The spending bill — with an $85.7 billion topline — is one of 12 appropriations bills before the House of Representatives and increases NSGP funding by $110 million over the 2022 funding level.

The subcommittee approved the bill along a party-line vote, with Republicans objecting to its border security provisions; it now heads to the full Appropriations Committee for an as-yet unscheduled markup.

Jewish community leaders praised the proposed spending, a level that Congress has repeatedly declined to meet despite lobbying from Jewish organizations and advocates in both chambers of Congress.

“Seeing members of Congress mirror our $360 million request is unquestionably a victory, and we are incredibly pleased to see Congress taking such bold action,” Anti-Defamation League CEO Jonathan Greenblatt said in a statement to JI.

The spending proposal comes as antisemitic incidents and hate crimes overall are on the rise. The program, which gives funding to houses of worship and nonprofits to bulk up their security, has provided grants for less than half the program’s applicants.

“The $110 million increase for the NSGP will help save lives and keep Jewish and other communities safe” said the Jewish Federations of North America in a statement.

Despite the subcommittee’s approval, the NSGP appropriation still has several hurdles to overcome.

“This is the second step in a long process,” Nathan Diament, executive director of the Orthodox Union’s Advocacy Center, told JI, adding that the appropriations bills are likely to be folded into an omnibus spending package this fall and voted on during the period following November’s midterm elections, known as the lame-duck session.

The Senate has not yet proposed funding levels for NSGP, and its proposal could influence final funding levels. Sen. Chris Murphy (D-CT), who leads the Senate Appropriations Committee’s homeland security subcommittee, did not respond to a request for comment.

Despite that, community leaders expressed optimism about the fate of the program, noting that Senate Majority Leader Chuck Schumer (D-NY) has himself called for the $360 million appropriation.

“Between the leadership support and the bipartisan support in the Senate, I’m optimistic about the $360 million,” said Rabbi Abba Cohen, the Agudath Israel’s vice president for public affairs.

President Joe Biden also requested $360 million for the program in his 2023 budget request.