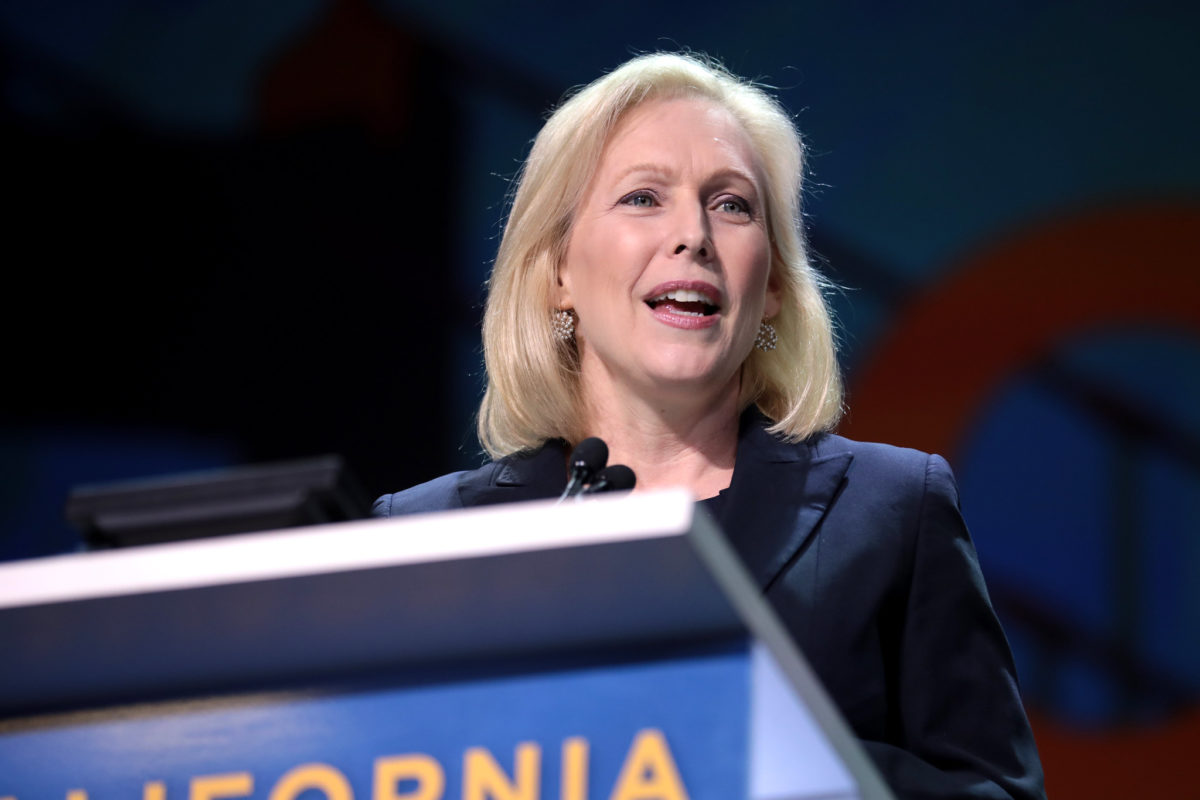 A bipartisan group of senators is pushing for a significant increase in funding for nonprofit security grants in response to recent federal law enforcement reports regarding threats to Jewish and other faith-based communities.

Sens. Kirsten Gillibrand (D-NY), Rob Portman (R-OH), Gary Peters (D-MI), Jacky Rosen (D-NV) and James Lankford (R-OK) sent a letter this week to the leaders of the Senate Appropriations Committee and its Subcommittee on Homeland Security requesting up to $360 million in funding for the Nonprofit Security Grant Program (NSGP) for the 2021 fiscal year — which would constitute a fourfold increase over the funding for the program in 2020.

The Senate has currently proposed $90 million in funding for the program — holding even with the 2020 funding level — while the House proposed an increase to $360 million. The letter calls on the Senate to “ensure that the NSGP is appropriately funded to meet the needs of at-risk populations” during the negotiating process with the House.

“At a time of heightened threat to nonprofit faith- and community-based organizations, a bolstered NSGP will continue to provide our nonprofit partners with critical resources and tools they need to protect lives and property,” the letter continues.

According to the letter, only one-third of the nonprofits that apply for funding from the NSGP actually receive it, and the demand is expected to grow “substantially more” in the coming year.

The letter cites recent reports from federal law enforcement agencies that racially and ethnically motivated violent extremists pose an ongoing threat to the Jewish community in particular, as well as 2019 FBI hate crime statistics that showed a significant increase in antisemitic hate crimes.

“The rise in antisemitic and hate-fueled crimes across New York is unconscionable. No community should have to live in fear due to who they are or how they worship,” Gillibrand said in a press release. “I will always fight to expand NSGP grants so that New Yorkers, and Americans across the country, can gather communally or worship freely and safely, against the threat of violence.”

The letter’s other signatories echoed this sentiment.

“At a time when we have seen a rise in violence against communities of faith, we have a responsibility to ensure this program is appropriately funded to protect at-risk organizations and communities. I am proud to join my bipartisan colleagues to support this crucial program,” Portman said in the press release.

“Antisemitic violence in the U.S. has grown at an alarming rate,” Rosen said. “Whether it’s in Nevada or in any state across the country, we must stand up against hateful violence. I am proud to join my colleagues in demanding that we properly protect places of worship.”

“As antisemitism reached a frightening new high last year, we must continue to find ways to help prevent terrorist acts and also empower our nonprofits to proactively establish safeguards and security measures, which they sadly need to do but don’t necessarily have the funds to fully accomplish without these opportunities for federal assistance,” Lankford said.

Eric Fingerhut, president and CEO of the Jewish Federations of North America — who recently told Jewish Insider that securing increased funding for nonprofit security was a top priority for his organization — praised the letter.

“We know that eradicating antisemitism means addressing violent hate and extremism wherever it exists in partnership with our elected officials and law enforcement,” Fingerhut said in the Senate press release. “For these reasons we thank Senator Kirsten Gillibrand, along with Senators Rob Portman, Gary Peters, James Lankford and Jacky Rosen, for their leadership on urging increased funding this year to meet the growing security needs of nonprofit faith- and community-based organizations.”

Gillibrand also led a push for increased NSGP funding last year with Senate Minority Leader Chuck Schumer (D-NY), securing an increase in funding for the program from $60 million to $90 million for the 2020 fiscal year.