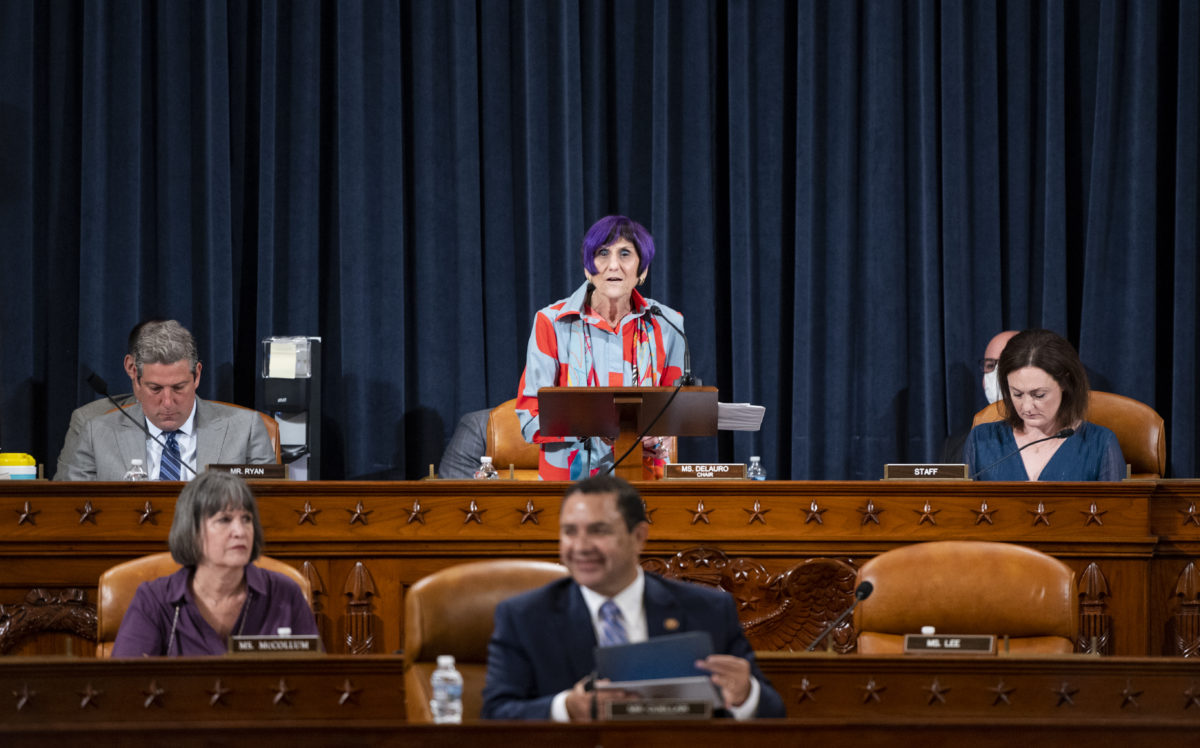 The House Appropriations Committee declined to increase funding for the Nonprofit Security Grant Program (NSGP) in its 2022 budget proposal, despite appeals from numerous Jewish community organizations and a large bipartisan group of House members.

The Homeland Security funding bill, released Tuesday, includes a total of $180 million in funding for the NSGP, a Department of Homeland Security grant program that provides funds for houses of worship and other nonprofits to enhance their security.

That would hold funding for the program even with 2021 levels, falling short of the $360 million Jewish advocacy groups and the House group requested, even amid a trend of rising antisemitic and other hate crimes.

“While I appreciate the committee’s longtime support for the essential Nonprofit Security Grant Program, the need continues to multiply. The rise of antisemitism and anti-Jewish violence is not abating but growing at rates that should disturb and disgust every law-abiding American,” Rep. Bill Pascrell (D-NJ), one of the leaders of the House group requesting a funding increase, said in a statement to Jewish Insider.

“We requested funding be doubled again this year because now is not the time for half measures,” Pascrell continued. “We cannot let up our efforts to expose and crush the poison of antisemitism that has been awakened. But at the same time I will continue to pursue any avenues we can to make sure that our synagogues and community centers are protected.”

Rep. John Katko (R-NY), the Republican leader of the effort to increase NSGP funding, told JI he was “hopeful that this program will be funded at a level more commensurate with today’s threat environment.”

This proposal suggests a backpedal from the 2021 appropriations cycle, when the subcommittee proposed — and the House as a whole approved — $360 million in NSGP funding. The funding was ultimately scaled back to $180 million in a compromise with the Senate, which initially approved just $90 million for the program.

Despite the apparent setback, Jewish community figures who advocated for the increase remain optimistic for further funding increases.

“For those of us who have dealt with the appropriations legislation, it’s not unusual,” said Rabbi Abba Cohen, vice president for government affairs for Agudath Israel of America. “In fact, it’s a positive sign that they are starting from the current levels and they are also reflecting the president’s proposal.”

Cohen said Agudath Israel will continue meeting with lawmakers to push for increases, and said that there is “great interest” in higher funding.

“I think it looks good that we can go higher,” he added.

Nathan Diament, executive director of the Orthodox Union Advocacy Center, said OU will also continue advocating for increased funding, and indicated he sees such a move as possible once the bill reaches the Senate.

“This is one step in the process,” Diament said. “[Senate Majority Leader Chuck] Schumer is on record wanting to bring the funding level up to $360, and there are others in the Senate who are friendly to that view. So we have to do our work but hopefully we will be able to increase that number.”

“The resources that these communities depend on for their security must increase proportionately to the threat,” Greenblatt told JI. “It is helpful that the administration’s request for nonprofit security funding has stayed at last year’s historically elevated level, but unfortunate that it has not been increased again, on pace with the threat. I hope Congress will take a harder look at the security needs of communities like ours.”

In a statement on the issue, Jewish Federations of North America CEO Eric Fingerhut indicated that JFNA will also continue to lobby on the issue. “We thank Congress for its continued funding of the Nonprofit Security Grant Program, which has been an important tool to help secure the Jewish community in the face of rising anti-Semitism, and continue to urge further funding,” he said in a statement.

The full Appropriations Committee will debate the Homeland Security funding bill on July 15. The NSGP funding issue did not come up in a brief subcommittee meeting on Wednesday.