The $360 million funding level was the target for Jewish groups 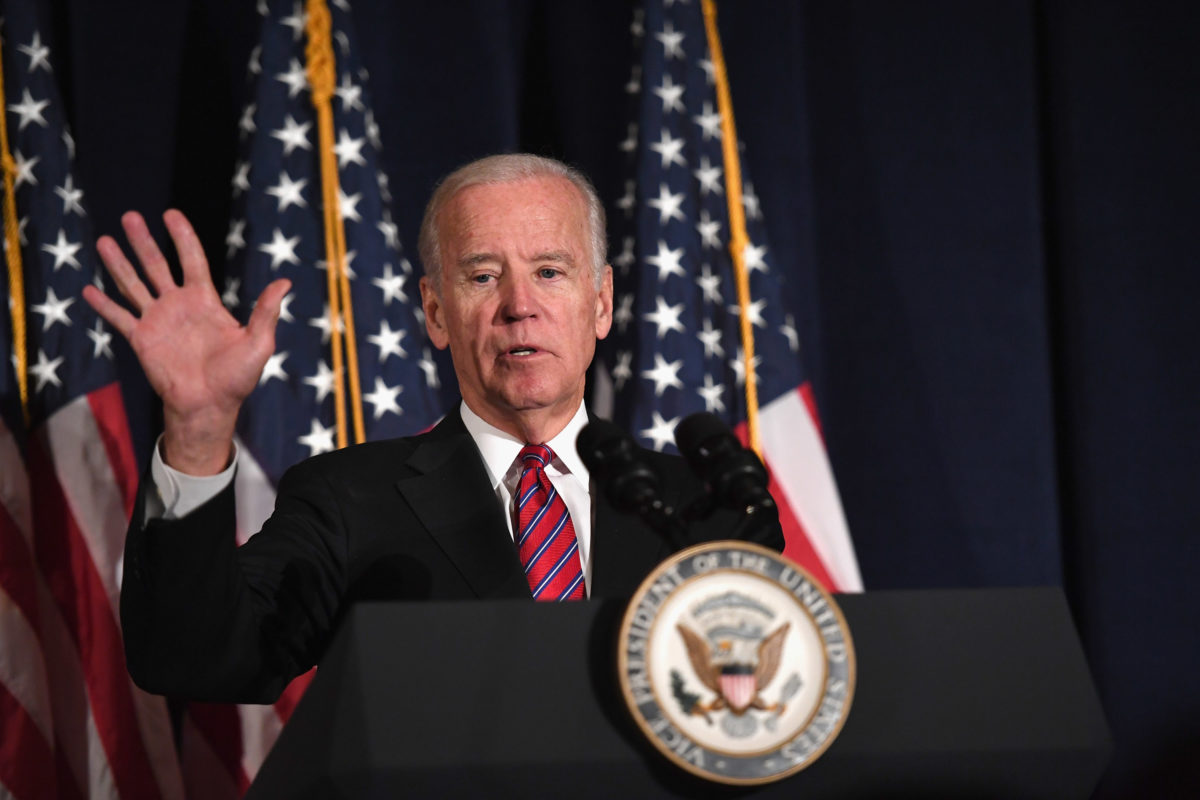 Joe Biden at the 2016 World Jewish Congress Herzl Award Dinner at The Pierre Hotel on November 9, 2016, in New York City.

The Biden administration is asking for $360 million in funding for the Nonprofit Security Grant Program (NSGP) in its 2023 budget request to Congress, a shift from the 2022 budget proposal that made no specific funding request for the program.

The $360 million funding level was the target level for Jewish groups and some proponents of the program on Capitol Hill this year. Congress approved $250 million in funding for the program for 2022, up from $180 million in 2021.

“The Nonprofit Security Grant Program is a vital resource for faith-based communities across the country,” Robert Silvers, the Department of Homeland Security’s undersecretary for policy, told Jewish Insider. “Our administration is strongly committed to growing this program, and will work with Congress to achieve our goal of $360 million in annual funding.”

The program provides funding for houses of worship and other nonprofits to beef up their security, and the additional funding request comes in the wake of an uptick in antisemitic incidents, hate crimes against Asian Americans and bomb threats to Historically Black Colleges and Universities. In 2021, the program fulfilled less than half of the grant applications due to a funding shortage.

“President Biden knows that protecting our religious spaces, like our synagogues, mosques, churches and more demands more help at the federal level,” Senate Majority Leader Chuck Schumer (D-NY) told JI. “I already successfully pushed to double this national pot of funds in 2021, but we needed more and the president knew this, too. That is why I am made the $360 million dollar push, so that the nation and New York can tap these funds and help fortify more places of worship.”

“I’m glad the president has heeded my calls to significantly increase the Nonprofit Security Grant Program funding in his annual budget proposal,” Sen. Jacky Rosen (D-NV), told JI. Rosen has been a vocal advocate for increased funding. “As the former president of a synagogue and co-founder of the Senate Bipartisan Task Force for Combating Antisemitism, I know how critical this funding is for protecting nonprofit organizations and combating the rise of antisemitism. I will continue doing everything I can to make sure this funding increase becomes a reality.”

“I am delighted that President Biden’s budget unveiled this morning for Fiscal Year 2023 has made protecting America’s religious and minority communities a top priority,” Pascrell, told JI. “The President’s proposal to fund the NSGP program at $360 million catches up with bipartisan efforts I’ve led in Congress and is not a penny less. Clearly this White House has listened to our members who have spoken up for greater funding.”

Sen. Kirsten Gillibrand (D-NY) has been another advocate for the $360 million funding level on Capitol Hill.

“Every year, I work on increasing funding for the Nonprofit Security Grant Program (NSGP) and I was proud to have helped secure a historic $250 million for the program in 2022,” Gillibrand told JI. “Given the alarming number of recent antisemitic crimes across New York and the country, I’ll be working hard to fulfill the White House’s request for $360 million for the NSGP.”

The move has also been met with praise from Jewish groups active on the issue.

“This is a very important proposal from the administration,” Orthodox Union Advocacy Center Executive Director Nathan Diament told Jewish Insider. “The president’s budget is the blueprint for the Democrats as they develop the budget and appropriations bills for the next year. It really strengthens our case to the Hill for boosting NSGP funding to that level.”

Rabbi Abba Cohen, Agudath Israel’s vice president for government affairs, attributed the increase in part to vocal advocacy from the Jewish and other interested communities.

“Because of all the advocacy, because of the statistics that have been put forward and because of, unfortunately, the [security] incidents, I think all of that sort of coalesced,” he said. “I think the administration…recognized that there had to be a significant increase in the appropriation and that led to their ask.”

“We’re extraordinarily grateful to President Biden for proposing $360 million for the Nonprofit Security Grant Program, a program that saves lives and protects houses of worship,” Elana Broitman, senior vice president of public affairs for The Jewish Federations of North America, said in a statement. “The need for these protections has only grown amid increasing terrorist and domestic extremist threats… and we commend the Biden administration and [Homeland Security] Secretary [Alejandro] Mayorkas for requesting increased funds to help communities defend themselves against this hatred.”

“The president’s budget requests that Congress fund at $360 million – doubling last year’s budget and matching ADL’s prior request for $360 million,” Anti-Defamation League Vice President of Government Relations Max Sevillia said. “We thank the administration for recognizing the need to expand the program and look forward to working with Congress to find an appropriate balance for funding levels and programmatic reform.”

Not every reaction from NSGP supporters on Capitol Hill has been entirely positive.

“While I am pleased to see the President prioritizing funding for the Nonprofit Security Grant Program, I am concerned that President Biden is cutting critical funding for the State Homeland Security Grant Program and Urban Area Security Initiative to do so, which could make us all less safe,” Sen. Rob Portman (R-OH), the ranking member of the Senate Homeland Security and Government Affairs Committee, said.

At a hearing last month, Rosen had asked Shalanda Young, then the nominee to be the director of the Office of Management and Budget, whether the administration would be making a specific NSGP funding request in future budget requests or requesting a funding increase.

“I have worked on this program since I started on the Appropriations Committee… You have a partner in me in that program,” Young responded. “I am happy to go back with the team and look to make sure what I believe is strong support throughout the administration to make sure that is clear when we send up a budget.”