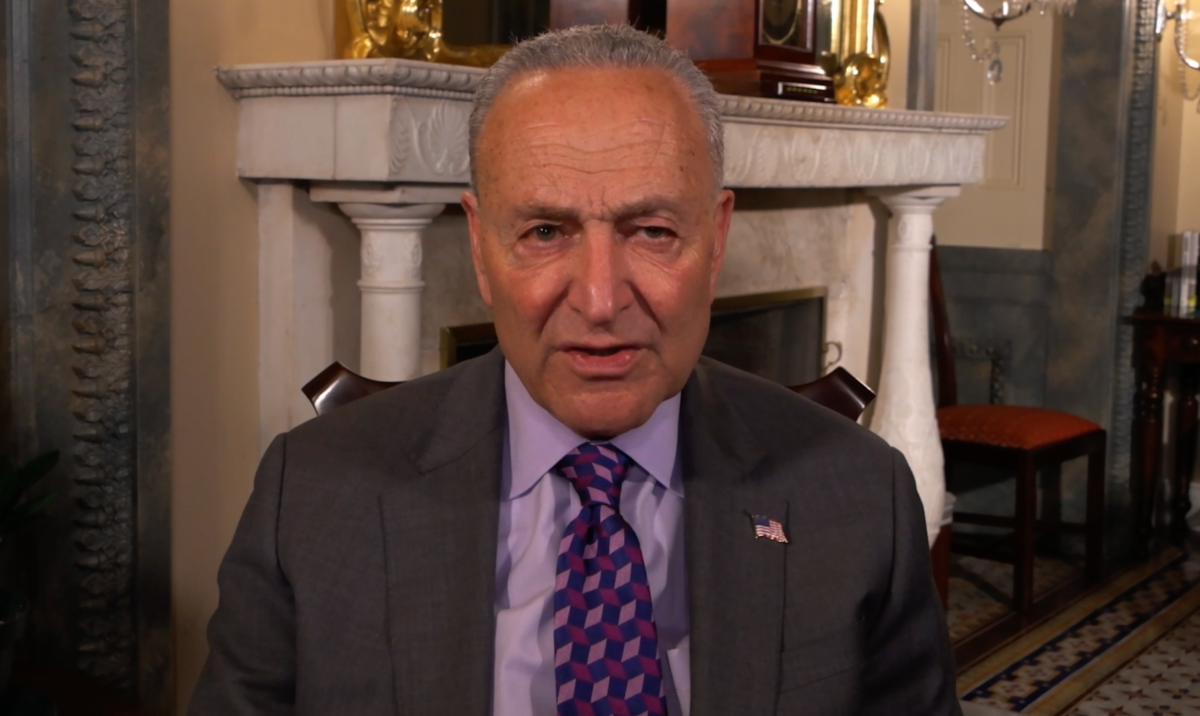 In a video message set to be delivered to The Jewish Federations of North America’s Washington Conference, Senate Majority Leader Chuck Schumer (D-NY) reiterated his support for $360 million in funding for the Nonprofit Security Grant Program.

Schumer was scheduled to appear in person at the conference butcanceled his appearance due to Senate proceedings on legislation codifying abortion rights. Technical issues at the conference prevented organizers from playing the video, which was obtained by Jewish Insider.

“We must make sure we do everything, everything in our power to fight antisemitism here at home. That’s why I’m working alongside JNFA to secure resources for religious institutions to protect themselves,” Schumer said in the video. “The president’s budget just came out and heeded my call for $360 million for the NSGP next fiscal year. Together, together we will continue to push for that $360 million. We all know how greatly this funding is needed, with antisemitism unfortunately on the rise.”

That figure, which Jewish leaders have been advocating for, represents a significant increase from the $250 million allocated to the program in the 2022 budget. Schumer has been a longtime proponent of the program and increasing funding for it.

Schumer also pledged that the Senate will “soon” pass a bill providing supplemental aid funding for Ukraine. Senators have yet to reach a deal to pass the $40 billion aid package, which passed the House last night.

The Senate majority leader praised JFNA for its work on the Ukrainian refugee crisis, saying the group has “been at the forefront” of the efforts to resettle refugees and provide humanitarian assistance.

“It fills me with pride to know that JFNA has been instrumental to make sure more refugees can find safety and dignity and respect as they get comfortably resettled,” he said. “I believe it’s a Jewish value and an American value to care for the refugee.”