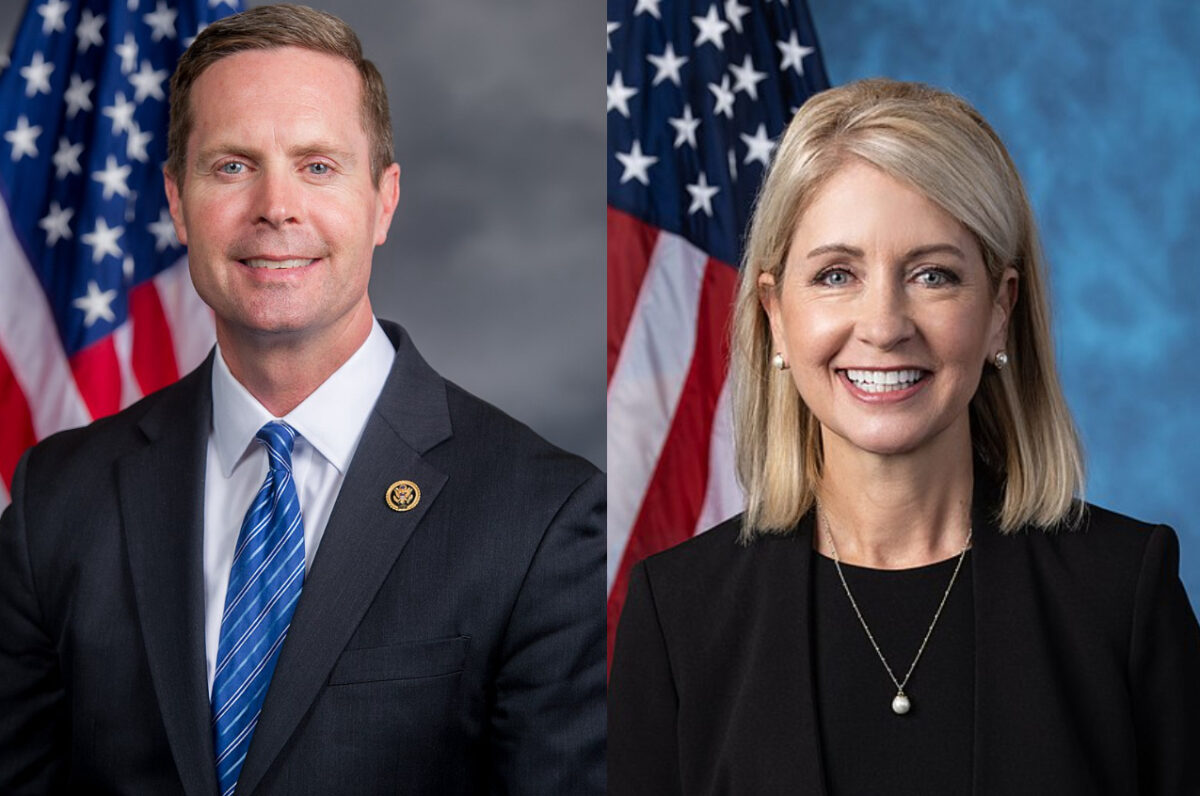 The Republican primary election in Illinois’ redrawn 15th Congressional District this week is set to serve as the latest showcase of the GOP’s internal divisions and former President Donald Trump’s efforts to remain a kingmaker within the party.

Trump was in Illinois over the weekend to stump for Miller at a rally that drew thousands of attendees.

Miller’s remarks at the event provided another jolt to the campaign — speaking about the Supreme Court’s decision on Friday to overturn Roe v. Wade, Miller appeared to call the decision eliminating the federal right to abortion a “victory for white life.” Her campaign said later she intended to say “right to life,” as was written in her prepared remarks.

It was the latest gaffe from the freshman congresswoman, who had appeared at a rally in Washington, D.C., the day before the Jan. 6 riot at the Capitol, where she invoked Adolf Hitler in a speech in which she said that the German leader “was right on one thing. He said, ‘Whoever has the youth has the future.’”

After initially doubling down on her January 2021 comments, which were made days after taking office, Miller later apologized “for any harm my words caused and regret using a reference to one of the most evil dictators in history to illustrate the dangers that outside influences can have on our youth… While some are trying to intentionally twist my words into something antithetical to my beliefs, let me be clear: I’m passionately pro-Israel and I will always be a strong advocate and ally of the Jewish community.”

Miller’s husband, Chris, himself a state representative, also owns a truck with a decal for the far-right Three Percenter militia, which was seen parked at the Capitol on the day of the riot. Chris Miller claimed not to be familiar with the militia group.

An Illinois political strategist with knowledge of the race said that Miller has associated herself with the far-right fringes of the Republican Party, placing her in the same camp as far-right provocateurs such as Reps. Marjorie Taylor Greene (R-GA) and Madison Cawthorn (R-NC).

The strategist said Davis has been more effective as a congressman and able to work with colleagues on both sides of the aisle to deliver results.

“It’s a really good contrast to Congresswoman Miller, who has had very poor constituent services and spends most of her time on Twitter in kind of the conservative talking bubble… making hay in conservative echo chambers but not actually being an effective congresswoman,” he said.

The strategist also said that mainstream conservatives in the district will likely see Miller’s comments about “white life” at the weekend rally and her remarks about Hitler as “just crazy.”

Davis voted for the certification of contested electoral college results on Jan. 6, 2021, and subsequently voted in favor of establishing an independent commission to investigate the riot — a vote that led Miller to accuse her Republican colleague of betraying Trump.

Davis has since vowed to investigate the House Select Committee probing the Jan. 6 attack if Republicans retake the House in November.

Frank Calabrese, a Chicago political strategist, told Jewish Insider late last week that the district is “extremely rural” — its largest city has a population of less than 20,000, in comparison to Davis’ old district, which was dominated by university towns and midsize cities. Rural areas, Calabrese noted, tend to heavily favor Trump.

“The problem is Rodney Davis [has] been representing a much more moderate district the past 10 years… His district was drawn to elect a Democrat 10 years ago,” Calabrese said. “He’s a conservative but he has much more of a moderate makeup to him. He’s never been a firebrand Trump-type of person.”

One possible advantage for Davis — who has been in office since 2013 — is that the new district remains within the same media markets as his old one, meaning that he is likely well-known to voters throughout the district, Calabrese noted.

This new district, he added, was drawn largely to “entice Rodney Davis to run against Mary Miller,” and clear another district — Illinois 13 — for Democrat Nikki Budzinski, a labor leader who worked for Illinois Gov. J.B. Pritzker and Hillary Clinton’s presidential campaign, and served briefly in the Office of Management and Budget under President Joe Biden. Budzinski has been endorsed in her primary by both Democratic Majority for Israel and J Street.

While both Davis and Miller have broadly pro-Israel voting records, Davis has co-sponsored more legislation surrounding the issue than Miller in the current congressional session.

Davis has supported the Israel Relations Normalization Act, as well as legislation calling for reform to the U.N. Relief and Works Agency for Palestinian Refugees, supporting increased U.S.-Israel cooperation, seeking to shut down the U.N. Commission of Inquiry investigating Israel and aiming to block international financing to Hamas.

Davis has also signed letters calling for increased funding, up to $360 million, for the Nonprofit Security Grant Program; Miller has not.

The Illinois strategist noted that Davis’ polling and ad campaigns have indicated that a powerful attack line against Miller was her vote against the 2022 National Defense Authorization Act, the mammoth annual defense budget bill.

Davis, the strategist explained, has been able to lump Miller in with members on the far-right and far-left who also opposed the bill, and accuse her of failing to support veterans and the military. The deeply conservative district has a significant veteran population and is largely supportive of the military.

Calabrese said that as of a few weeks ago, he had anticipated a Davis victory given the longtime congressman’s longer history in office, stronger campaign infrastructure and superior fundraising. Miller, Calabrese noted, has been media-shy leading up to the primary and, he added, has been mostly engaging in private meetings with activists.

“It’s a big difference between when Trump does a tweet or endorsement and actually going and doing rallies,” Calabrese said. “Now, I just think it’s a toss-up. Because Trump, when he comes into these districts and when he says that ‘I am supporting this person’… we’ve seen that actually really does influence Republican primaries.”

“Especially if she gets a real big rally — which she probably will — with a lot of turnout, a lot of media coverage, I might even rate it ‘tilt Mary Miller,’” he continued.

The local strategist who spoke to JI was more skeptical of the influence that rally might have.

“I would be surprised if it’s a dramatic swing especially this late in the game,” he said. He also noted that Trump’s remarks about the race on Saturday were limited and tepid — he did not mention Davis and only briefly mentioned Miller.

“It’s certainly going to help and bump her a little bit,” the strategist continued, but polling indicates “it’s already built in that she’s endorsed by Trump. Allies of hers… have spent millions of dollars saying that she’s the Trump-endorsed candidate. I think that’s mostly built into the calculation for most voters.”