The legislation would increase conditions on U.S. aid to the U.N. agency supporting Palestinians 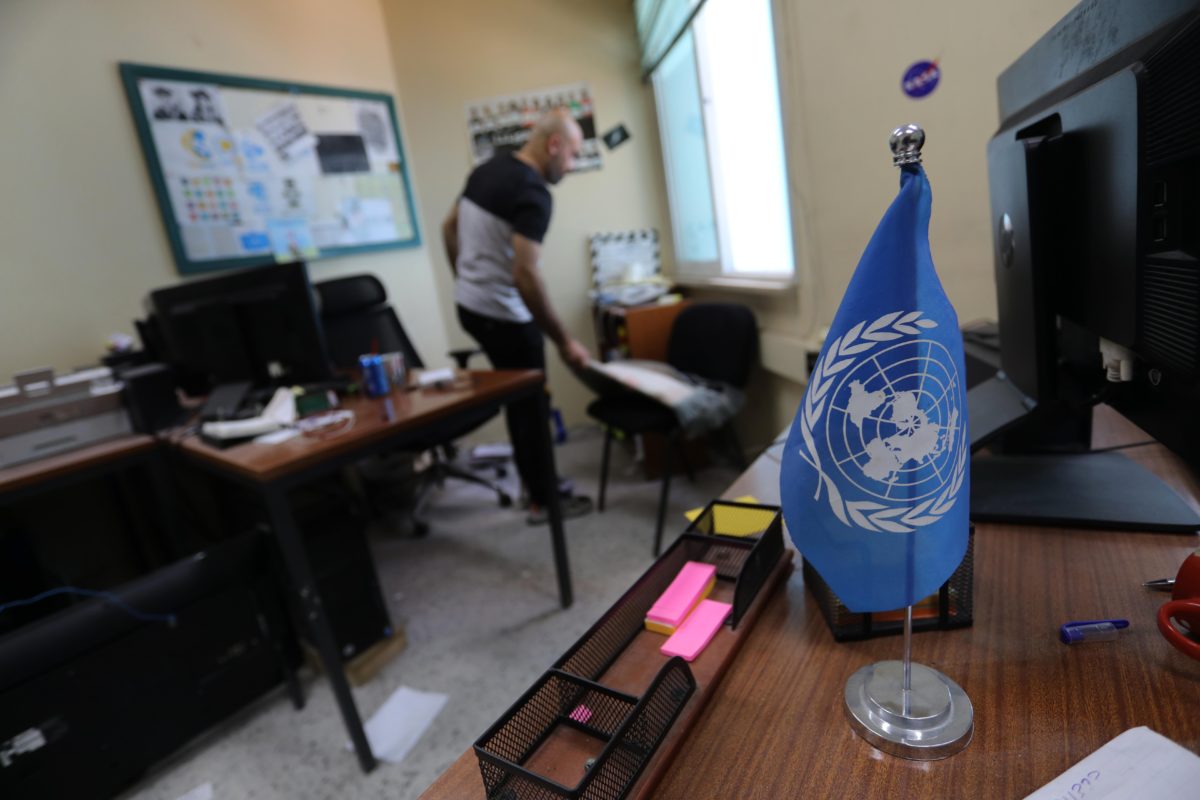 A man inspects the damage at the United Nations Relief and Works Agency for Palestine Refugees in the Near East (UNRWA) building after airstrikes carried out by Israeli army targeting nearby buildings, in Gaza City, Gaza on May 23, 2021.

Congressional Republicans are pushing to reform or cut funding to the United Nations Relief and Works Agency for Palestinian Refugees in the Near East (UNRWA) — the U.N. agency tasked with providing aid to Palestinians — after the Biden administration restored funding cut by former President Donald Trump to the often-criticized body.

The UNRWA Accountability and Transparency Act, which has 12 sponsors in the Senate and 28 in the House and was introduced Tuesday, would freeze aid to UNRWA entirely unless the secretary of state certifies to Congress every 180 days that the organization meets a series of criteria. They includeconfirmation that no UNRWA employees are members of or affiliated with terror organizations; that no UNRWA resources are being used by terror groups; and that the U.N. agency’s schools do not provide educational materials containing anti-American, anti-Israel or antisemitic content.

As it stands, UNRWA would likely fail to meet at least some of the proposed criteria. During the May conflict between Israel and Hamas in Gaza, a Hamas tunnel shaft was found under an UNRWA school in Gaza City. In January, the head of the agency admitted that UNRWA had distributed anti-Israel education content. U.S. Ambassador to the U.N. Linda Thomas-Greenfield also noted in a recent congressional hearing that UNRWA does not have direct control over many of its educational materials.

The Senate bill was introduced by Sen. Jim Risch (R-ID).

“When UNRWA was created, its specific purpose was to provide relief for refugees of the 1948 Arab-Israeli Conflict. More than 70 years later, the organization has employed individuals affiliated with Hamas, a U.S.-designated foreign terrorist organization (FTO), and its schools have been used to promote anti-Semitism and store Hamas weapons,” Risch said in a statement. “It is unacceptable that U.S. taxpayer dollars are being used to fund this agency, which is why I’ve introduced legislation to cease U.S. contributions to UNRWA unless the administration can certify without a doubt that the agency has no affiliation with U.S. designation FTOs and does not support antisemitic rhetoric.”

“Because of this, UNRWA is an obstacle to peace whose flawed mandate perpetuates the Palestinian ‘refugee crisis’ by using a nonsensical definition of a refugee,” Roy said in a statement. “If we truly desire peace, we must chart a new course that phases out UNRWA.”