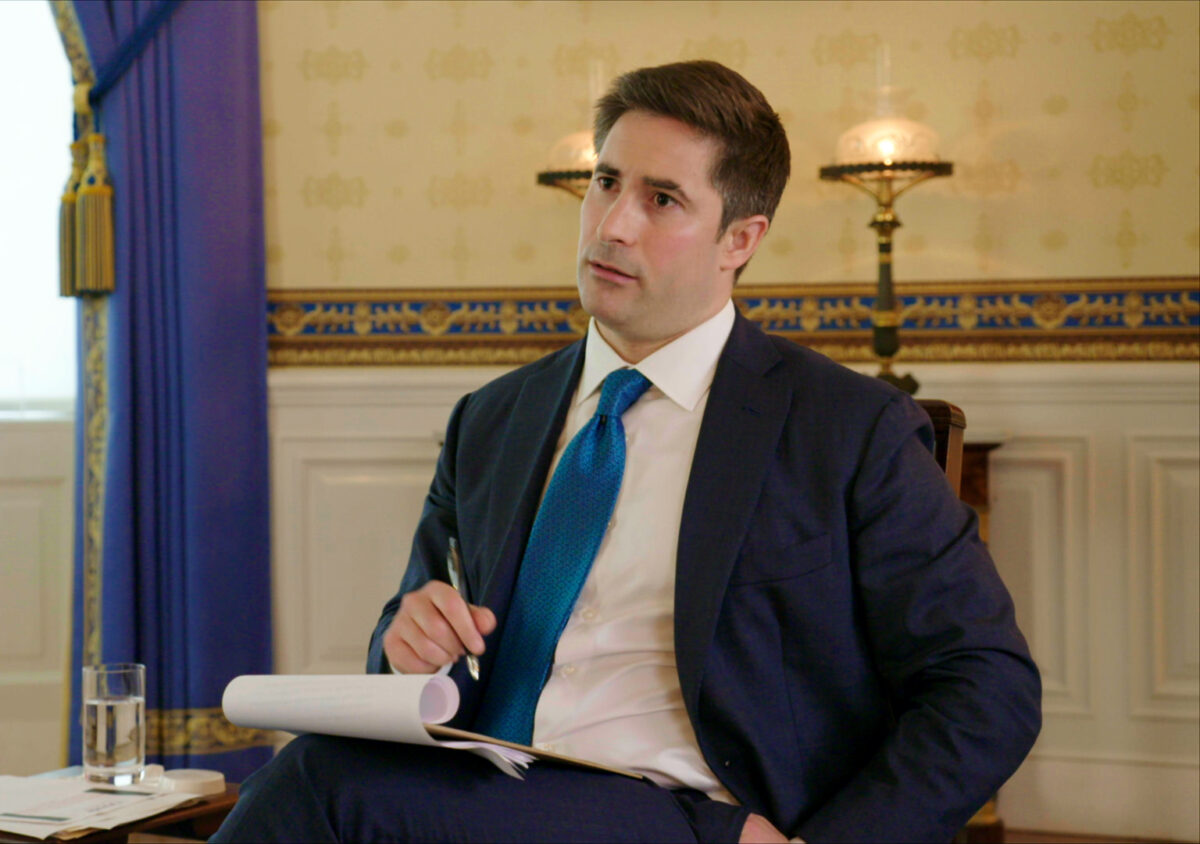 Even in the hypercompetitive landscape of Washington journalism, Jonathan Swan steadfastly remains a star. Deeply sourced and thoughtful, the Australia native has gained acclaim as much for his scoops as for his probing TV interviews. In a conversation on Jewish Insider’s “Limited Liability Podcast,” Swan, who serves as Axios’ national political correspondent, discussed the inner workings of the Biden White House, interviewing former President Donald Trump and President Joe Biden’s changing relationship with Saudi Arabia.

The following are excerpts from the conversation.

“One of the challenges in interviewing him, it’s like riding a bronco: You might have a line of questioning or you might have the perfect question that you crafted about the Mueller investigation. You could come up with the smartest question ever, and you put it to Donald Trump and he doesn’t respond to questions, he responds to keywords. So the minute you say ‘Russia’ or ‘Mueller,’ you really just subject your audience to a four- to five-minute rant about the ‘Hoax’ and the ‘Fake News’ and whatever.

“So you really have to accept that and think that through, and ask, ‘What am I trying to accomplish here in this line of questioning, what’s he going to say?’ Because it’s usually quite predictable, and how you actually try and get something out of him that no one has before or hold him accountable for something that he hasn’t yet been held accountable for.”

“The White House is effectively controlled by five people and they’re all basically family in the sense that they’ve known Biden and [have] been part of the Biden operation since the early ‘80s. It is an absolutely impenetrable fortress, that tight group around him, and that’s why you see almost no real ‘inside the room’ reporting on how Biden is making his really sensitive decisions.

“I’ll give you a little secret: The decisions aren’t being made in the 40-person senior staff call at 8:20, they’re being made in a tiny room. Most of the staff have never heard a decision being made; they’re not in the room for any of that. And they have no earthly idea [about] some of these really intimate conversations where the really tough stuff is being worked out.”

“[Biden came into office calling [Saudi Crown Prince] Mohammed bin Salman a pariah, he used the word pariah, and that we have to make him a pariah. He basically signaled that we’re going to fundamentally change the U.S.-Saudi relationship. Obviously, early on, they went in that direction with the declassification of the documents, showing that MBS was ultimately responsible for the murder of Jamal Khashoggi.

“But very quickly, for a number of reasons — some of them were domestic political reasons, such as energy inflation — they changed their policy and they had senior aides, including [National Security Advisor] Jake Sullivan, fly over to meet with MBS and basically, they had to suck up to him.”

What questions he would ask Biden:

“I might start by saying, is Mohammed bin Salman a pariah? Is he still a pariah? What was the date when you stopped considering him a pariah? And what was the gas price at that point? Have you changed your moral assessment of the Saudi regime? Help talk me through that moral evolution? Those are just some of the questions I might ask.”

“My dad grew up in Glasgow, and was very poor. His family left Odessa around 1905. There was a pogrom, and my great grandfather was killed in that pogrom. They got on a boat and they thought they were going to end up in the United States; they actually ended up in Glasgow. They had no money. My granddad lived in what was at the time one of the worst slums in Western Europe. In Glasgow, my dad grew up very poor… He was the first in his family to go to university, became a doctor and moved to Australia. As you can imagine, there aren’t many Jews in Glasgow, so Dad was a real minority in Glasgow, there was a lot of antisemitism, a lot of hostility and it made him more and more attached to his Judaism…

“I grew up in a very liberal Reform Jewish household, going to a shul called Temple Emanuel, did my bar mitzvah there, and it was part of my life. But it wasn’t the center of my life in the way that some people grow up. We had Shabbat dinner. My dad worked his guts out, but the one thing we always did every week was Shabbat dinner as a family on Fridays. I went to shul fairly infrequently, but obviously, for High Holidays.”