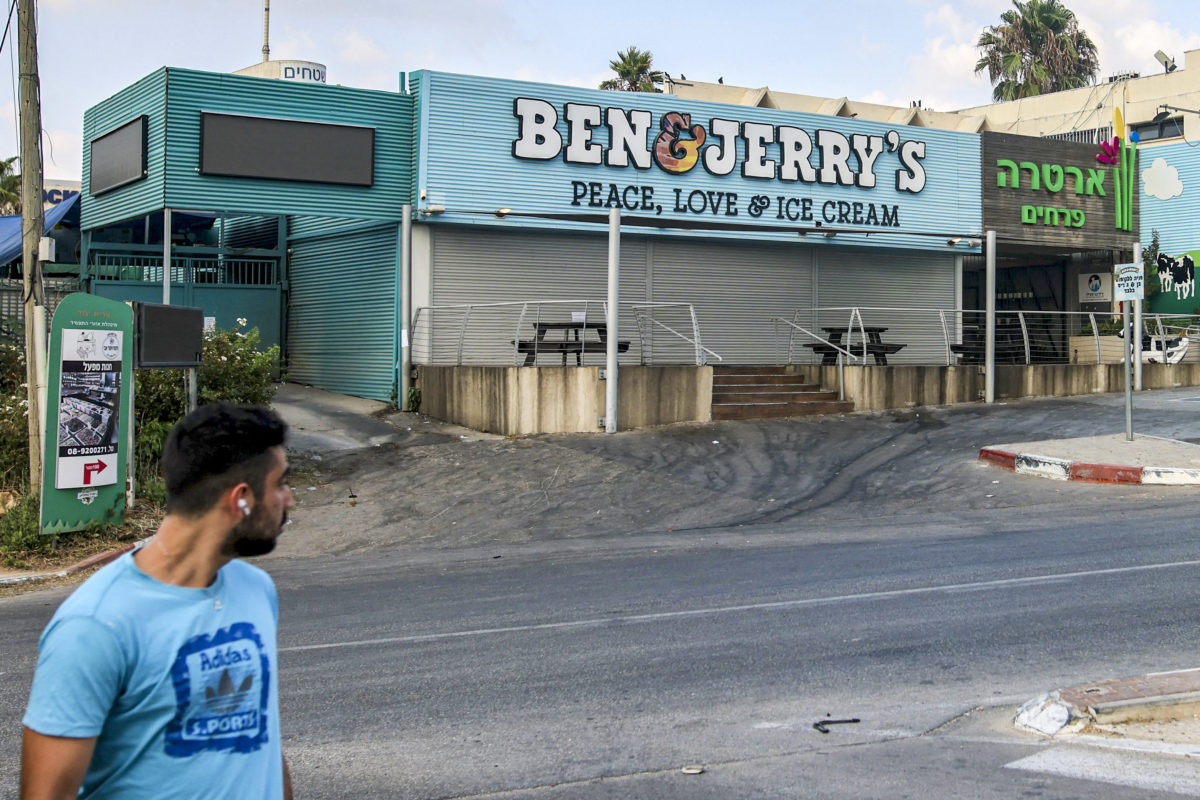 Unilever, the parent company of Ben & Jerry’s, announced on Wednesday that it reached an agreement with the Israel-based manufacturer of the ice cream products to continue selling in Israel and the West Bank.

Under the new arrangement, Unilever will sell its interests in Israel to American Quality Products Ltd. owner Avi Zinger, whose company has manufactured and distributed Ben & Jerry’s in Israel and the West Bank for more than three decades. “Ben & Jerry’s will be sold under its Hebrew and Arabic names throughout Israel and the West Bank under the full ownership of its current licensee,” Unilever said in a statement.

“I think Unilever took a very principled stance and recognized that it was important for Ben & Jerry’s ice cream to continue to be made available to all consumers in Israel: Israelis, Palestinians, Jews, Muslims, Christians, wherever they may live,” Alyza Lewin, president of the Louis D. Brandeis Center for Human Rights Under Law, which represented Zinger, told JI on Wednesday. “And they took the steps necessary to make sure that’s what happened.”

Ben & Jerry’s announced in July 2021 that it would cease sales of its products in what it referred to as “Occupied Palestinian Territory,” triggering a number of states with laws prohibiting the boycott of Israeli products to begin the process of divesting from Unilever. Several members of Congress also called for the Securities and Exchange Commission to look into whether Unilever needed to amend its regulatory filings to reflect new risks posed to shareholders in light of the ice cream company’s announcement.

A person familiar with the negotiations between AQP and Unilever told JI that there were a number of concurrent issues that brought Unilever to reach the agreement with AQP. “You have the sanctions that were happening in the U.S. by U.S. governors and senators, you had the federal lawsuit,” the individual said. “And [Unilever] really did want to resolve that issue. And they really did make a stance against BDS.”

Trian Partners, whose founding partner Nelson Peltz joined Unilever’s board of directors earlier this year, said in a statement to JI that the company “commends the Unilever team and Avi Zinger for reaching this new arrangement to keep Ben & Jerry’s in Israel and ensure its ice cream stays available to all consumers. Respect and tolerance have prevailed.”

In its statement on Wednesday, Unilever said that it “rejects completely and repudiates unequivocally any form of discrimination or intolerance. Antisemitism has no place in any society. We have never expressed any support for the Boycott Divestment Sanctions (BDS) movement and have no intention of changing that position.”

Earlier this year, Zinger filed a lawsuit against both Ben & Jerry’s and Unilever, alleging both breach of contract and that he had been pressured to violate Israeli laws prohibiting boycotts against Israel and areas under its control.

Zinger told Jewish Insider at the time that while he had faced pressure from the companies in the past to end sales in the West Bank after more than three decades of manufacturing and distributing the products, that pressure became “tremendous” after the May 2021 conflict between Israel and Gaza.

Ben & Jerry’s announced it would cease sales in the region two months after the end of the May conflict.

The company and its founders have faced scrutiny for public comments and internal processes following last summer’s announcement. In October 2021, founders Ben Cohen and Jerry Greenfield, who have remained background figures at the company since its 2000 acquisition by Unilever, were asked by Axios reporter Alexi McCammond why they supported the company’s decision to end sales in Israel and the West Bank, but continued to sell products in U.S. states that had passed restrictive voting laws, which the co-founders struggled to answer.

Earlier this month, the company again faced criticism after a Ben & Jerry’s employee shared video and screenshots of a new employee training program that featured four lectures on the Israeli-Palestinian conflict.

This article was updated at 6 a.m. on 6/30/22 to include comment from an individual familiar with the agreement and from Trian Partners.