Fourteen books to read this summer 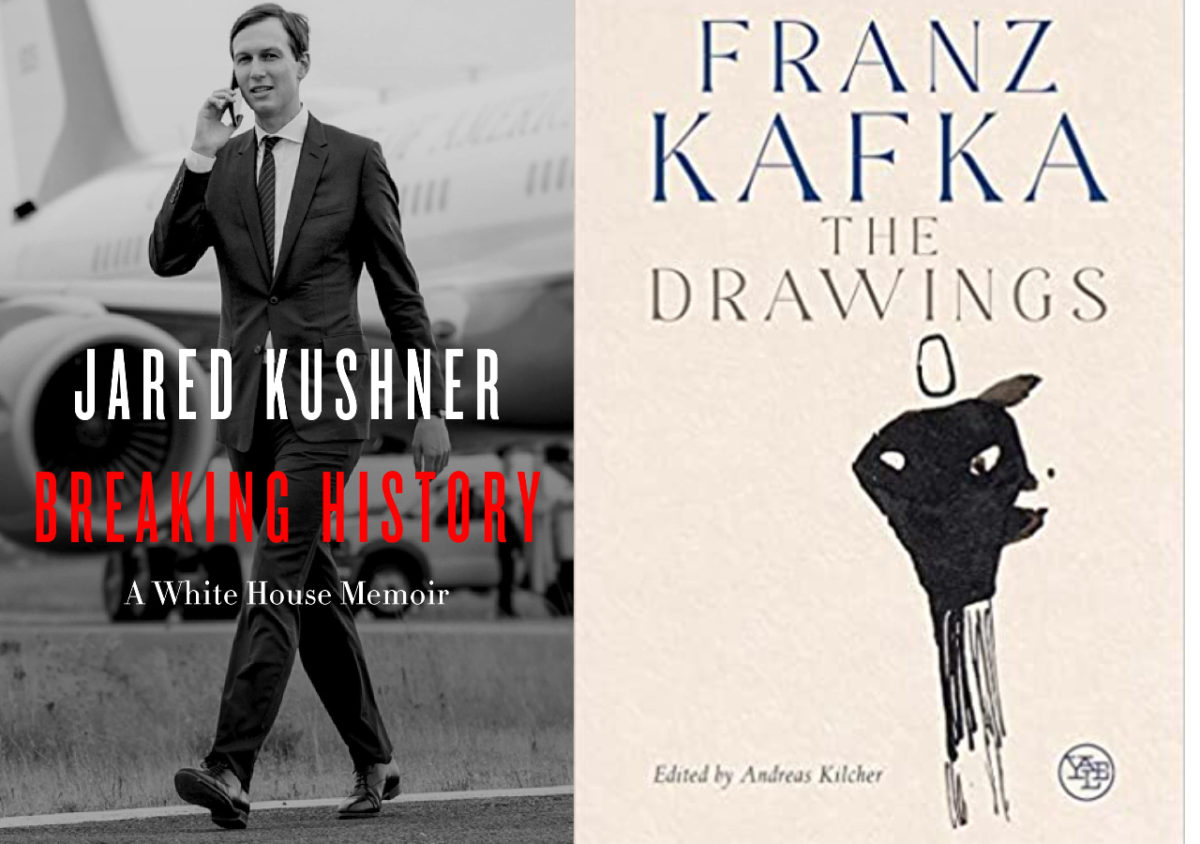 In the latest installment of a series exploring new and upcoming books, the team at Jewish Insider previews top titles coming out this summer:

The Latecomer: A Novel, by Jean Hanff Korelitz (May 31): In her latest novel, Korelitz conjures up the world of the fictitious Oppenheimer family — parents Salo and Johanna, and triplets Harrison, Lewyn and Sally — and upends their world when Johanna decides to have a fourth child as her first three leave for college.

Franz Kafka: The Drawings by Andreas Kilcher and Pavel Schmidt (May 31): Three years after the discovery of hundreds of Kafka’s sketches in a private collection, Kilcher and Schmidt publish the famed writer’s full-color drawings.

The Pope at War: The Secret History of Pius XII, Mussolini, and Hitler, by David I. Kertzer (June 7): Kertzer, who won a Pulitzer Prize for The Pope and Mussolini, turned his attention to Pope Pius XII and his response to WWII and the Holocaust, which included secret meetings with Nazi officials and a failure to condemn the persecution of Europe’s Jews.

Let My People Know: The Incredible Story of Middle East Peace — and What Lies Ahead, by Aryeh Lightstone (June 28): Lightstone, who served as senior advisor to Ambassador to Israel David Friedman, takes readers behind the scenes of the lead-up to the 2020 Abraham Accords and suggests how the Biden administration can further the success of the Accords.

The Watchmakers: A Powerful WW2 Story of Brotherhood, Survival, and Hope Amid the Holocaust, by Harry Lenga (June 28): The Hungarian-born Lenga chronicles the efforts he undertook, along with his two brothers, to survive numerous ghettos and labor camps across Europe, using the skills learned from their father, a watchmaker, to sustain them along the way.

The German Wife: A Novel, by Kelly Rimmer (June 28): Rimmer’s latest novel follows the trajectory of Sofie von Meyer Rhodes, a German housewife whose husband is forced to work for the Nazis’ rocket program, from Berlin to the American Deep South, where the family relocates as part of a then-covert U.S. intelligence program to recruit German scientists to develop the American space program.

Modern Table: Kosher Recipes for Everyday Gatherings, by Kim Kushner (June 28): Kosher cookbook author Kushner, who grew up spending summers in Israel, is back with her third book of recipes, with a foreword by Adeena Sussman.

The Last Boss of Brighton: Boris “Biba” Nayfeld and the Rise of the Russian Mob in America, by Douglas Century (July 5): In his latest nonfiction book, Century, whose past books have looked at the influence of Mafia culture, shines a light on the Belarus-born Nayfeld, a petty criminal in the USSR who would go on to head the Russian Jewish crime syndicate out of Brighton Beach, Brooklyn.

The Arc of a Covenant: The United States, Israel, and the Fate of the Jewish People, by Walter Russell Mead (July 5): The American Interest’s editor-at-large looks at the modern historical ties between the U.S. and Israel, as well as support for — and opposition to — the State of Israel from the American Jewish community, and how those relationships were observed and utilized by the broader foreign policy establishment.

Invisible Storm: A Soldier’s Memoir of Politics and PTSD, by Jason Kander (July 5): Once floated as a potential presidential candidate, the former Army intelligence officer withdrew from the political arena to address mental health issues resulting from his time in Afghanistan. The Democrat, who served as Missouri secretary of state and as a state representative, chronicles his political rise and personal challenges in his revealing second memoir.

In the Path of Abraham: How Donald Trump Made Peace in the Middle East–and How to Stop Joe Biden from Unmaking It, by Jason Greenblatt (July 19): In a memoir, the former White House special envoy to the Middle East looks back on decades of work alongside former President Donald Trump, first at the Trump Organization, and then at the White House, where he was a key player in the administration’s Peace to Prosperity Plan, an effort that laid the groundwork for the 2020 Abraham Accords.

Breaking History: A White House Memoir, by Jared Kushner (Aug. 9): One of the key architects of what are considered to be the Trump administration’s greatest foreign policy successes, Kushner expands on the Oval Office debates over international relations, deals and negotiations, culminating in the normalization agreements between Israel and five Arab countries in the final months of the Trump administration.

Koshersoul: The Faith and Food Journey of an African American Jew, by Michael W. Twitty (Aug. 9): In his second book, the Black Jewish author and food historian, who converted to Judaism at the age of 25, looks at the linkage between the culinary traditions of Jewish and African diaspora cuisine.

Mount Chicago: A Novel, by Adam Levin (Aug. 9): The Chicago-based Levin writes about an imagined and improbable sinkhole that devastates the Windy City but unites its mayor, as well as a stand-up Jewish comic and a dedicated fan, in this dark comedy.