Bahrain is pushing a regional ‘security architecture’ for the Middle East 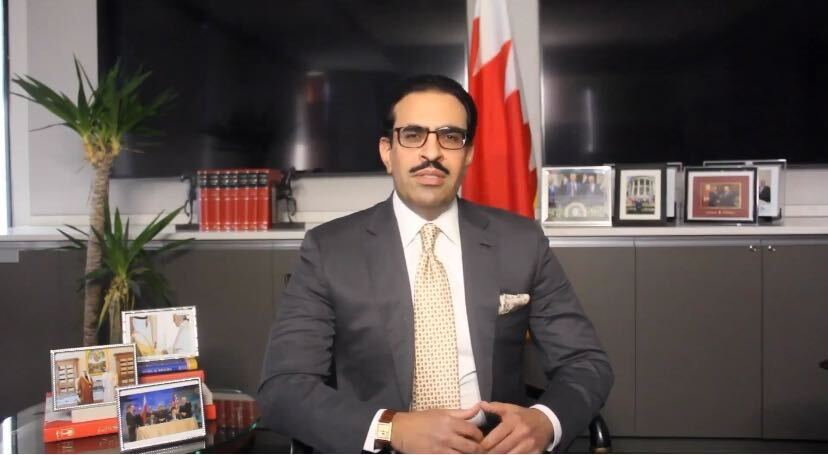 In the 18 months since the Abraham Accords were signed, people-to-people cultural exchanges and business ties have flourished between Israel and the United Arab Emirates. Now, new defense cooperation appears to be emerging between Israel and Bahrain.

During a recent visit to Washington, Bahraini Crown Prince Salman bin Hamad Al Khalifa promoted “a new security architecture for our region that will help guarantee the security of the region as a whole,” Bahraini Ambassador to the U.S. Abdulla Bin Rashid Al Khalifa told Jewish Insider.

This vision includes Israel — a country with which Bahrain did not have an official relationship even two years ago. Speaking to JI, Al Khalifa expressed a desire to engage with the American Jewish community and to grow cultural ties between Israelis and Bahrainis, in addition to the countries’ burgeoning defense relationship.

Leaders of the countries that signed the Abraham Accords in 2020 are quick to point out that the agreements, which normalized ties between Israel and several Arab states, were not a defense treaty. But in the year and a half since the pacts were signed, new and unprecedented defense cooperation between Israel and its new Arab allies has emerged.

In February, the Israeli and Bahraini defense ministers signed a memorandum of understanding (MOU) to formalize the countries’ security ties. That agreement fits into the new regional defense posture that Bahrain is trying to promote.

“How can countries in the region, in addition to the United States, come up with a way to deter attacks,” asked Al Khalifa, “and to ensure the safety and security of the transfer of goods and services to and from the region?”

The crown prince discussed this “architecture” at a meeting at the Washington office of AIPAC, “the first ever head of government from an Arab country to visit AIPAC headquarters,” the ambassador noted. After the crown prince met with Defense Secretary Lloyd Austin, a Pentagon spokesperson said the pair discussed “expanding regional cooperation to confront the full scope of threats from Iran, including strengthening air and missile defense and bolstering our maritime security.”

The defense cooperation between Israel and Bahrain “is the first of its kind in the region,” said Al Khalifa, and “there’s more potential as we see more of the same tactics by state and non-state actors being used in the region. There’s ways in which our forces can learn from one another.” He pointed to the cooperation that has already been spurred by the U.S. moving Israel to the CENTCOM area of responsibility.

“I am not aware of that,” Al Khalifa said of the reported meeting. Bahrain and Qatar restored diplomatic ties last year following a yearslong regional diplomatic dispute that saw Qatar isolated among Gulf countries. “But needless to say, Bahrain has always been a country that is open, that creates a platform for discussions.”

While Israel and Bahrain have a strong working relationship on defense matters, the two countries have not yet experienced the same cultural connections that have flourished between Israel and Bahrain’s Gulf neighbor, the United Arab Emirates.

Israelis looking to travel to Dubai can choose from multiple daily flights, but only two flights go to Manama, Bahrain’s capital, each week. Al Khalifa highlighted what he described as “opportunities that will hopefully bring us to a closer place” — things like restaurants and hotels with kosher food, but also other unique aspects of Bahrain’s culture that might appeal to Israelis.

“We have the only indigenous Jewish society in the region. We’ve established initiatives like the Association for Gulf Jewish Communities that bring together folks of the Jewish faith from the region for important religious events,” Khalifa explained. “We will continue to keep our doors open. We continue to advocate for people to visit, and vice versa.”

“The battle against antisemitism is a plight that His Majesty King Hamad bin Isa Al Khalifa has aggressively taken on,” the ambassador told attendees of the Palm Beach Summit Countering Antisemitism, which also hosted current and former State Department officials, Jewish community leaders and philanthropists.

He referenced Houda Nonoo, a member of Bahrain’s Jewish community who served as ambassador to the U.S. from 2008 to 2013. “The story of the Jewish presence in Bahrain dates as far back as the mid-1800s,” Al Khalifa explained in his video address. “I’m elated to say that the Jewish presence in Bahrain is not a segregated, inclusive group, but rather a vibrant and active component of our national, cultural and even governmental ecosystem.”

In 2020, a few months before the announcement of the Abraham Accords, an NGO affiliated with the Bahraini government signed an MOU with the State Department’s Office of the Special Envoy to Monitor and Combat Antisemitism.

“Within that MOU, they’ve adopted the global definition of the International Holocaust Remembrance Alliance,” Khalifa noted. “I think there’s a lot more work to do there, and all in all, it comes in line with our foreign policy priorities and domestic policy.”