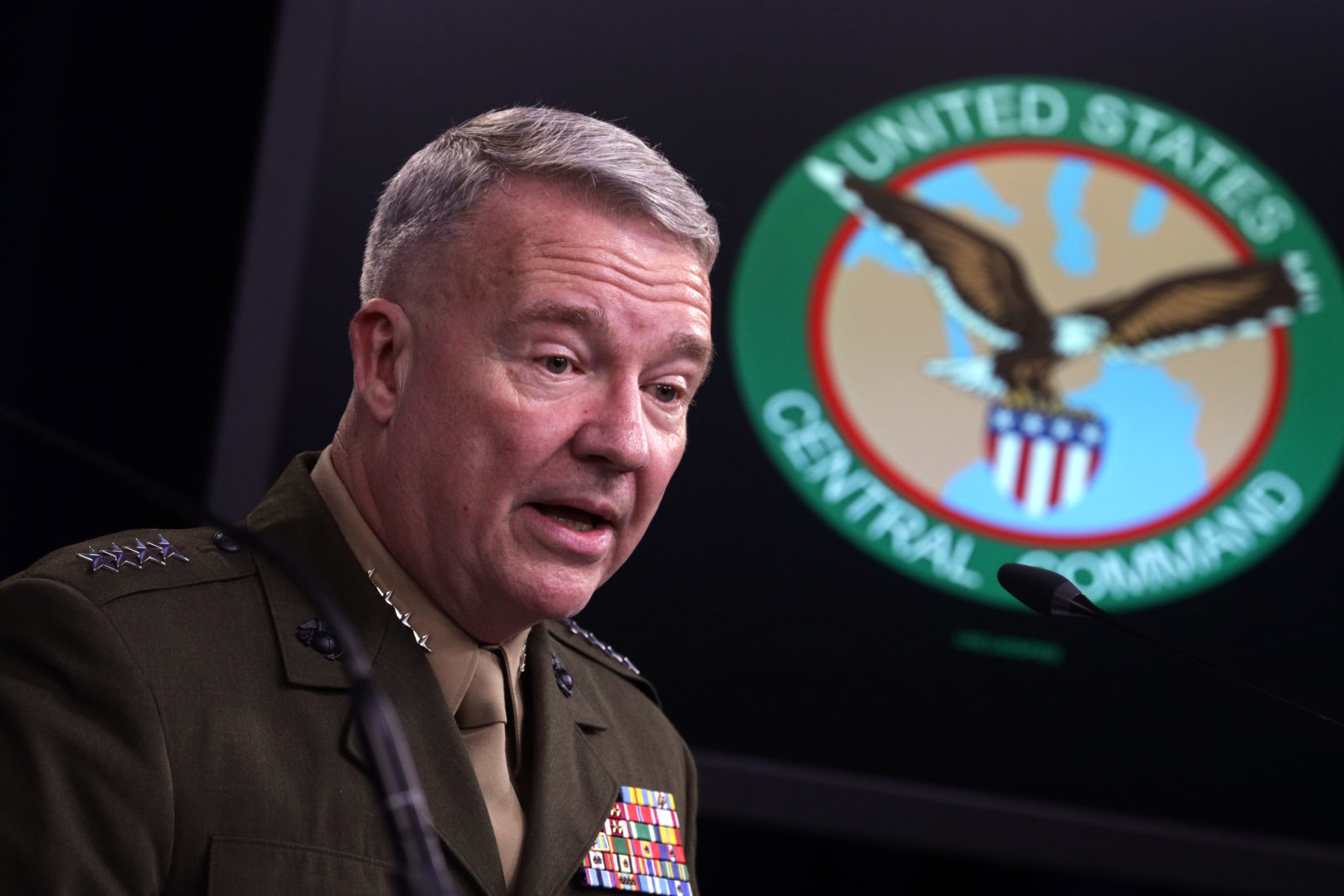 Why Israel’s move to CENTCOM matters

Moving Israel to the Pentagon’s Middle East command could lead to progress on the Abraham Accords, experts say

When Israeli Defense Forces Chief of Staff Aviv Kochavi traveled to U.S. Central Command (CENTCOM) headquarters at MacDill Air Force Base in Tampa, Fla., yesterday, the visit marked the beginning of a new phase in a military relationship between the U.S. and Israel that is already strong and extensive.

“The current operational cooperation and the planned improvements agreed during my visit attest to the mutual commitment between CENTCOM and the IDF to deal more effectively with the diverse and emerging challenges,” Kochavi said in a statement.

The U.S. military has 11 combatant commands, each of which has a specific geographic or functional mission. For instance, Cyber Command, which defends national security interests in cyberspace, and Africa Command, which strengthens the defense capabilities of African countries; and Space Command. Before Trump’s announcement, Israel, despite its geographic location, had fallen under European Command, which works closely with NATO on security issues in Europe.

Kochavi’s visit marked the first time the top IDF official had visited CENTCOM’s Tampa headquarters since former President Donald Trump announced in January, days before leaving office, that Israel would soon fall under CENTCOM’s area of responsibility, a shift from its current status as part of European Command (EUCOM). The announcement marked the culmination of years of unofficial cooperation between Israel and CENTCOM, whose mission is to “build cooperation among nations throughout the Middle East.”

The main reason for the longstanding arrangement was the icy relationship that historically existed between Israel and its Arab neighbors. But as Israel has begun cooperating with Persian Gulf nations — including recent diplomatic agreements with Bahrain and the United Arab Emirates, and reported behind-the-scenes coordination with Saudi Arabia — the U.S. made a change to its Unified Command Plan.

“The easing of tensions between Israel and its Arab neighbors subsequent to the Abraham Accords has provided a strategic opportunity for the United States to align key partners against shared threats in the Middle East,” the Pentagon said when it announced the change in January.

“We saw this as the next military step after the Abraham Accords,” said Michael Makovsky, president and CEO of the Jewish Institute for National Security of America (JINSA).

Two months before the Trump administration’s policy change, JINSA authored a report urging the Pentagon to make such a change. Makovsky, one of the report’s lead authors, told Jewish Insider that he first began to raise the subject privately in 2018. After the Abraham Accords were signed last year, “we also got wind that this was being seriously considered,” he said, leading his organization to publish the report.

Part of JINSA’s goal in advocating for the change is to push for an expansion of the Abraham Accords, potentially even bringing a powerhouse like Saudi Arabia into the diplomatic agreement signed last year. “It could facilitate cooperation even with those countries [that the Israelis] don’t have diplomatic ties to,” Makovsky said. “Is it possible the Saudis could be part of some military architecture that Israeli is part of, without having diplomatic ties? It’s possible, especially if you have the United States as a leader in all this.”

The change has not yet formally happened — CENTCOM Commander Marine Corps Gen. Kenneth F. McKenzie Jr. told a Senate Armed Services committee hearing in April that the transition should take place by the fall — but Kochavi’s visit to the Pentagon and the Tampa headquarters this week show that both Americans and Israelis are already taking the change seriously. “I am absolutely confident that we will be able to retain Israel’s military advantage,” McKenzie said at the hearing.

So what does the change mean for U.S.-Israel military cooperation?

“Military officers are often quick to acknowledge that there is very close and ongoing coordination between Israel and CENTCOM on issues of common concern, but right now, of course, there is no full-time Israeli presence at CENTCOM,” said Michael Eisenstadt, director of The Washington Institute for Near East Policy’s Military and Security Studies Program.

When Israel is integrated into CENTCOM, the Israeli military will have staff stationed in Tampa. “Having a full-time military representative, or a team of representatives there, first of all, would enable Israel to see where they can contribute to CENTCOM’s mission on a day-to-day basis, rather than coming over for visits and having a set agenda,” like Kochavi did this week, Eisenstadt explained.

He compared the situation to that of college students who live off-campus, removed from the center of university life. “When you live in town, you come to school for classes, and then you go back home, and you don’t have a full understanding of what’s going on on campus,” said Eisenstadt. “When you live on campus, you have a much better handle of those things, and you get to know a lot more of the students” — and the same can be true of Israel’s new role at CENTCOM, Eisenstadt suggested. “Once the Israelis have representatives there, it will create opportunities for both official and informal networking with representatives from other countries, some of which Israel still doesn’t have diplomatic relations with,” he said.

Even before the move, Israel was edging closer to CENTCOM, with more collaboration happening between Central Command and the IDF. McKenzie said in April that Israel was historically not part of CENTCOM “particularly because of strains between Egypt and Israel. We are now well past that.” Former CENTCOM Commander Gen. Joseph Votel became the first leader of Central Command to visit Israel in 2018.

McKenzie told senators in April that the reason for moving Israel into CENTCOM was that “all of Israel’s threats really emanate from the east, which is in the CENTCOM area of responsibility.”

One of those threats is Iran. “You had a president [Trump] that’s very focused on Iran. Israel is a primary player on the ground pushing back against the Iranians, which is in the overriding interests of other CENTCOM members, such as Saudi, UAE, Bahrain and others,” Makovsky explained. “If your orientation is that the Iran threat is the most important challenge in the region, then it makes a lot of sense for this to happen.”

Even before this change, U.S.-Israel military cooperation was already strong. Eisenstadt pointed out that in some ways, this move just streamlines a relationship that already exists.

“The coordination is so extensive, I’m not sure [the move to CENTCOM] will, in practical terms, have a major impact,” Eisenstadt stated. The U.S. and Israel already “have this long-standing, deep dialogue on Iran. But again, having people there, it’s just always better.”

Advocating for Israel to become part of CENTCOM has not been a talking point for pro-Israel organizations other than JINSA, in part because the U.S.-Israel military relationship is already a deeply ingrained part of U.S. defense infrastructure. “I don’t remember it ever being something that people have been discussing,” Makovsky said. “It seemed as though the reason why we came to it was part of our general work on how to bolster the U.S.-Israel security relationship, and we thought this was a way that would strengthen Israel’s military capabilities.”
Makovsky said CENTCOM officials did not reach out to JINSA to discuss its report, although it garnered some attention on Capitol Hill late last year. In December 2020, several Republican senators, led by Tom Cotton (R-AR), introduced legislation to study the transfer of Israel from EUCOM to CENTCOM. Within a month, before the bill even got a hearing, the legislation was moot.