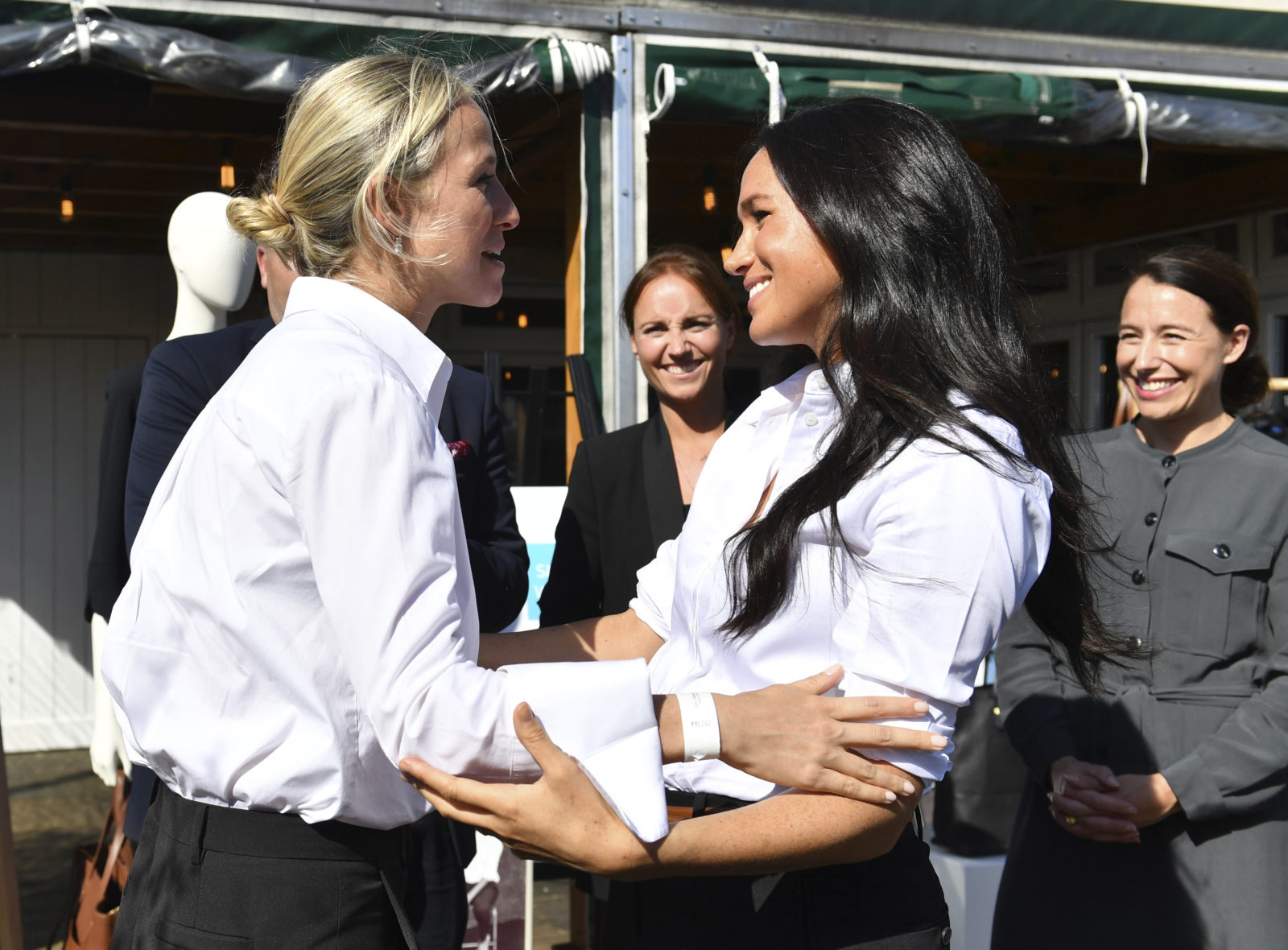 The Nonoos count in their ranks a former ambassador to the U.S. and a world-famous fashion designer

Do you know the Nonoos?

The recent normalization deal between Israel and the tiny Gulf nation of Bahrain has put a spotlight on its even tinier Jewish community. And among its most prominent members is the Nonoo family, the Jewish tribe that traces its roots to Iraq and has reached the top echelons of both government and high society.

Nonoo himself made history in 2001, when he was appointed as the first ever Jewish member of Bahrain’s parliamentary Shura Council. He was succeeded by his cousin, Houda Nonoo, in what has since become a permanent seat reserved for the Jewish community — now occupied by Nancy Khedouri. And Houda Nonoo made headlines around the globe when she was selected in 2008 to serve as the Bahraini ambassador to the United States — the first ever Jewish ambassador from any Arab country.

“That was the most fabulous, fabulous event really, we were so thankful to the king for that,” Ebrahim told JI of Houda’s appointment as ambassador. “Our present king, he takes decisions that are really very, very good decisions even though they might surprise people.”

Ebrahim said while some in the country were initially skeptical over Houda’s appointment, “they quickly changed their minds. I’ve had so many friends of mine, stories, about how appreciative they are of Houda when she was ambassador there. She managed to fix their issues, help them with their problems — she was very hands on with everybody.”

Today, Houda remains on staff at the Bahraini Foreign Ministry — and was on hand at the White House for the celebratory signing ceremony this week. Ebrahim remained in Bahrain, where he was hosted for a meeting by Khalid bin Ahmed Al Khalifa, the diplomatic advisor of Bahrain’s King Hamad.

Houda declined to comment to Jewish Insider this week. In a rare interview granted to Moment magazine in 2011, Houda said her appointment as ambassador came as a complete shock. “The foreign minister said he had good news. I said, ‘you’re joking.’ I didn’t know whether to laugh or cry.” The former ambassador told the publication that she had a “normal Jewish upbringing” in Manama: “It’s no different from growing up like a Jew in America. It’s my religion.”

And Houda isn’t the only Nonoo who has made headlines around the world. Another cousin, Misha Nonoo, is a world-famous fashion designer who is a tabloid staple and a close personal friend of Prince Harry and Meghan Markle — and was long rumored to be the couple’s matchmaker.

Misha was born in Bahrain, raised in London and is now based in New York — where she  lives with her husband, Mikey Hess, a close friend of Joshua Kushner — and oversees her acclaimed eponymous global fashion brand. “There’s no bigger name than Misha Nonoo, it’s really wonderful to see,” Ebrahim told JI of his cousin, adding that she is mostly “far too busy” to visit her home country, though “whenever she can, she will.”

How did the Nonoo family become such a prominent name?

According to Ebrahim, it all started with his grandfather, who left Baghdad in the late 19th century and settled in Manama, lured by trade and commerce opportunities. In 1924, he was elected to the Manama Municipal Council. “He was the first who held a post like that,” Ebrahim said, “and then after that it was me going into the Shura Council in 2001.”

Of course, in that span of 77 years, a lot happened to the Bahraini Jewish community, which shrank from an estimated peak of 1,500 members to its current level of around 30. As in most Arab countries, Bahraini Jews began fleeing to Israel after the state was established in 1948 — spurred on by violence and riots aimed at the community.

“In 1948 things changed,” Ebrahim said. “Their homes were ransacked, the synagogue was looted and ransacked and burned, and that was the turning point that a lot of Jews decided to leave at that time.”

Ebrahim Nonoo maintains that the violence was perpetrated by migrant workers, and not native Bahrainians.

“The Bahrainis were protecting the Jews from any attack,” he said. “It was the port workers and the migrant Arab workers who used to come from Yemen and Oman to work in Bahrain. They were the ones who agitated and created the attacks on the Jewish homes. But that scared the Jews enough to actually start leaving.”

Over the past few decades, the remaining handful of Bahraini Jews have lived in relative harmony with their neighbors, as their numbers continued to dwindle. And while there have been no serious clashes or antisemitism, Ebrahim admitted that the issue of Israel was one the community did not publicly raise.

“You don’t really want to basically upset anybody,” he said. “So in a way, people tend to avoid” any talk of Israel or Zionism. “And they just concentrate on the things that are important to them and Bahrain.”

Nonoo said he has only visited Israel once in his lifetime, when he was granted special permission to attend the funeral of a relative. But with news of the accord, he is eager to visit again — and to welcome Israelis and Jews from around the world to Bahrain.

“We’ll be able to show them around, there might be some relatives of those who used to live here before coming over as well, and they want to know where their parents or their grandparents had lived,” he said. “Most of the buildings in Manama are still there, the ones they used to live in.”

Today, the synagogue in Manama built in the 1930s sits largely unused, as Ebrahim said the small community cannot muster a minyan for prayers. Last year, on the sidelines of the economic peace workshop hosted by Bahrain, the synagogue held a rare prayer service, organized in part by Houda Nonoo.

“I was very moved.” Houda told the Times of Israel at the time. “It’s a historic moment. For the first time in my life, I saw a prayer service with a minyan in my synagogue.”

Last week, the White House revealed that Jared Kushner commissioned and paid for a Torah scroll for the Bahraini Jewish community after learning they were lacking one. While Kushner presented the scroll to King Hamad two weeks ago, Ebrahim Nonoo said he did not know the Torah’s whereabouts.

“We’re extremely appreciative of this very, very generous donation,” he told JI. “I don’t know where it is yet — but I’m looking forward to it,” he said, adding that he heard about its existence through media reports. “I really don’t know but… it’s a very appreciated offer.”