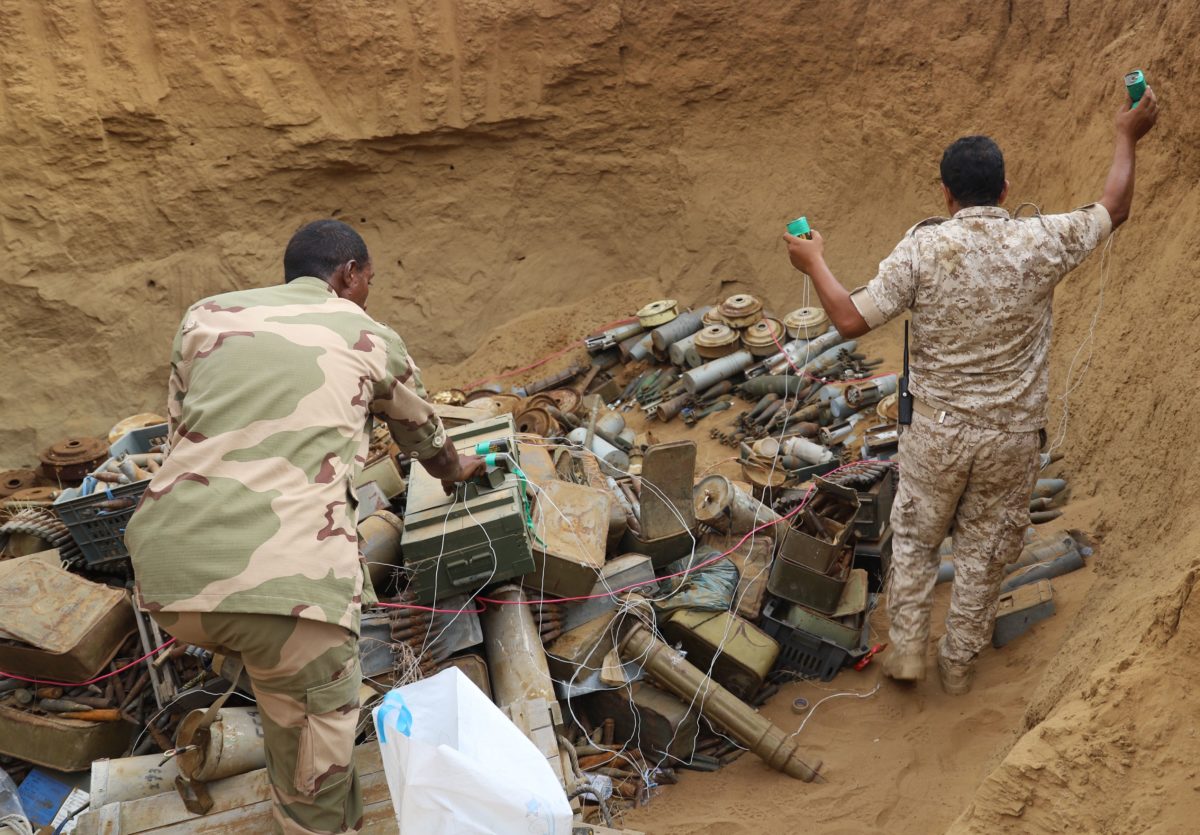 A joint Saudi-backed Sudanese-Yemeni military experts force removes and deactivates some 5,000 landmines on January 30, 2021, which they said were planted by the Iran-aligned Huthi rebels in Yemen's northern coastal town of Midi.

In a letter addressed to President Joe Biden and obtained by Jewish Insider, a bipartisan group of 17 members of Congress urged the White House to redesignate the Houthis as a Foreign Terrorist Organization. The members also argued that withdrawing the Houthis’ prior FTO designation “has done little” to improve the humanitarian situation in Yemen and only fueled further violence from the Iran-backed group.

The letter, dated Feb. 8, was sent amid heightened concerns over escalating Houthi attacks on the United Arab Emirates and U.S. forces in the Gulf.

The Biden administration removed the Houthis, a Yemeni militia group, from the FTO list in February 2021, with an eye toward ensuring humanitarian aid continued to flow into Yemen. Following a series of attacks against targets in the UAE, the Biden administration has publicly and privately mulled reversing course.


The lawmakers, led by Reps. Mike Waltz (R-FL) and Seth Moulton (D-MA) emphasized that there had been a significant uptick in attacks on U.S. partners and forces in Gulf states since the U.S. withdrew the FTO designation and that the humanitarian aims have been unsuccessful.

“I understand that removing the designation was meant to help the dire humanitarian situation in Yemen, but it has done little outside of embolden the Houthis to escalate their attacks and block reconciliation efforts in the country,” the letter reads.

The lawmakers also claimed that the Houthis had diverted aid meant for the Yemeni people.

“The U.S. relies on our relationship with the UAE to promote regional security and address pressing global challenges,” the lawmakers continued. “This is a critical time to stand shoulder-to-shoulder with an important ally while they are under assault, reiterating our commitment to the US-UAE strategic partnership.”