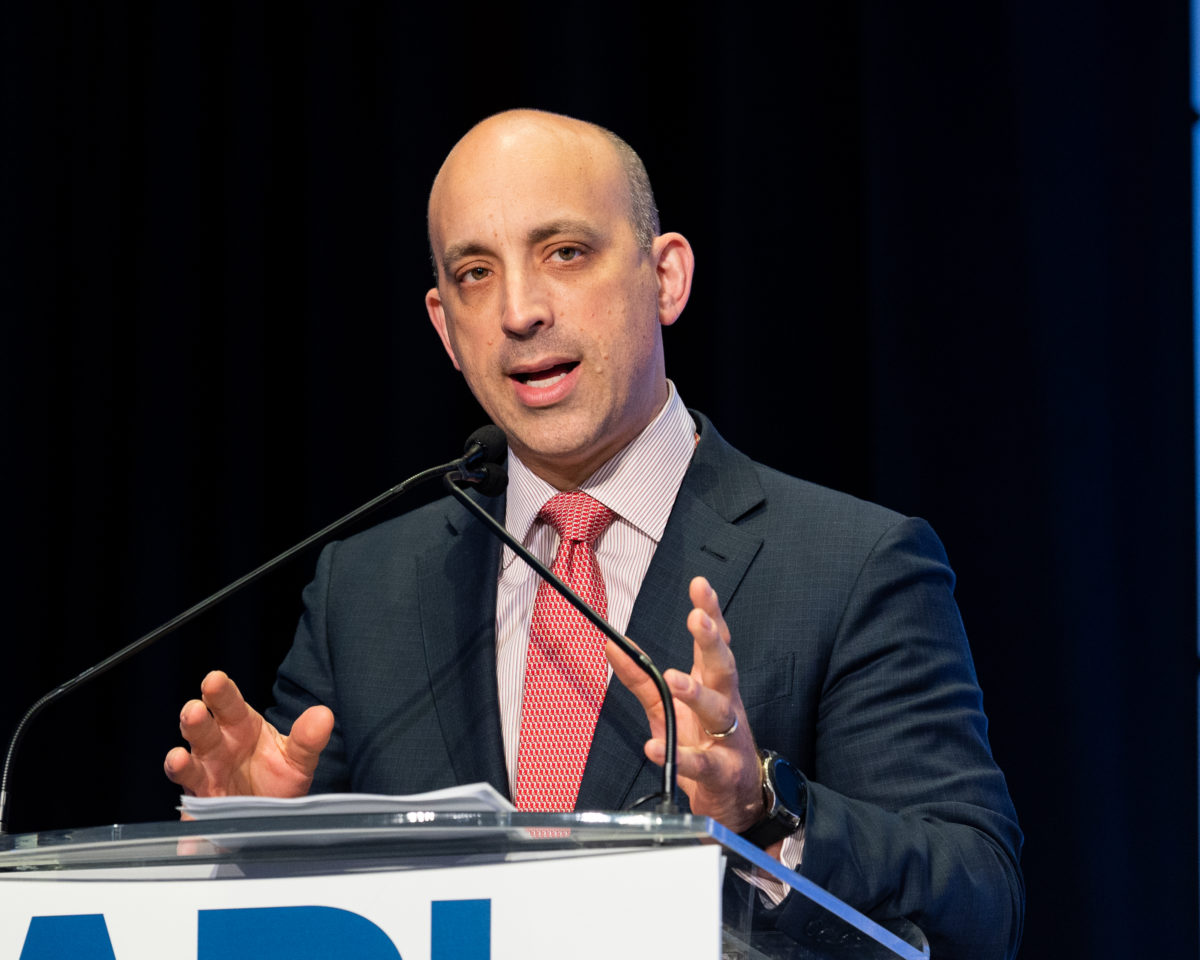 The Anti-Defamation League, along with the District of Columbia, have filed a civil lawsuit against the far-right Proud Boys and Oath Keepers organizations for their roles in the violent riots at the U.S. Capitol on Jan. 6.

“ADL’s experts tracked the planning for the January 6 attack on the Capitol. We helped to identify the perpetrators and any connections that they had to groups like the Proud Boys and the Oathkeepers,” ADL CEO Jonathan Greenblatt said at a press conference outside the Capitol on Tuesday. “We are deeply honored now, to be putting that expertise at the service of the District of Columbia and the brave officers who were injured or killed as a result of that day.”

Greenblatt decried the events of Jan. 6 and spoke of their particular resonance for members of the Jewish community.

“For the Jewish community, seeing individuals wearing antisemitic T-shirts with images like ‘Camp Auschwitz’ on them while storming the Capitol building was particularly searing and traumatic,” said Greenblatt.

The civil lawsuit, which names the two organizations and more than 30 individual defendants, calls their actions “a coordinated act of domestic terrorism.”

Greenblatt told Jewish Insider that the ADL has been “working with the attorney general, with Karl, literally since the event happened: Was there a way for us to use the law to address these issues in a civil way, irrespective of what might happen on the criminal side?”

The lawsuit relies on the Ku Klux Klan Act of 1871, a federal statute intended to protect against violent conspiracies. The statute was recently used in the federal civil lawsuit against the organizers of the violent Charlottesville Unite the Right protests in 2017. The jury deadlocked on the charges stemming from that federal law, and the defendants were instead found liable under Virginia state law.

“There’s no doubt that I think you’ve seen a series of lawsuits, not just the one brought by Integrity [First] for America [in Charlottesville], but also the lawsuits brought by the Lawyers Committee, NAACP, against these different groups,” explained Greenblatt. “I think that body of law is there. And we’re simply taking advantage of it to make sure that these organizations will be held accountable.”

Unlike in the Charlottesville case, the District of Columbia suit does not refer specifically to antisemitism. But, Greenblatt added, “make no mistake that the people engaged in this activity — we’ve seen the Proud Boys, the Oath Keepers, many of these organizations, engage in the kind of antisemitic rhetoric [and] engage in the kind of anti-Jewish hate. So it’s part and parcel of these organizations in the way that they operate.”

The goal of the lawsuit, according to the plaintiffs, is accountability and serving as a deterrent to future would-be insurrectionists. But it is also to secure damages for Washington, D.C., municipal employees, police officers in particular, who suffered physical and psychological harm on Jan. 6.

The defendants “caused actual physical and financial harm to our city employees and our residents,” Racine said.

In the 11 months since the Jan. 6 riots, Greenblatt and the ADL have continued to track violent rhetoric and threats. “I’m extremely concerned about the prospects for violence around the elections,” he said. “It’s really ugly, and so we don’t think this is dissipating, which is why we need to be relentless.”